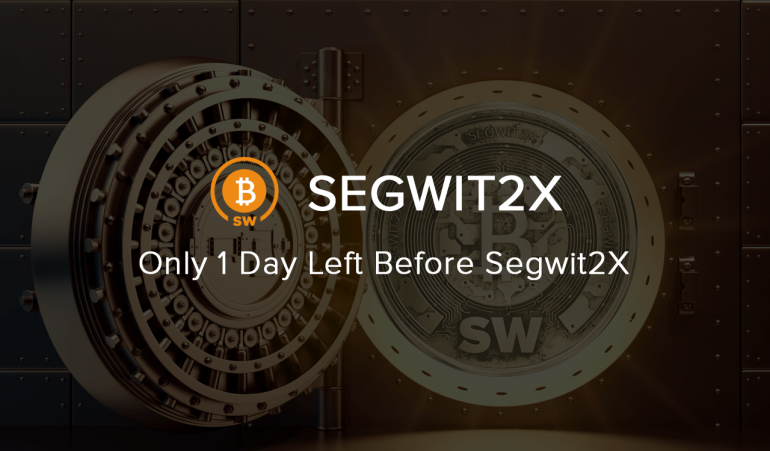 One of the main hard forks in the history of Bitcoin named Segwit2X, will be released on December 28th, 2017 on the block 501451. It was expected to occur in mid-November, but the date was redefined. Still, futures trading has started and is still conducted at numerous exchanges at a price about 0.04 BTC (HitBTC).

Hard fork plans to solve the fundamental problems of BTC, while its goal is not the replacement of the original Bitcoin, but the effective coexistence of two cryptocurrency networks. At the same time, the miners and developers believe that B2X will gradually displace the original Bitcoin in the field of micro and medium transactions.

Currently, futures for this fork are already traded on such exchanges, as: HitBTC, Exrates, YoBIT, as well as they are available in such wallets as Zumminer, Webmoney, etc. After the announcement of the renewal of the project, the cost of futures increased more than 3 times.

Apart from implementation of Segregated Witness, a new version of Bitcoin already has other significant improvements. The size of a block was increased to 4 mb, the rate of block production reached 2.5 minutes. Each Segwit2X holder will receive a unique address format. Moreover, the complexity of mining will be recalculated after each block. Segwit2X uses X11 encryption algorithm and has protection against repeated transactions.

This is not a full list of improvements. Some features are being developed and implemented at the moment, some are planned and included into the Roadmap. Soon Segwit2X will be even more advanced after getting such new functions as ZkSnark, Smart Contracts, anonymous transactions and support for Lightning Network for instant transactions.

When the fork occurs, each BTC holder will have an opportunity to receive B2X in the ratio of 1:1 as well as a pleasant bonus. It is known that Bitcoin of Satoshi Nakamoto mined in the first year of network’s existence will be proportionally distributed among those who stayed committed to the cryptocurrency. In the very near future, there will be an option made additionally available for users to receive coins by extracting a private key in their Bitcoin’s segwit2x wallet.

If the exchange or used wallets do not support this fork and does not accrue new coins to users, it actually means that they take them by themselves. Due to this, community support is extremely important if everyone wants to receive a New Year’s bonus. Each user has the right to ask the exchange or wallet the question about adding Seqwit2x fork. The more such questions will be, the faster the exchanges and wallets will be able to make a positive decision and accrue the holders of Bitcoins with their legal money — Bitcoin Segwit2X.

As the project CEO, Jaap Terlouw, says: “Commission and transaction speed within the Bitcoin network reached inconceivable values. In the last month, the average commission of the network was 15 US dollars! While Bitcoin turns into a digital analog of gold, it is simply impossible to use it as a payment tool.”

The most common questions on crypto-forums are how to keep the mined coins, which coins to choose and what the hard fork will bring a simple crypto-investor. The answers to these and many other urgent questions can be found on the official website — http://b2x-segwit.io and in the social channels of the project: