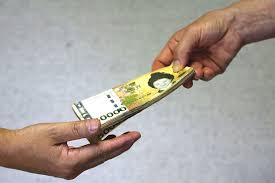 The blockchain industry will expand over the next few decades, with the hope that the country to adopt the technology would lead the tech space for at least 30 years.  However, a large percentage of cryptocurrency enthusiasts believe that the country is in Asia, with North America and Europe coming in second and third place respectively.

Asia to Be the Continent for Powerful Cryptocurrency Companies

Gabor Gurbacs, the digital asset director at VanEck/MVIS recently carried out a poll, asking users to choose the continent that would be home to some of the most potent cryptocurrency companies.

A large percentage of the respondents chose Asia ahead of North America and Europe. Gabor asked “Which continent will be the home for most of the important and powerful crypto companies in 10 years? Why? Which countries?”

Asia took the larger percentage, accounting for 58 percent of the vote. North America meanwhile has 22 percent, Europe 14 percent, and the other continents have just a 6 percent chance. Over 2,000 votes were cast, with most of the voters of the view that Asia will be home to powerful crypto companies.

The home to the blockchain industries would benefit from the massive adoption that the industry would experience over the coming decade. A Twitter user, Hodlonaut followed up saying, “#Bitcoin not crypto.  Whatever country is first to adopt will be the primary global financial power in 15-30 years. A 5 percent position is easy for most countries. This will have a value of $20-50 trillion USD equivalent. That country will be a magnet for development.”

Different users opined with different reasons as to why each continent would lead the blockchain sector over the coming decades. Even so, most were in support of Asia, considering the structure in place and their openness towards tech and blockchain.

On the same vein, Asia seems to be at the forefront of technology and adoption for Bitcoin and digital assets with a better regulatory direction, framework, guidance, and acceptance. In addition to that, a user cited the Project Ubin by the Monetary Authority of Singapore (MAS) to highlight the progress made by countries in Asia in crypto over the past decade.

Don’t Rule Out the United States

While most people are rooting for Asian countries, Gabor commented that the United States should not be ruled out of the contest. He’s what he says:

“I continue to be impressed and saddened by the number of talented crypto inventors, entrepreneurs, and investors seeking a place to build outside of the U.S. The lack of regulatory clarity has a high opportunity cost and effect on outlook.”

Those who support this point believe that despite the slow regulations, the status of New York as the global financial hub and Silicon Valley as home to tech puts the US at an advantage. While the United States is slow to catch up, there is optimism that it will lead the blockchain space soon.

However, this optimism is not shared by the majority of the crypto space. Singapore has had special mentions, with some regarding it as home to most cryptocurrency companies. Another point for developing countries is there needs to change and make lives better for their citizens. Besides, some crypto supporters believe Asia and Europe are too established to spark massive adoption.