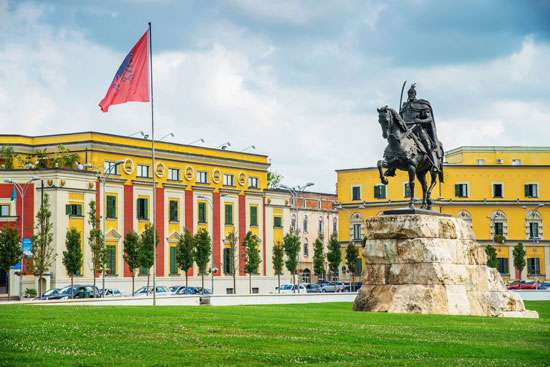 With the target to create a crypto-friendly legislation environment while parallel showcase better and improved competitiveness/leadership in the Balkan Region of Europe, Prime Minister of Albania Edi Rama highlighted out that the gov is open to new developments and ways to attract investments.

According to TiranaTimes – On October 22nd, Mr. Rama noted how Albania could become a hub of potential for investors to target and be part of the revolution that virtual money could bring. The officials are working on drafts and assessments to introduce regulation proposals already.

“As part of our effort to open up new markets and create new opportunities for well-paid jobs and qualified people… we are exploring the possibility of setting up a regulatory framework on cryptocurrency which is a shocking novelty nowadays and where the opportunity to be innovative and set up a center of gravity for innovative financial markets is open for every country despite their level of development,” says Prime Minister Edi Rama.

“For the moment, we are assessing and working on the drafting of a regulatory framework after having conducted a thorough analysis and study. If the results are satisfactory, then we will promote even outside Albania, the country’s willingness to become a hub for numerous potential investors that target getting involved in this revolution of global finances,” Rama said last weekend, speaking at a ceremony on the launch of the Albania-Italy offshore section of the major Trans Adriatic Pipeline bringing Caspian gas to Europe.

Despite the yearly long tanking and negative stance held by Albania’s Central Bank, this marks a date of embarking into a new page of workforce modernization. The ACB and the Financial Supervision Authority continuously warned traders or investors of crypto-risks and it never licensed a firm to issue its virtual coin.

Based on the comments, it is well understood that the country’s government is aiming to become the next Island of Malta which offers a friendly-regulated space for cryptocurrencies startups and firms in general.