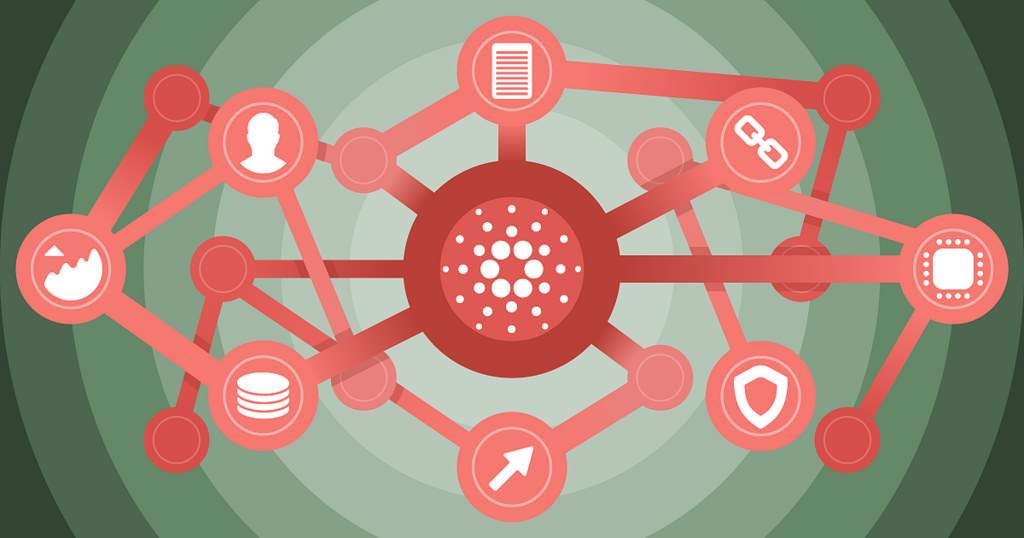 Last year, ADA prices did sink, printing new lows but then the team behind Cardano were unfazed and on a development overdrive, crashing milestones. No doubt, The Cardano Foundation, Emurgo and IOHK are working overtime and not just rehashing stuff. They are perhaps the only team working in detail, doing research and looking forward to employ formal methods in a system that will one day—at Voltaire, process billions if not trillions of transactions.

Now, days after announcing the release of Cardano 1.4 update, a necessary upgrade that will see enhanced performance, efficiency and hard drive space saving, the team followed it up with the release of the official proof of stake white paper. This paper, according to Sebastian Guillemot—who is the R&D Engineering lead at Emurgo, is “fundamental to having sidechains on PoS systems and is the first rigorous definition of sidechains in PoS”.

Today IOHK published the Proof of Proof of Stake paper! What a way to end the year!!! The paper is fundamental to having sidechains on PoS systems and is the first rigorous definition of sidechains in PoS. Huge impact for Cardano and crypto in general! https://t.co/wHsoOcMuEQ

It’s a milestone for the crypto and blockchain space as it is something new, peer-reviewed, a prove and a guide where developers can reference when constructing sidechains on proof of stake networks.

According to Cardano, the whitepaper is “a side-chain construction that is suitable for proof-of-stake (PoS) side-chain systems” because “PoS blockchain protocol used in Cardano which is one of the largest pure PoS systems by market capitalization.” 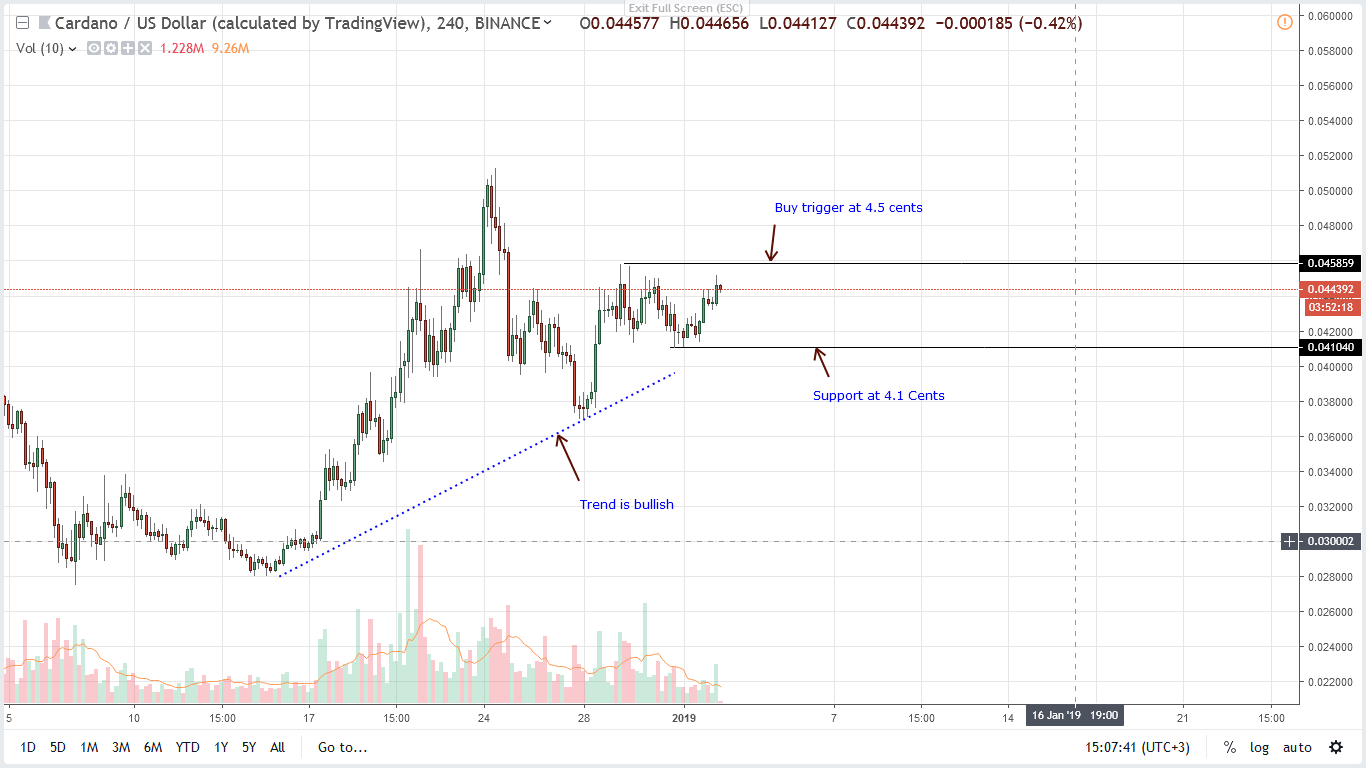 From the chart, it is clear that buyers are in charge and after plummeting below 6 cents in mid-November before recovering a month later, there is reprieve for coin holders. As it is, immediate resistance is at 4.5 cents. It marks Dec 28 highs. And as a buy trigger line, it would be ideal if confirming price spikes are accompanied by above average volumes exceeding those between Dec 15-20–when volumes averaged 70 million.

If prices print above 4.5 cents, then the next target will be 6 cents with fitting stops at 4.1 cents—the lower limit of the current trade range. Else, any drop below 4.1 cents could see ADA prices tumble towards Dec 27 lows of 3.6 cents before collapsing to the coin’s ATLs of 2.8 cents.

Our short term Cardano (ADA) trade plan is as follows: 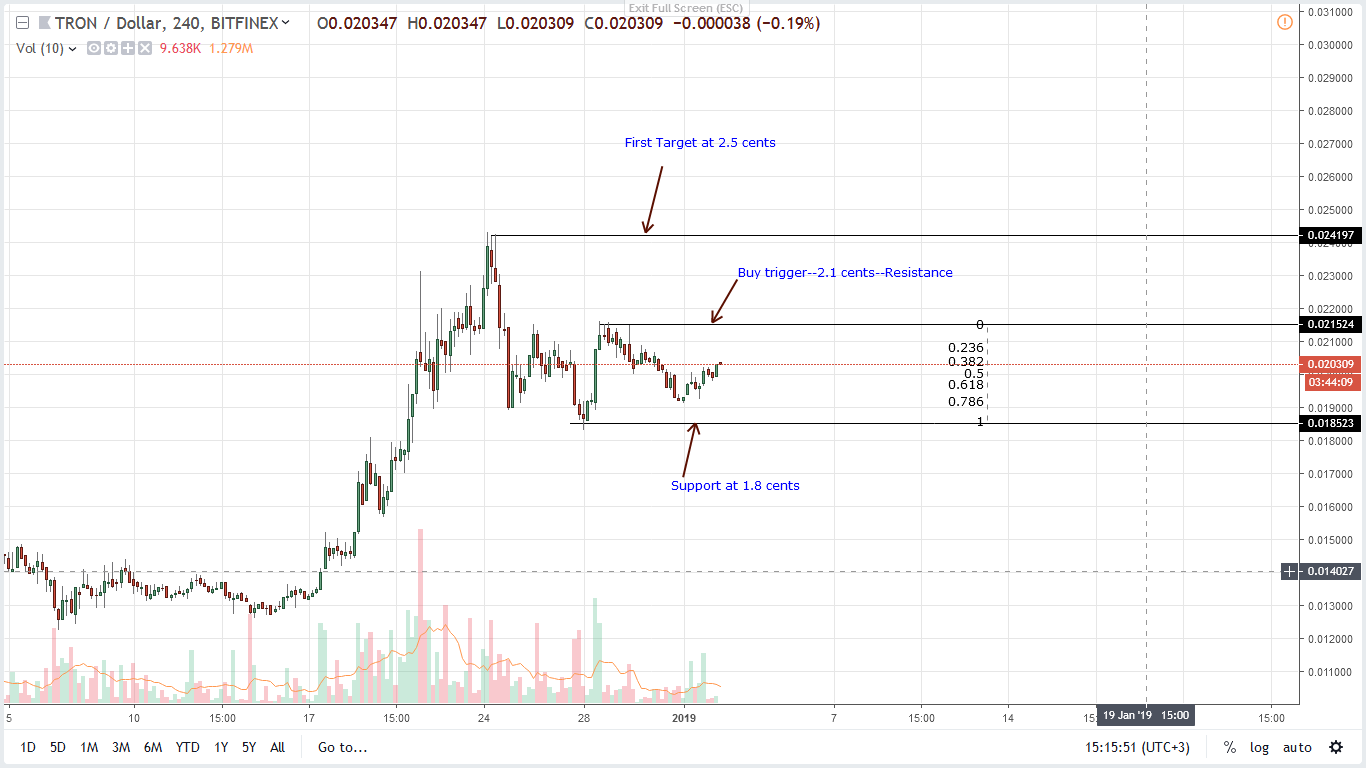 At 11th is Tron (TRX). It is perhaps one of the most active coins around and after adding 2.7 percent in the last day, the path of least resistance is upwards. Though we retain a bullish outlook on this pair, prices will likely expand and even blast above 2.5 cents if there is enough momentum to breach 2.1 cents or Dec 28 highs.

Read: TRON Gaming Should Lead the Way for TRX in 2019

From candlestick arrangement, this is likely to print out because not only is price recovering from the 78.6 percent Fibonacci retracement level but there has been confirmation of trend continuation thanks to Jan 1 above average high-volume bull bars.

Aggressive traders can buy at spot but better opportunities are available once prices rally above 2.1 cents. Our TRX/USD trade plan will be as follows:

All Charts Courtesy of Trading View—BitFinex.