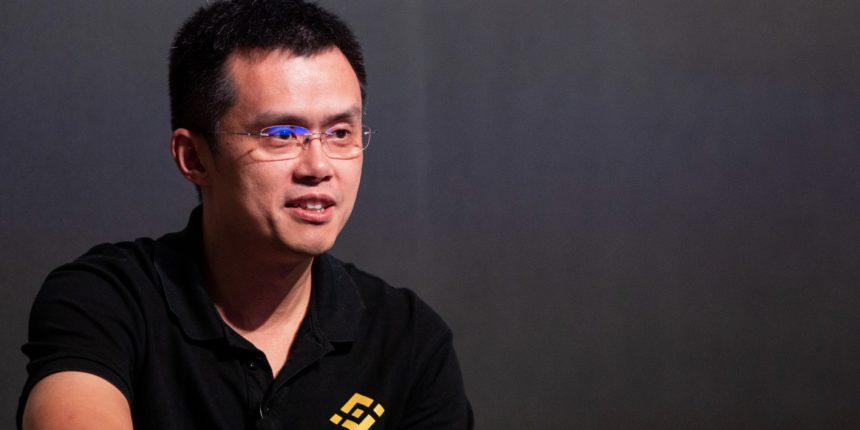 Two weeks back, the crypto market saw a historic event: both Bitcoin and Libra were mentioned in name by the sitting American President. Surprisingly enough, Donald Trump’s thoughts, or his administration’s thoughts rather, weren’t all too optimistic.

In a three-part Twitter thread that got picked up by just about every mainstream outlet, the businessman-turned-world leader was overtly bearish on Bitcoin, calling it volatile, inherently invaluable, and a medium for criminal financial activity. As covered by this outlet, Trump opined:

I am not a fan of Bitcoin and other Cryptocurrencies, which are not money, and whose value is highly volatile and based on thin air. Unregulated Crypto Assets can facilitate unlawful behavior,

As a result of this sudden tweetstorm, which many say would cement Bitcoin as “dangerous” in the eyes of millions, some investors began to run scared.

But, Binance’s chief executive, among other pundits in the space, don’t think that this is the case. Far from, in fact. Speaking to CNBC in a recent interview, Changpeng Zhao, or CZ as the industry executive is lovingly known as in the cryptocurrency community, noted that Trump’s tirade against the crypto space is actually net bullish for the industry.

CZ noted that as Trump hasn’t done anything “positive or negative” but issued those tweets, he would be inclined to suggest the messages were positive. He adds that even if the American leader tried to ban Bitcoin, for instance, it wouldn’t be the end for this ecosystem:

Cryptocurrency will survive regardless of any one country.

So in other words, Trump’s tweet should only result in stronger network effects for Bitcoin and other cryptocurrencies, not the other way around.

He isn’t the only one to think so. Speaking to Yahoo Finance, Fundstrat Global Advisors’ resident cryptocurrency bull, Thomas Lee, made it clear that he’s unfazed by Trump’s impassioned roast of this budding industry. He explained that Trump’s comments “makes the other 99% [of the world] more aware [of cryptocurrency].” And if 1% of this new audience somehow finds value in the cryptocurrency market, the size of the community surrounding this asset class would de-facto double instantly.

“It’s going to force everybody who is not involved — and remember a very small percentage actually cares about crypto and bitcoin — it’s going to force the other 98% of the world to think about what it means,” he added while in discussion with Yahoo’s anchors.

Also, as covered by Ethereum World News previously, industry researcher Alex Kruger believes that the odds of there being a U.S. “Bitcoin ban dropped from extremely low to almost zero” following Trump’s comment and a press conference with the U.S. Treasury Secretary, Steven Mnuchin.