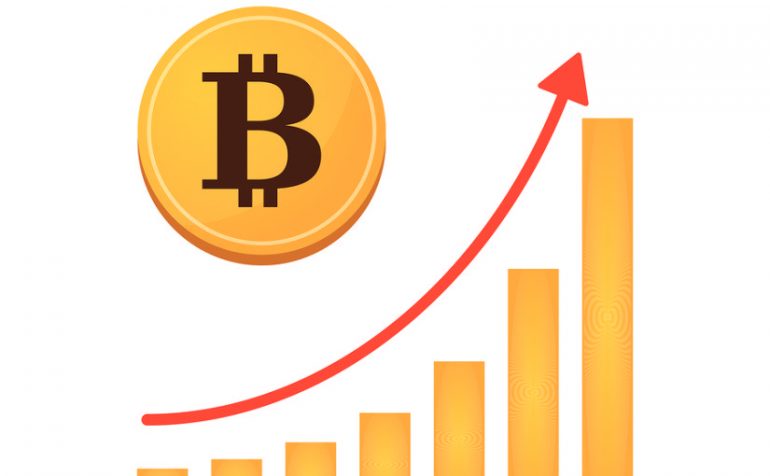 Bitcoin or better to say the New Gold.

Bitcoin if everything works as smooth as it did, it could do better than stocks and bonds the rest of the year, based on what the first major Wall Street strategist to issue a report on the digital currency.

“It has a lot of characteristics that are very similar to gold that I think will make it ultimately attractive as an alternate currency,” he said. “It’s a good store of value.”

Here’s Lee’s comment and thoughts for the end-of-year time around bitcoin:

Would you rather own bitcoin versus a basket of U.S. stocks?

Will bitcoin be the best performing asset?

Bitcoin climbed past and over to record highs this week above $3,500, which is more than three times in value for the year even with the hard fork split in the currency last week into bitcoin and bitcoin cash, an alternative version supported by a minority of developers.

Another digital currency, ethereum, rose 1 percent to just under $300, according to CoinDesk.

Lee published a report in early July outlining the potential for bitcoin to rise above $20,000 and potentially reach $55,000 by 2022. Formerly the top stock strategist at JPMorgan and a perennial favorite of big institutional investors, Lee was also one of the few on Wall Street to predict that a Donald Trump win in last year’s election would cause stocks to rally, not fall like most had seen.

Lees Other Reasons for the belief in the Future Surge for the Dominating Cryptocurrency:

“Institutions have to directly buy the coin today through a broker, but both the CBOE and the CFTC have opened up options futures trading, so I think it’s going to grow in holdings,” he stated.

In the last month, the Chicago Board Options Exchange said it plans to offer bitcoin futures by early next year, while the U.S. Commodity Futures Trading Commission approved a digital currency trading firm called LedgerX to clear derivatives.

Market strategists have noted there are few highly attractive investment opportunities with U.S. stocks at all-time highs and bonds steady as the Federal Reserve remains on a gradual pace of monetary policy tightening and gold in a trading range.

The median S&P 500 target of strategists surveyed by CNBC is 2,475, just a point above where the stock index closed Wednesday. Lee happens to be the most bearish among those strategists with a year-end target of 2,275, or 8 percent below Wednesday’s close.