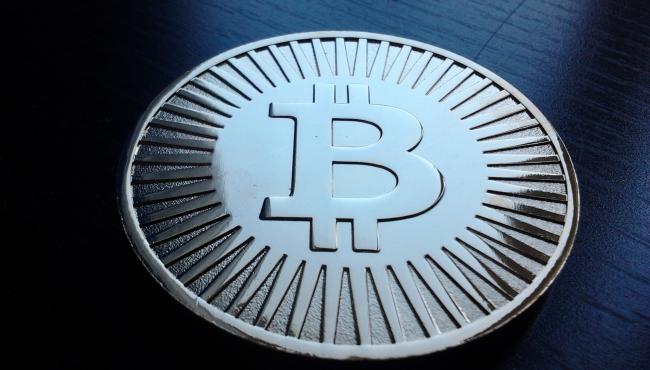 Bitcoin has managed to rise above $7,000 after dropping below that price level on Monday (August 6, 2018). The top-ranked cryptocurrency leads a day of positive price movements for the greater majority of the crypto market. Experts point to the emergence of positive market sentiments as a precursor to an imminent bull run.

Bitcoin Back in the Green

At the time of writing this article, BTC is currently trading above the $7,100 mark cementing its place above $7,000. Traders will be hoping that the top-ranked crypto surpasses and maintain the $7,200 support level. BTC has so far gained more than two percent within the last 24-hour trading period.

Despite the current price growth, its weekly performance is still in the negative, following substantial declines in the first six days of August. BTC has declined more than eight percent since the start of the month. However, the crypto’s 30-day performance stands at 9 percent. 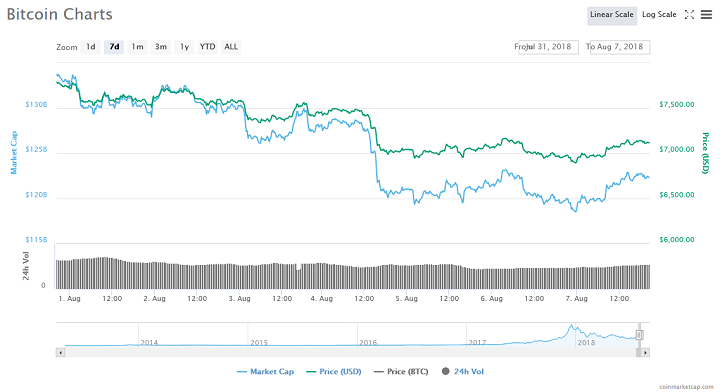 Commenting on the current market situation, Fundstrat analyst and BTC bull, Tom Lee, said that Bitcoin’s increased dominance over the cryptocurrency market is a sign of an imminent price rally. Lee also referred to his company’s legacy Bitcoin Misery Index (BMI), saying that BTC was currently at 37 which is close to the 27 level that signifies optimal price performance. According to Lee, the raft of recent positive developments in the space will soon begin to have an impact on the market.

Apart from BTC, the rest of the cryptocurrency market has enjoyed a moderately favorable day. Ethereum, Bitcoin Cash, and Stellar have all enjoyed positive price movements. In fact, only three out of the top ten coins has declined over the last 24 hours. MIOTA leads the losers pack, dipping by more than seven percent while XRP has shed almost three percent of its market price.

MIOTA’s performance is indicative of its apparent recent decoupling from the rest of the cryptocurrency market. During the bearish trend of the previous few days, MIOTA showed some significant albeit, short-lived growth.

In another development, the number of BTC ATMs in the world reached a milestone figure of 3,500 on Monday. According to Coinatmradar, there were only 1,000 of such ATMs worldwide as of February 2017. A large percentage of the BTC ATMs are located in the United States and Canada with Europe and Asia the other popular host regions.

Do you think this is the start of another Bitcoin price recovery? Keep the conversation going in the comment section below.

Image courtesy of Coinmarketcap and Coinatmradar.