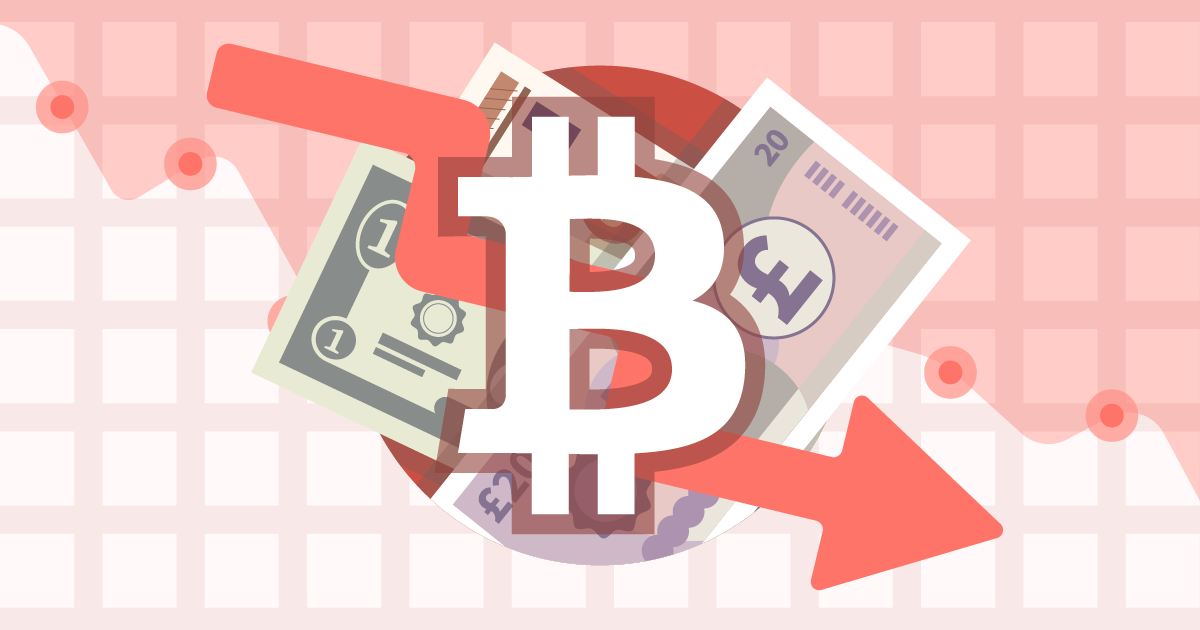 Bitcoin (BTC), Cryptocurrency–While the start of 2019 has brought about a wave of development for the interest and adoption of cryptocurrency, coin prices took a hit amidst market-wide selling.

Bitcoin, which had managed to trade with relatively low price volatility through the second half of January, fell nearly 4 percent on the day, bringing its price below $3500 and approaching the critical mark of $3,000. XRP likewise dropped during the massive selloff, with prices falling over 5 percent to $0.29. However, despite the drop in valuation, the XRP coin was able to widen the gap in market capitalization between itself and third-ranked Ethereum, with the latter experiencing the worst losses of the top 5 currencies. At one point, ETH was down over 8 percent, with the price dropping to $106 and threatening to go below $100 again if the sell-off persisted.

Rounding out the group of top cryptos, Bitcoin Cash sitting in the sixth position by market capitalization had the worst day, plunging 11 percent to a relative low in 2019 of $112. While Bitcoin Cash has managed to stay ahead of the next closest currency Litecoin as of writing, LTC and its investment base eagerly awaits the celebration of another “flappening” to lift their coin above a Bitcoin-derived rival.

BTC, which had looked to build price stability into the second month of the year after experiencing a price drop in early January, instead fell to its lowest valuation of 2019. Bitcoin losses amounted to their worst since December, with many pundits claiming that the investment pain of last year’s bear cycle is rearing its ugly head once again. As Bloomberg was careful to point out, the optimism of turning a new calendar year led many investors and cryptocurrency enthusiasts to hope for the best, despite the industry being down over $400 billion in the past twelve months.

With the most recent round of selling, the entire market capitalization of cryptocurrency approaches a precarious evaluation of $113 billion, down precipitously from a little over a year ago, when most analysts were predicting a trillion dollar market cap to be just around the corner. Bloomberg also reports that technical analysis for Bitcoin is looking equally grim, with the industry leading cryptocurrency entering a renewed selling trend for the first time since November 2018. The last time BTC experienced a sell signal, the coin plummeted nearly 50 percent in the span of two weeks–a price movement that was precipitated by the industry implosion over Bitcoin Cash’s contentious hard fork.

However, not all in cryptocurrency are dismayed by the state of the market. Despite conceding that the current price depression could persist for more than a decade, with coin prices taking 11 years or longer to return to their peak of December 2017, Cardano’s founder Charles Hoskinson remains highly optimistic about crypto and blockchain. As previously reported by EWN, the IOHK CEO believes industry maturation is a more pertinent focus than valuation,

It might take 11 years for us [the crypto industry] to recover back to where we were in 2017, but we will be a dramatically different ecosystem at that point. We’ll have millions, perhaps even billions of users. We will be in many consumer products, be easy to use, [even] grandma can use it. A lot of the hard stuff will have been figured out.

Hoskinson also went on to explain that industry maturation would be the surest route to enticing institutional investment, a move that would provide a huge windfall for cryptocurrency.