Bitcoin Cash Prediction on Point – BCH Takes Over the Weekend 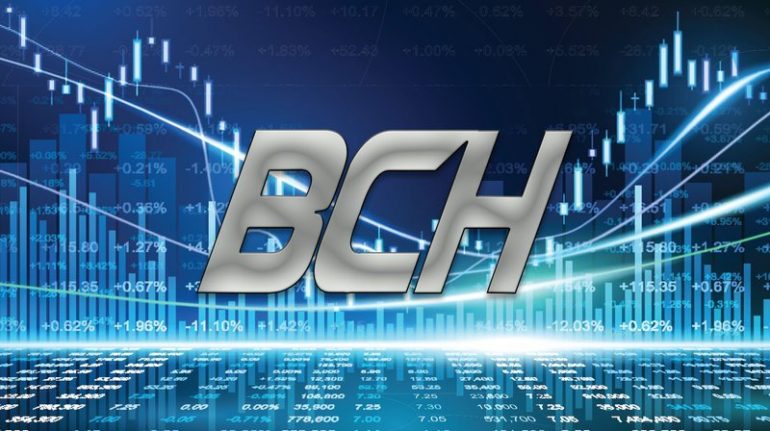 Bitcoin Cash returned speedy from its lows of $300, broke out of the range bound and continued gaining. The value paired with USD gain almost 20 percent only in the last 24-hours.

The chain family member of Bitcoin which was ‘born’ in August, is taking a spiking turn upwards this weekend. On our previous press related to BCH/USD market development, we mentioned that if the price brakes above the range bound $300-$400 that has been going on since Oct 4th, while keeping a stable increasing pace then BCH will be aiming next the $450. 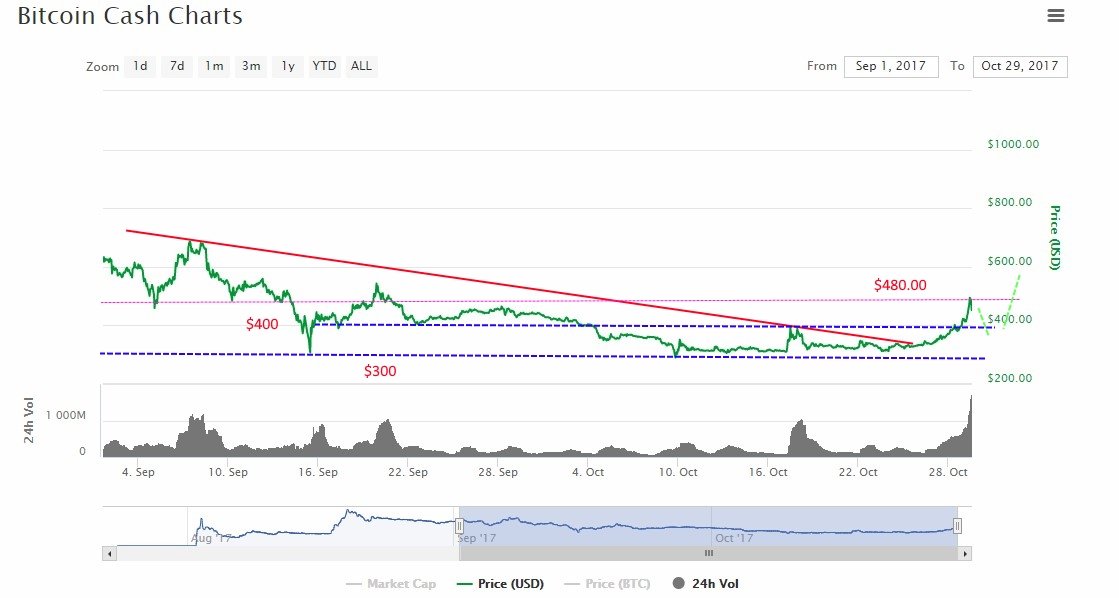 Breaking above the declining trend and the range area, gave confidence to the bulls hoisting the value up today to $494.13. The particular mark for Bitcoin cash as expected showcased quite the hurdle to be passed as the $480 and $500 did act in the past as supports and barrier levels. [The three levels marked above should be kept in mind before putting any trade as their role is major in any further step that the value is trading].

A pullback for the moment is being experienced while Bitcoin Cash is trading at $458.27 against the US Dollar after the massive recovery surge over the weekend.

As we are getting really close to the mid-Nov Segregated Witness 2x Hard Fork, there is a confusion-cloud being ignited throughout the community of Bitcoin on which side to pick – the new chain that will be formed which could be just another Cash, Gold – Bitcoin, or the original Bitcoin blockchain or legacy of the network.