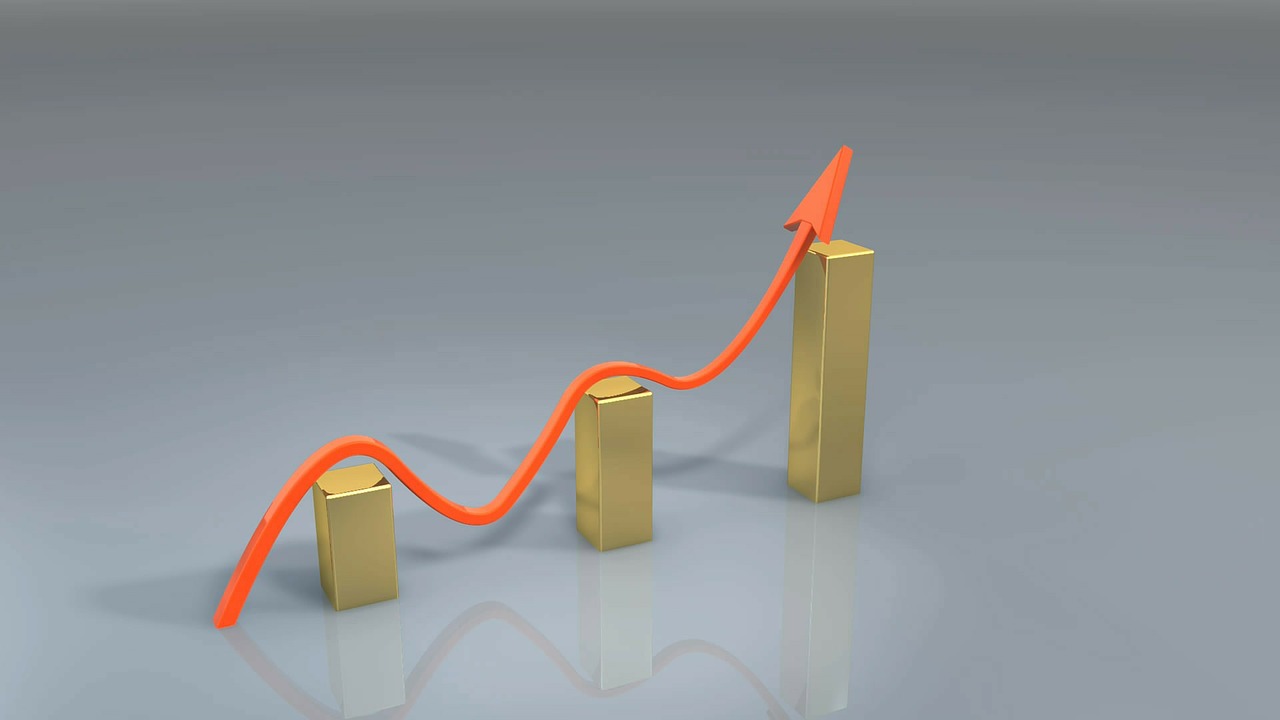 For true distribution and decentralization then replication in blockchain is inevitable. Replications are done via miners who not only hold the copy of the blockchain but actively secure the network while simultaneously preventing double spends. Miners are the cogs that reflects what decentralization and blockchain is. Without them colluding and attacking the network, then we have one solid chain over which immutability is guaranteed through proof of work.

Bitcoin Cash and ABC did compete to be the longest chain with different level of support from the community. Now with the split and the slash of BCH market cap by half, CSW and CoinGeek have a valid platform to pitch their proposals and perhaps overtake BCH—the official chain supported by a majority of full nodes and secure with better hash power.

Though their contention is ideological, the ramification will be long-lasting. Not only will it affect how future hard forks—especially when two popular factions clash—will be handled but measures could be put in place to avoid such squabbles and capital loss. Already ABC has rolled out a 10-block checkpoint system to defend against “deep hostile reorgs”. It’s a fundamental change. While they beef up, Bitcoin Cash ABC did open windows for consensus chain splits and more opportunities—and damage–the would-be attacking miner can inflict on the network.

Technically, the path of least resistance is to the south. But it appears as if there is a change of momentum thanks to yesterday’s surges which reduced weekly losses, propelling prices from Nov lows. At spot prices, BCH is stable down three percent and 23 percent in the last day and week helping it climb up the liquidity table to fourth with a market cap of $3.2 billion. 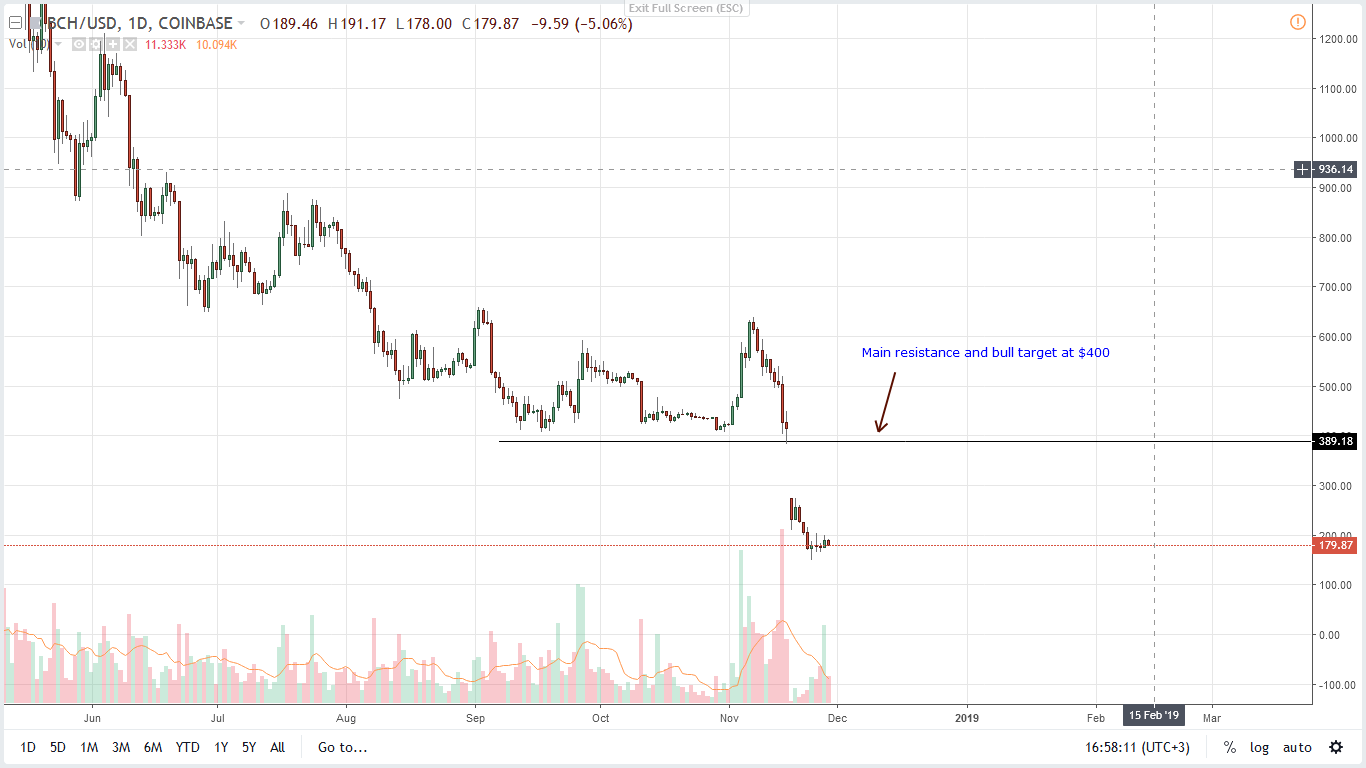 It’s easy to see why. There is a clear down gap separating the recent block of price action from the pre-hard fork tranquility which had BCH trading above $400. Now that we had a conspicuous break and close below $400 cementing losses of early August when prices broke below two key level of support—the 12-month support trend line and $600, the trend is obviously bearish. We cannot discount chances of further draw-downs towards $100 tallying with BCH SV valuation.

Market participants are cautious and with most exchanges—including BitFinex suspending BCH pairs, volumes are drying up. And it’s easy to see its effects. You cannot compare pre-hard fork volumes with averages of around 30k with recent transaction amounts of around 20k or lower. Regardless, for bulls to be in control then we must see volumes complementing Nov 13 bull bars—32k versus 11k average. If not and bars continue to print low volumes, then odds are we shall see a drop below $140 quashing yesterday’s bulls.

What we have in the daily chart is a bear breakout pattern. The gap down days after the hard fork did confirm the breakout below $600 in early August. Therefore, as long as BCH/USD is trading below $400—a psychological resistance level, then sellers are in control.

Thing is, it will take a lot of convincing before we fade the market especially when we take a top-down preview. All pointers indicate that the past day upsurge is nothing might be nothing more than a dead cat bounce. That’s unless we see moves above $230 at the back of strong bulls—read volumes—confirming Nov 28 gains and completing a Morning Star pattern. Once that prints, then aggressive traders can buy on dips in lower time frames with stops at around $170 with first targets at $400. Meanwhile, conservative traders will load up once we have a double bar bullish reversal pattern with bulls recouping last week’s losses printing above $290 with clear volume spikes.