Only in the last day (in 24 hours) Bitcoin Cash (BCH) surged around 50 percentage point after the new network successfully mined the first 8mb block.

With the ‘debateful’ and not so certain subject relating to the next Bitcoin split that gives out that Bitcoin Core could fork – Bitcoin cash surged up to $748.37.

For the moment, based on Coinmarketcap, Bitcoin Cash is trading at around $704.94 with a $11,6 bln market cap. 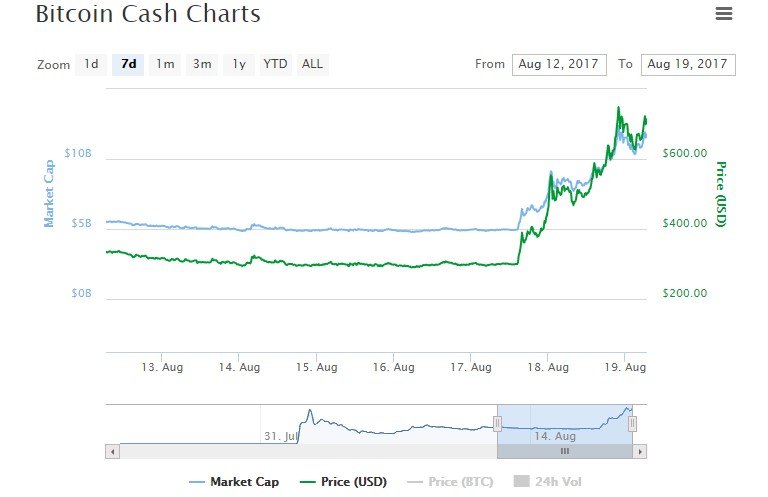 But this positive confidence lacked in the beginning after the event of Bitcoin hard fork, as per launch Bitcoin Cash declined below the psychological $300 and fluctuated there for a couple of weeks now.

BitPAy take on that coming Segregated witness rules activation on August 20 reflected as that there could be a not-so pleasant future for Bitcoin Core relation to Segwit.

The idea and thought that Bitcoin Cash because of the above-mentioned event could become the longest chain, hoisted up its price and community confidence.

On the other hand when it comes to mining profitability, a push of positive-successful vibe to the supporters of the fork comes after realizing how much the mining worthiness increased now compared to Bitcoin. 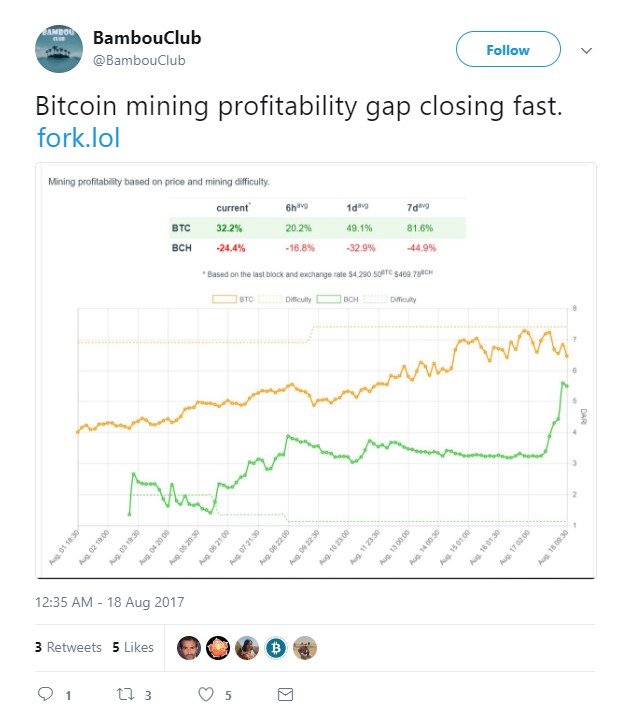 The last weeks record breaking coin – Bitcoin for the moment is fluctuating below the spiking levels it reached as it is trading around $4,068.49.

This comes out expected because any rise that could be faster and quicker than ever that reaches uncharted territories that could be sometimes not explained follow up with a correction so be cautious as the same could happen to BCH in a few days or sometime if it rises even more.