Bitcoin Cash Price Rising: Will BCH/USD Once Again Let Down? 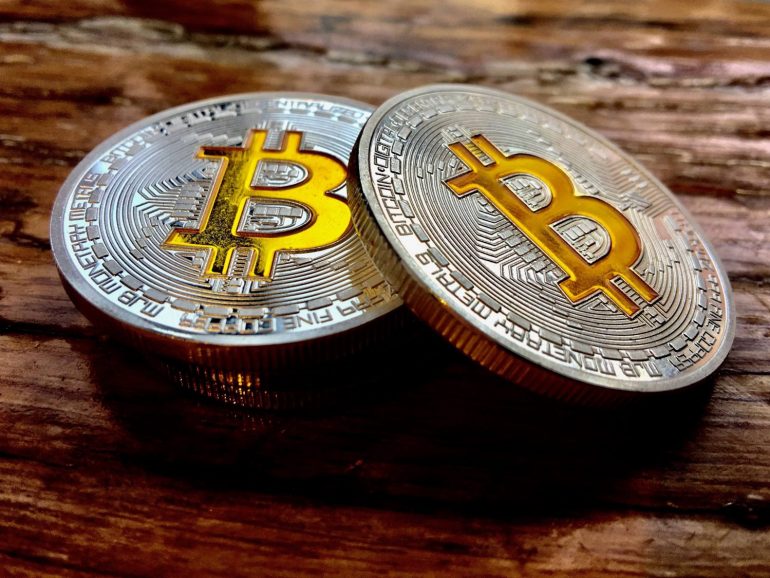 Bitcoin Cash price is on a gain rally for a week now changing the no-stop descending path. However, as the value is still under the declining trend line since its all-time high can it do any major increase.

An Attempt to return Upwards

Since its drop only a week ago at $326.00 with a $171 million trading volume  on Oct 26, the bulls have taken the market at hand and rocketed the price ascending – in the near term understanding. A very spiking upwards momentum was formed on the 29th of Oct as the pair BCH/USD hit above the $525.00 mark. However, a pullback was expected on the days to come after such a rally. 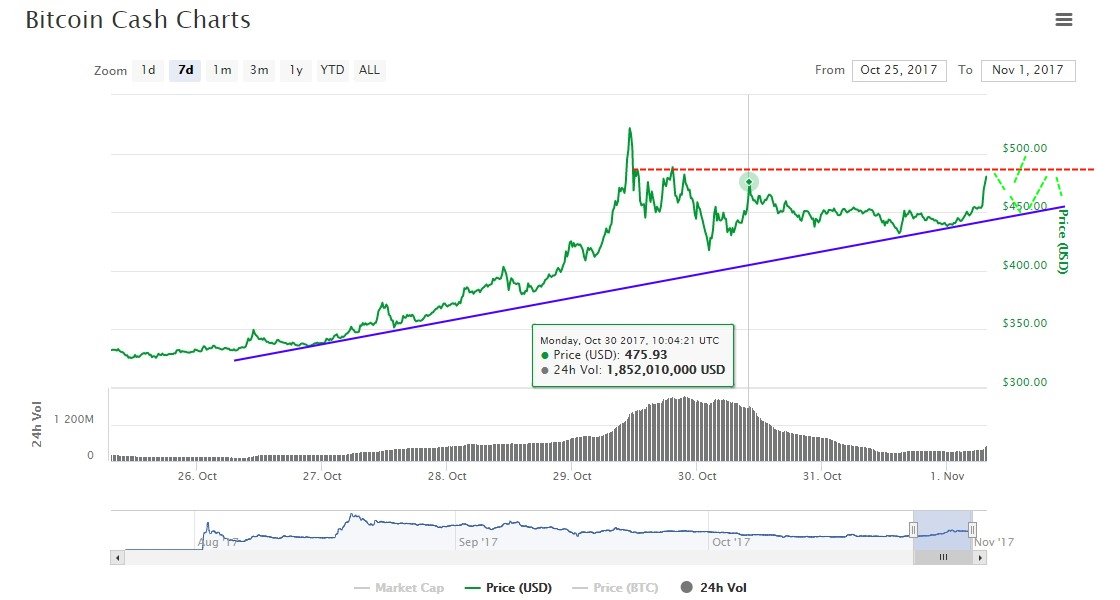 Source: coinmarketcap [the green ‘stopping’ lines are just hypothetical predicted movement that the value could take towards the next 24-hours.]

It is very clear that BCH price has entered a bull gaining climb with a stable support around $450.00 and above it. However, the $470.00 level now and in the past during the descending trend always presented a critical area where the pair BCH/USD dropped majorly after any-size of increase. If Bitcoin cash due reaching the closing in of the ascending triangle moves above the particular $470.00 zone it could retest $500.00 and close above on the attempt successfully.

On the other hand a failure could mean a major pullback towards $400.00 or lower as sellers would await to gain from the quick-term increase.