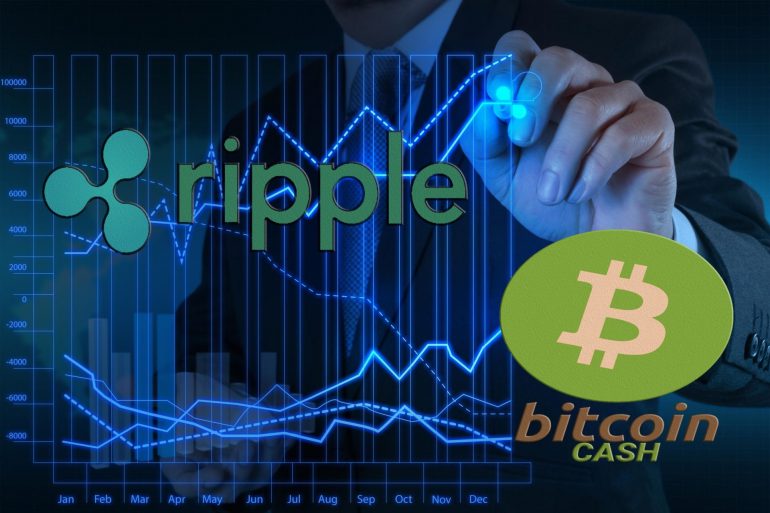 Following a very unique price development for Bitcoin Cash, the market crash Yesterday did include the just sprung-crypto from Bitcoin’s Network.

It could be targeting the previous range bound zone between $523 and $736 in which the pair BCH/USD was trading for quite some time.

However, as the leading digital currencies are approaching last supportive lines that now have been forming resistances the recovery rally has slowed down. In conclusion a last-lowest dip retest could be incoming for other altcoins and BCH too.

Long positioning should be taken only the retest is successfully made of the supportive major mark at $300. In general as the market is volatile the other leaders in the top ten are more rebound-able so looking into them could be more of a better choice than Bitcoin cash.

Out of the top-ten by market cap – Ripple [XRP] had the lowest in recovery for the last 24-hours with almost 10% gain in price against the US Dollar, so reaching $0.1780 from the monthly lowest hit yesterday at $0.1509.

The last major decline was initiated when XRP/USD was at $0.1950 – $0.1930 which now will be the most important resistance to clear and successfully close so open doors for more gain would be formed.

Most likely for now the resistances could be holding and the price returning to retest its supports at $0.1500 once again. We shall look for buying opportunities only after ripple breaks out of the downtrend line and $0.19300 levels.