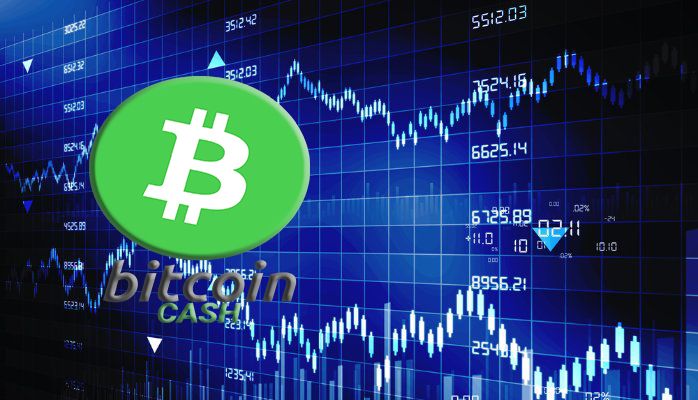 Bitcoin Cash price is finding no edge to grab on while the price continues to decline as this is written. Despite its very promising start when it launched which showed a very solid value surging, the price now is acting totally in contrary as what holders were hoping.

For quite some time BCH price against the US Dollar was hovering between the major levels of $400.00 and $600.00 before and after the China Bitcoin crackdown. This changed to a more ‘spiking-lower’ movement as the price was battered below the $400 mark on Oct 4. The BCH value was above the US$450 mark as recently as a week ago, but it has dropped below US$360 a few times today already as now it is trading around $356.36. Even that it is known that altcoins and crypto-values could change very dramatically, recover or come back, hopes in this case should not be up yet.

The past 48 hours have proven very volatile, although it is still unclear why that is taking place for real. It is not like BCH has better or less use cases all of a sudden, as the currency’s usefulness has always been rather limited at best. Then again, the value of a particular cryptocurrency isn’t always linked to how useful it is; that much is certain.

What is really standing out is that the BCH price is declining in both US Dollar and Bitcoin market. Having a worse time than Bitcoin is very easily acknowledged by everybody as not many can keep their price stable when Bitcoin shows signs of a gain. However, now the BTC/USD pair is not making any major move so BCH -2.90 percent against BTC is very surprising to see.

Bitcoin Cash trading volume has dropped to only $269 million, which is outstanding compared to other altcoins but it is not still a good indicator as mainly traders are selling now.

Whether or not the Bitcoin Cash price can mount a significant comeback in the next few hours or days remains to be determined. For now and short term traders – there is no signal or indicator telling that there will be recovery or price surge but sometimes it would only take a small price swing to generate great profit or more loss.