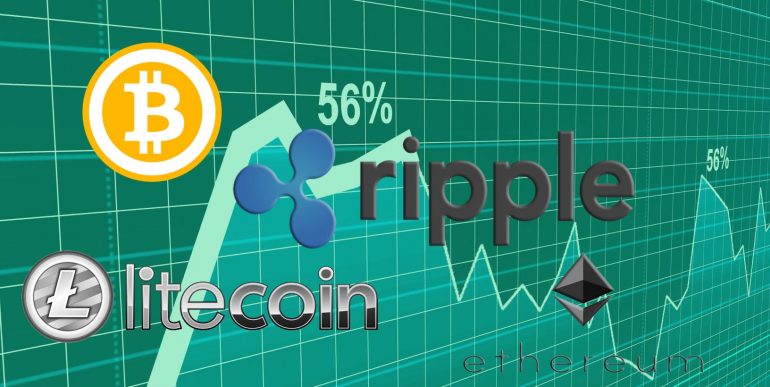 The same past week rhythm of the whole market declining and raising at the same time is following now on Sep 13. The market leader is truly showing its domination as it could be the initiator for the whole descending trend going on.

Similar to the previous minor market crashes, it has happened in a couple of hours when almost all digital currencies paired with USD have entered the red zone on Sep 13 morning, many experiencing double digit loses even on the top ten list based on the market capitalization like Bitcoin Cash, IOTA and Litecoin (per time of the press) – According to Coinmarketcap.

The decline strongly started as Bitcoin price reached the $4,300 mark where it met sellers waiting for near-term profit. However, major value-tanking was done as the news spread about Jamie Dimon, the Chief Executive of JP Morgan Chase – stating that Bitcoin is a “fraud” and anybody trading it should be fired as its a stupid idea. According to Bloomberg, observers had noticed a swift price drop upon the opinion-spread throughout the news channels.

The pair BTC/USD has dived below the $3.970 level where it finally found support and is trying to recover as buyers might find use of this dip for later booked profit. In the last 24-hours around 7% were lost in price with a market cap around $65 million. Now it is struggling to stay above the major psychological mark $4,000 as it is trading at $3,979.51.

Ethereum did complete only its correction as it reached the $315 mark as there was the closing-in triangle pattern forming yesterday on the hourly chart, but to continue increasing it had to pass the major $316 resistance level, which it did not and following Bitcoin price development, dropped below $300 and broke the major support of $281 which now is a sign of decline continuation.

For the moment it is trading at $279 after testing the supports at $270 as they did not fail and bounced the price at least a little back up. In the last 24-hours the price has hit the negative 9% with a market cap around $26 billion.

Litecoin – the proportional flow and mutual price development between LTC and Bitcoin is shown again today as the price decline did hit hard on “the Silver Coin” as it dropped for 10.41% in the last 24-hours to $61.77.

Support was found at the $60 which now could be called Litecoin’s stable trading ground as its been quite some time since it hovered and fluctuated between $60-$70 now.

Ripple – Even despite its unique market strategy the same fate and quite similar pattern has included XRP/USD too, as it was dragged down by the crypto-pack leader. As Litecoin, Bitcoin and Ethereum – Ripple has touched below a major psychological mark ($0.19), met buyers, and returned back up over the major supportive line.

For now, all we know this could be just a momentarily fear of both China banning exchanges and yesterdays opinionated criticism towards bitcoin so lets wait and see how the market rolls out.