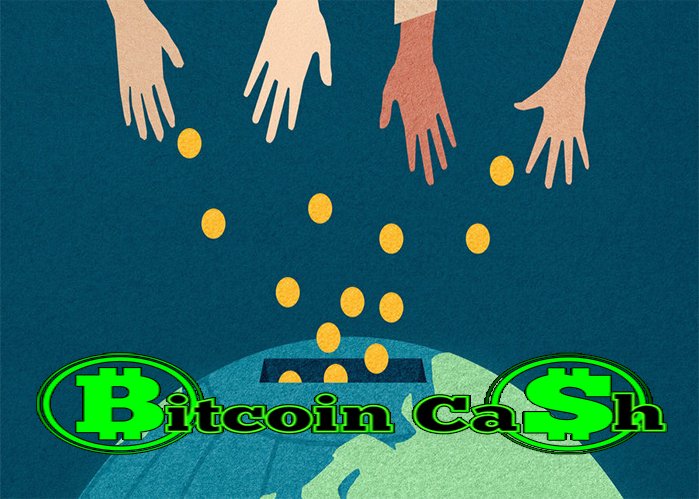 Bitcoin Cash is on the door-step of reaching the $400 again after 2 weeks of battling. Could the event just be because of the much anticipated SegWit2x talk and hype.

Since its birth and all-time high on Aug 19 at $959.85, the fork of Bitcoin has declined while letting down on all hopes that were gathered by its enthusiasts. As we are getting really close to the mid-Nov Segregated Witness 2x Hard Fork, there is a confusion-cloud being ignited throughout the community of Bitcoin on which side to pick – the new chain that will be formed which could be just another Cash, Gold – Bitcoin, or the original Bitcoin blockchain or legacy of the network.

The trade between BCH and BTC is raising and so Bitcoin Cash’s market with today’s gain has surged 12 percent ahead of the leader. So on Oct 25, as the descending triangle trend was closing in with the $300.00 support the pair BCH/USD broke above. 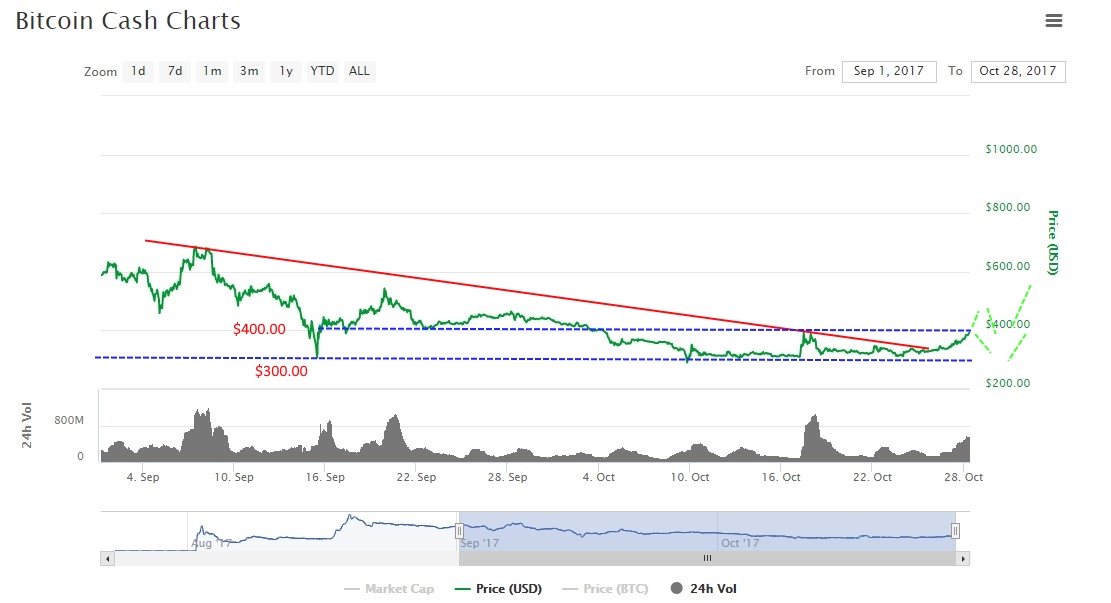 Since that moment, Bitcoin Cash price is on a recovery momentum with 10.60 percent gain only in the last 24-hours closing in to the $400.00 mark which together with the $300 have showcased a range bound are for the market since early October.

If the price continues above, a return to $450 next could be awaited followed by retesting the $500. However, keeping in mind that many are losing faith in any new-sprung coin from the Bitcoin blockchain and only concentrate on the original it is most likely after a couple of days recovery-battling the value will return in the range again. In a state like that, it is recommended to trade only when the pair hits one of the borders – the highest lows and the highest highs.