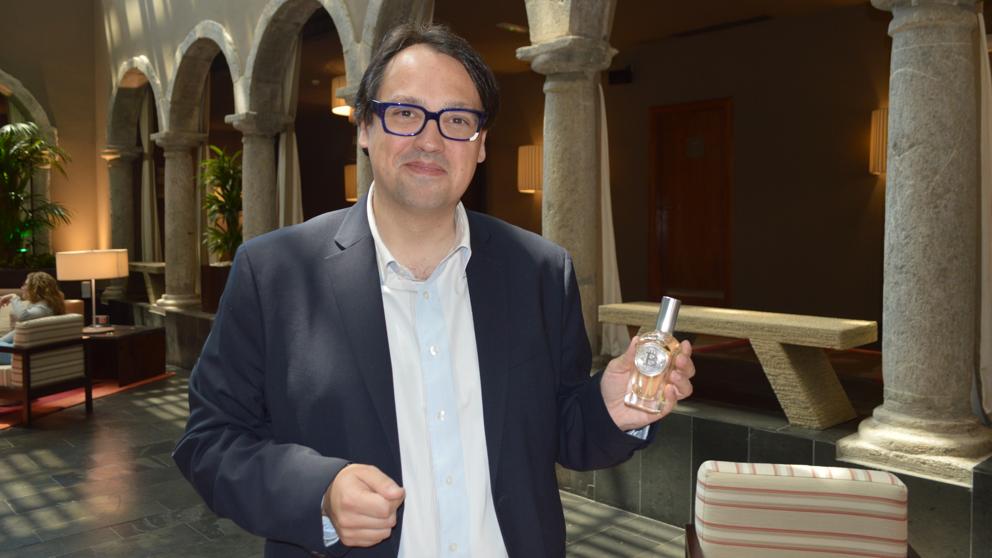 If you are one of those who could buy a Lambo thanks to BTC you will surely be able to buy a perfume worth 1 BTC.

According to local news, a company of Alàs in the Pyrenees of Lleida has created an exclusive fragrance inspired by BTC according to the specifications sent by an Asian client

‘Bitcoin Perfume’ is made from a mixture – secret, of course – which contains orange blossom, sandalwood, and musk as part of the fragrances expressly requested by the customer.

Little is known about who made this strange request. His name has not been released, although the creators of the perfume revealed that he is an Asian man pioneer in the use of cryptocurrencies.

According to Eduard Ribó, one of the seven partners of Beyou -the company in charge of the perfume production – the client has very particular tastes:

He has ordered a small number of bottles from us with the intention of giving them away to his closest ones… We have asked him if we can sell them here too and he gives us the condition of doing so to a bitcoin… At the current price, it’s impossible in practice, we can only give it away.

A bottle of perfume with a value of 1BTC is exceptionally exaggerated in comparison with other products of the company that at most can reach around 50 Euros.

Beyou was born as a startup last fall, but its innovative proposal and quality products made it the winner of the Andorran MoraBanc award, which in turn opened the doors for the team to access the B-Ready programme at Barcelona Activa. In this way, the project obtained the necessary funding for its expansion.

One of the characteristics of the company is that in its boxes it provides olfactory tests so that each customer knows and orders the perfect combination of smells in a unique fragrance made to measure for their buyers.

Not The First BTC Perfume… Definitely Not The Last

Another important thing to know is that this would not be the first fragrance “inspired by Bitcoin” ever to be released. In 2014, the announcement of the first BitCologne “Cryptoperfume” was made public thanks to a company that offered a cologne with floral and citrus aromas exclusive to the male public.

Many BTC related objects are commercialized in different platforms, a sample of the social phenomenon that crypto coins represent for the world. In places like eBay, Amazon, Aliexpress it is possible to get t-shirts, caps, rings, cell phone cases and even commemorative coins among an almost endless number of products.