Bitcoin saw a breathtaking run-up over the past few weeks, with the price of the asset rebounding off lows at $5,800 to a yearly high of $8,500 last week. Many attributed this most recent recovery to a series of positive technicals and fundamental indicators, such as the influx of institutional money, along with a resurgence in retail volume and adoption.

This quick reversal resulted in a sentiment shift within the industry, with many crypto experts and analysts beginning to believe that the Bitcoin bottom is in, and the bull run is just around the metaphorical corner.

However, since the over 30% run-up, prices have seen a slight recession, with the price of the foremost crypto asset currently holding at the $7,500 level. As it stands, Bitcoin is currently neutral on the day, seeing negligible movements over the past 24 hours.

However, what remains an interest to some is that exchange volume remains strong for the asset, as volume figures can often pertain to what interest investors hold in an asset.

While Bitcoin has ventured into the $7,400 range a few times over the past 24 hours, it has quickly recovered, possibly indicating that this could be a strong range for the price of the asset to hold. 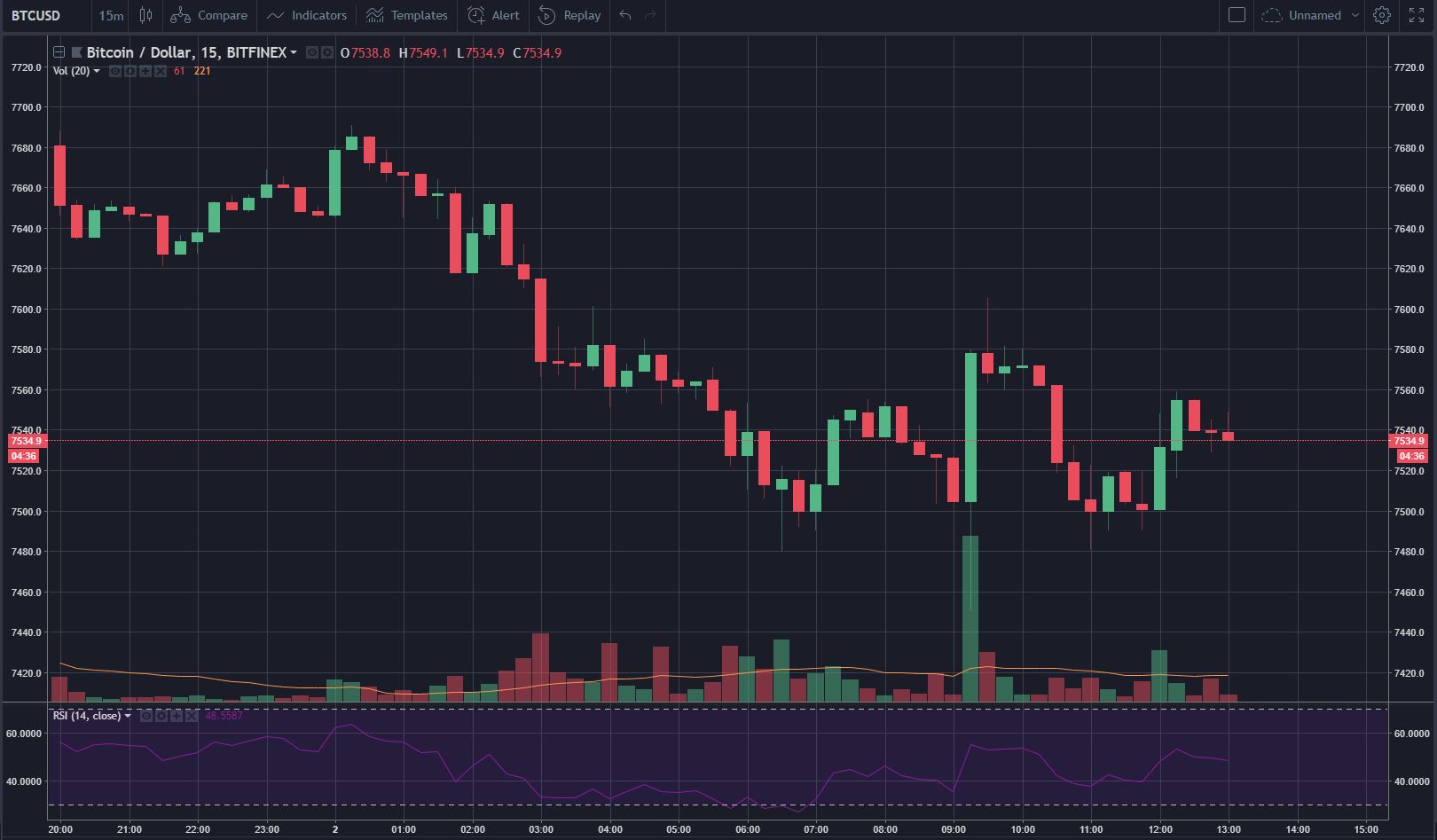 While Bitcoin has been having it all ‘fine and dandy’, altcoins haven’t had the best of times. Altcoin leaders like Ethereum, EOS, Litecoin, and XRP are down over 1.5% on the day, resulting in Bitcoin’s market dominance seeing a substantial move upwards.

It is currently unclear whether there was a single catalyst for this specific pullback, but the multi-faceted nature of this industry has led many to conclude that the industry’s over-10% decline wasn’t the result of a single issue or regulatory decision.

As covered by Ethereum World News recently, the $7,500 level remains as a line of strong support in the eyes of many technical analysts.

Speaking with CNBC Fast Money panelists, Bart Smith, the Head of Digital Assets at Susquehanna and a so-called “Crypto King,” brought attention to two key levels for the foremost crypto asset. He stated:

A lot of traders see the $6,800 level is something it needs to break through. We have lower highs and lower lows, and we need to break out of that. You look forward to a new bitcoin ETF coming out, and there is a lot of enthusiasm. The price goes all the way up to $8,400. The ETF gets rejected, and it goes down again. We need to see higher highs and higher lows, so the continuation to breakthrough and hold at $7,500 and bounce higher.

Following a brief period under $7,500, the market has produced a solid rebound, with Bitcoin’s price holding steady at around $7,600. Moving forward, Smith hopes to see higher lows, coupled with higher highs, as a potential precursor to a longer-term upward trend.

Mike Novogratz, another influential investor in this industry, also expects Bitcoin to continue to do well moving into future, recently advising his followers to “stay long.”