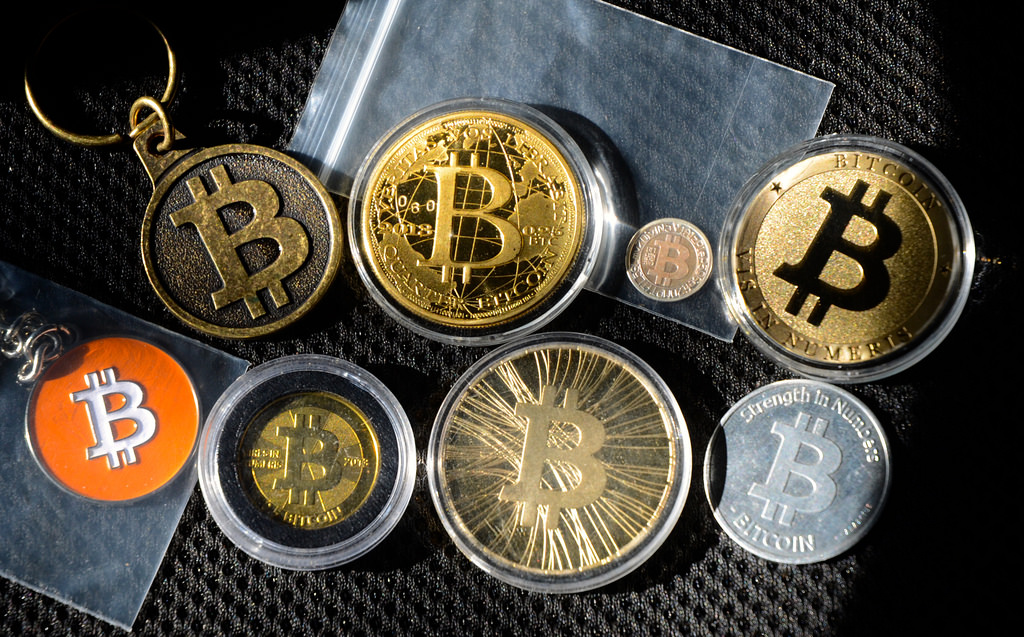 That environmentalists are always on Bitcoin case is appalling. Why not ambush traditional banking set ups whose carbon footprints are on par oil sector players? The more they critic the network–even going to lengths of comparing facilitators as miners as environmental enemies, the more we have reasons to believe that their green energy campaign is not only sponsored but to some extent too over-simplistic.

Energy use is not a problem, it is a feature. Not only is it what makes Bitcoin work, it can possibly help with green energy adoption. Bitcoin mining can make otherwise unprofitable energy production methods, profitable!

True, chipsets powering and security the network are power hungry but at the same time, miners are nomads and mostly after profits. The cost of power is never cheap and varies from jurisdiction to jurisdiction. In their bid to remain profitable–even as prices plummet, some—and this is the trend—set up rigs powered by renewable energy.

Meanwhile, cryptocurrency use is on the rise and a metric that better measures this increase other than price is the number of active Bitcoin ATMs. Yes, we may have Apple Pay, Google and Samsung, but we cannot discount the impact of Bitcoin.

According to coinatmradar.com, there are 4,000 Bitcoin ATMs around the world with most in operation in Europe and the US. Others are found in Japan. More than 2,000 are found in the US and one advantage Bitcoin has over traditional banking set up is that users can buy any BTCs at any time. Then again, there are some which dispense cash meaning the unbanked can receive cash from anywhere in the world without going through the hassle of opening a checking account.

Generally, the market is optimistic and after 80 percent plus losses in 2018, chances are prices will bounce back to $6,000 levels before bear pressure resume. It is for this reason why despite BTC prices closing against the USD by close of last week, we still hold a bullish outlook. At spot rates, BTC is down four percent in the day as sellers aim to reverse Jan 14 and 19 gains. 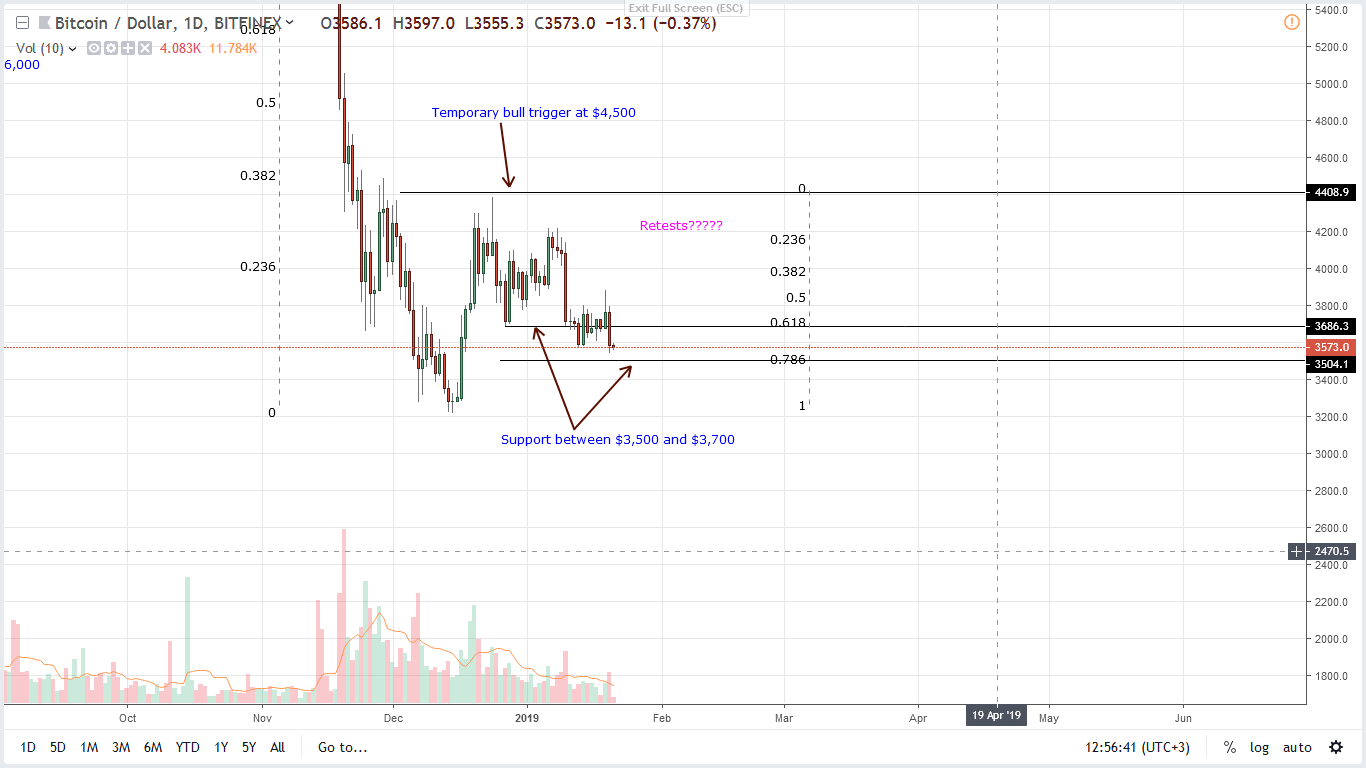 In the short-term, buyers have a chance. It’s easy to see why. Our position is rooted on the double bar bull reversal pattern of Dec 16-17. The pattern was confirmed and with clear resistance at $4,500, the correction completes a bull flag with possible support between $3,500 and $3,700 or the 38.2 percent and the 78.6 percent Fibonacci retracement levels. Already yesterday’s losses did pierce through the first support at $3,700. BTC may break if there are further drawdowns  below $3,500.

A stand out in our analysis is Jan 10 double bar bear reversal pattern and dark cloud cover pattern. Behind Jan 10 losses were high volumes—35k—right off $4,500 main resistance which is also our buy trigger. Current averages stand at 14k—less than Dec 17 of 35k. It’s straight forward, if bulls are to reinvent themselves, then volumes must surge above 35k hinting of underlying demand.  Before then, it is likely that prices will snap back to consolidation.