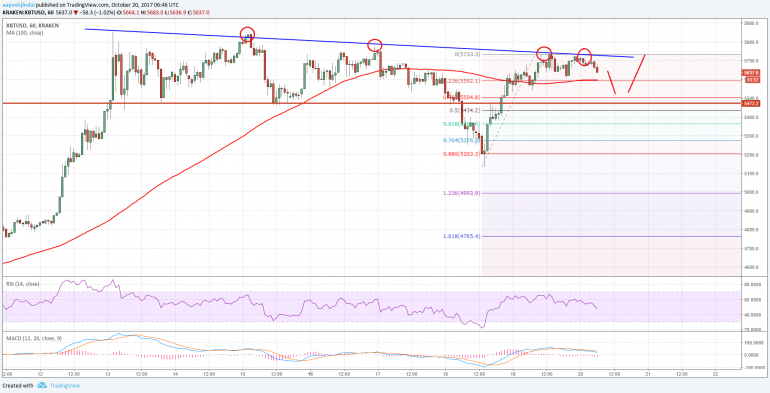 Bitcoin price recovered well from $5200 against the US Dollar. BTC/USD is now comfortably placed above $5450 and remains buy on dips.

Earlier this week, we saw a downside reaction in bitcoin price towards the $5200 level against the US Dollar. The price traded as low as $5140 and later recovered well. The recovery was encouraging as the price was able to move back above the $5400 and $5500 levels.

The price traded as high as $5733 where it faced sellers. A key bearish trend line with current resistance near $5680 prevented further upsides on the hourly chart of BTC/USD. The pair is currently correcting lower and heading towards the 23.6% Fibonacci retracement level of the last wave from the $5140 low to $5733 high. 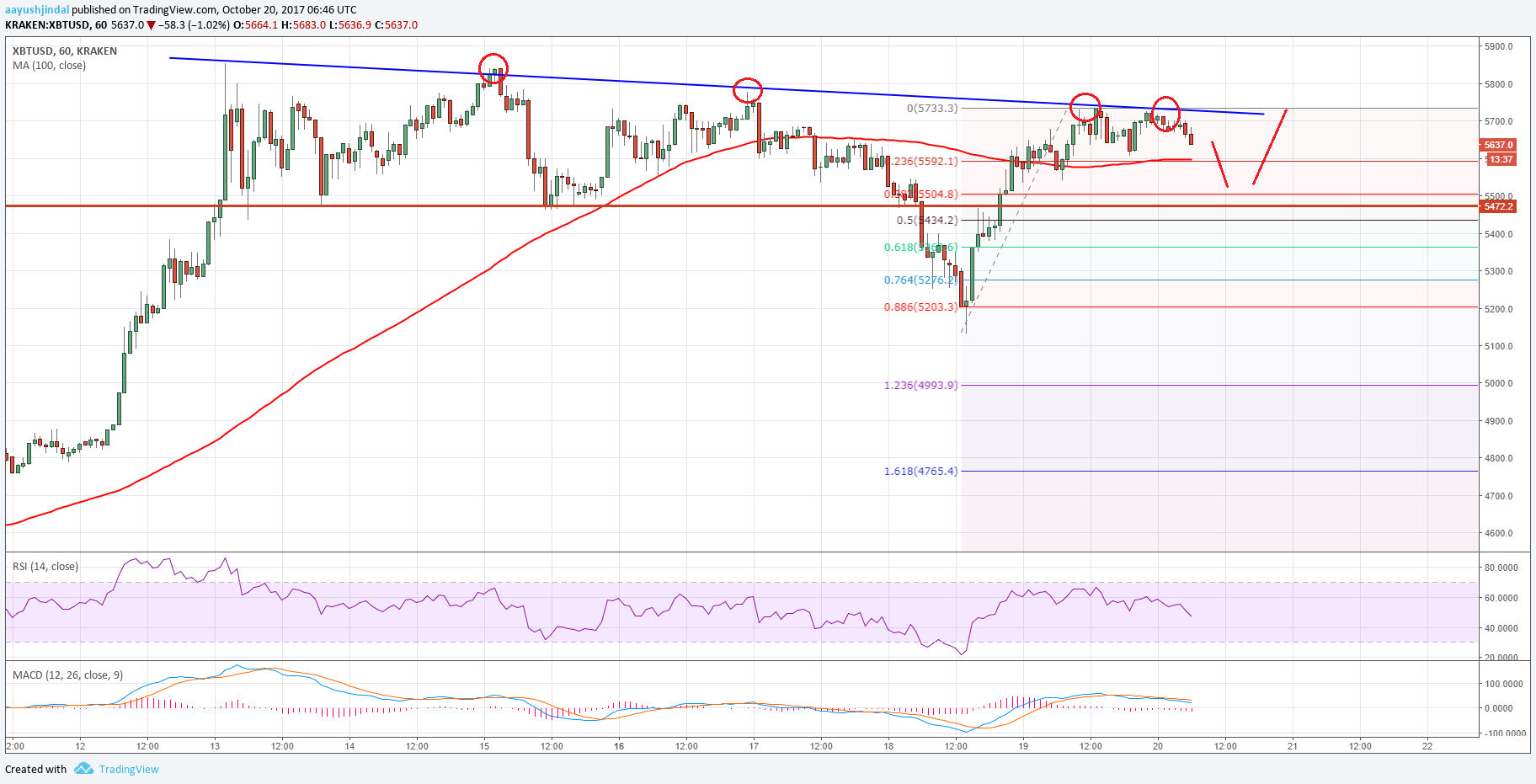 The mentioned $5500-5450 area is an important barrier for sellers. It acted as a support and resistance on many occasions. Therefore, any major dips from the current levels towards $5580 or even $5500 remain supported on the downside.

On the upside, the pair has to clear the highlighted crucial bearish trend line with current resistance below $5700. Once there is a break and close above $5690-5700, BTC/USD should attempt a test of $5850.

The hourly RSI for BTC/USD is currently heading lower towards the 50 level and remains in the bullish zone. The overall trend is bullish as long as the pair is above $5450.