Bitcoin Price Bouncing Back? The Golden Coin Almost at $6,000 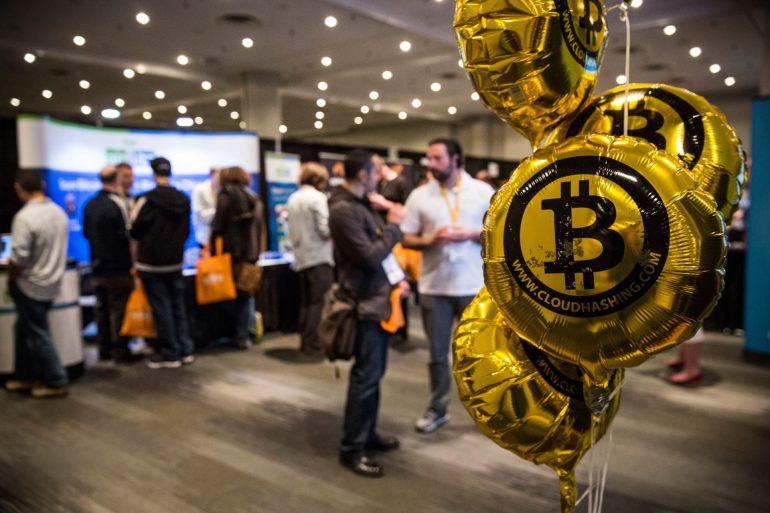 Bitcoin price is on a recovery surge today closing in to retest the $6k mark. Can BTC/USD clear its major hurdle and regain control?

It is very common now that Bitcoin’s value just jumps up close to its previous highs for a retest with no significant battle through it or whatsoever. After not even 4 days of pulling back due reaching $6,185.59 on Oct 21, the pair BTC/USD today broke above the descending trend line and formed new increasing supports for any loss that could take place. 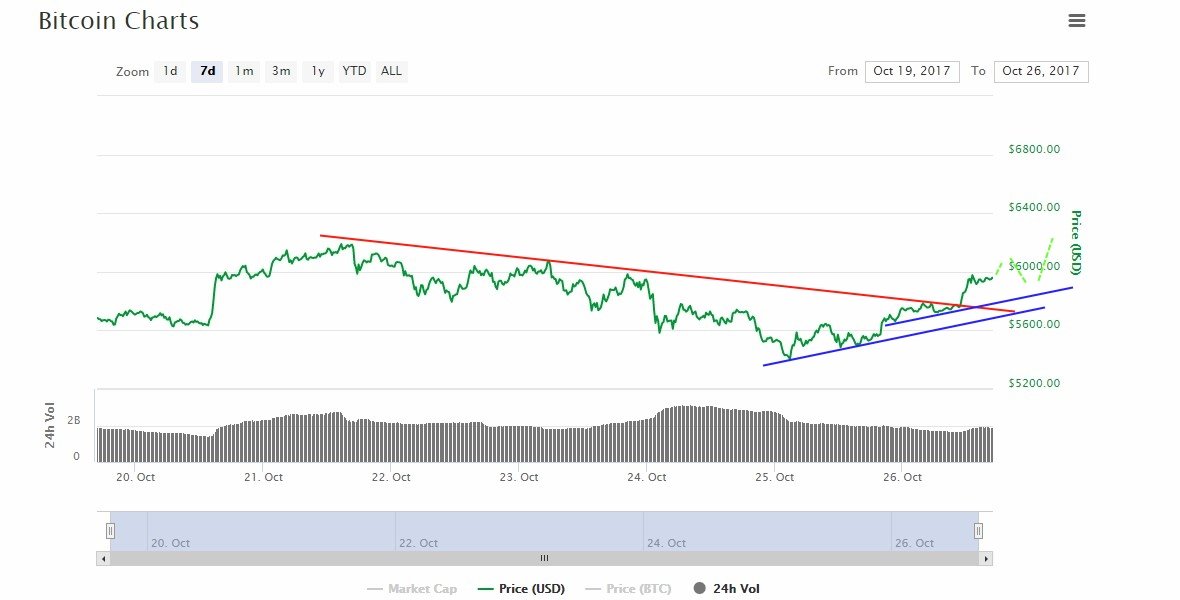 On Oct 25, Bitcoin did drop to the lows of $5,400 but bulls and waiting buyers took advantage of the dip and brought it up back again. It could very likely take one or two attempt to clear the $6k mark or try to close-in to its previous all-time high around $6.100.

If it fails, Bitcoin’s price could dip first above $5,700 and then $5,650 while the declining trend will act as a support on the appreciation being cleared earlier today.

As time of the press [highlighted on the picture above], Bitcoin against the US Dollar is right before stepping over it next milestone with almost 8 percent gain in the last 24-hours. This is by far the highest increase on the top ten cryptocurrency list by market cap except BitConnect which made it to the 8th place with $1.5 bln and 11 percent surge in the last day.