Bitcoin Price Climbed and Reaches New All-time High: $4.200 In a couple of Hours 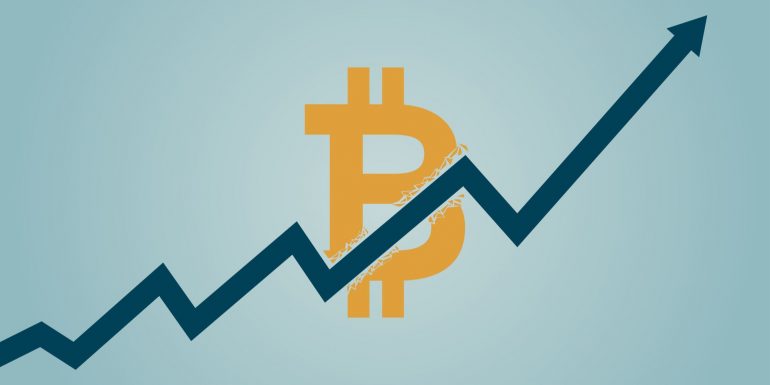 Bitcoin price surge after the August 1 Hard fork and creation of Bitcoin Cash will not stop as in just a night from trading around $3.700 climbed its way to close $4.200 (more precise  $4.208) as it all happened after reaching $3.000 for the first time. 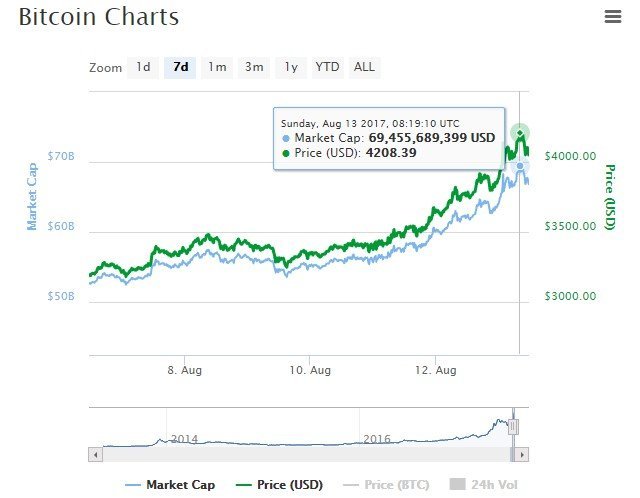 Many indicators reflected a possible near future surge upon us by BTC Price as explained in a previous article 5 reasons for it to reach a higher price.

Many are predicting that the price and value will not stop or at least at on point reach $5.000 for the near future and go even higher in the farther reach.

So, even if everything looks good and positive just one thing to keep in mind – never invest more than you can call play-money. The kind of money that you can afford to lose.