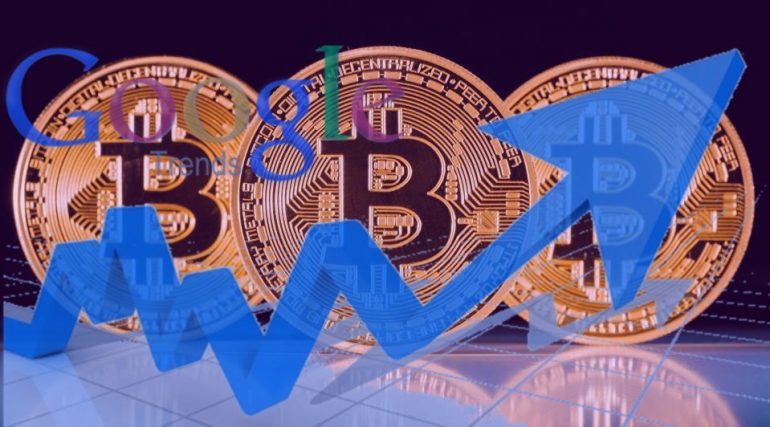 Cryptocurrency fame is the real deal when it comes to skyrocketing to the moon miracle and as humans we have a tendency of turning anything into profit. So, more popular it becomes more people get into trading and buying their way into the market.

The bitcoin price surging lately and reaching all-time high goes as a pair with its google trend search. As the BTC price rises, more people hear about it and want to know what is going on and google the cryptocurrency and from that increase of interest the price increases afterwards and so on and so on – This is the so called “Satoshi Cycle”. 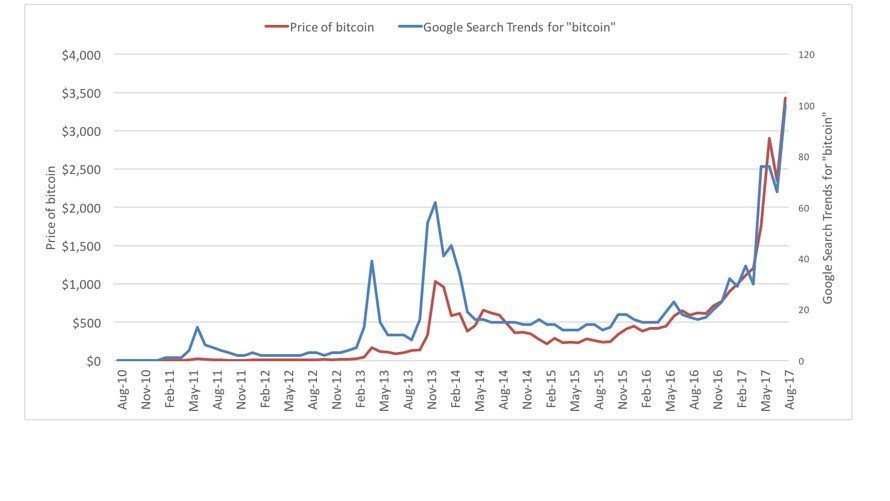 Burniske on the Satoshi Cycle

The above mentioned analyst, theorized that whenever Bitcoin Price does form a spike, the interest in that particular subject rises and that hoists up the price even more – this is what in a joking manner he called “a virtuous Satoshi cycle”

On Wednesday, as the last All-time High the Bitcoin price has it yet was $4,483.55 and as explained proportionally the interest did the same with an ATH describing it.

But on the other hand, during August you have a drop off of searches for the word “Ethereum”:

Ethereum is red – Bitcoin is blue

Small bubble incoming – Crash could be Next – Bitcoin Price Prediction

Many traders, investors and experts conclude that Bitcoin’s value against the US dollar is on its upside no-stop way, but Chris B stated that whenever Bitcoin price has doubled its price in approx a month – which happened around six times, there always was a crash downwards.

“The virtuous Satoshi cycle can overheat though, as Google search activity divorces from its tight tango with Bitcoin’s price,” he tweeted earlier this week. 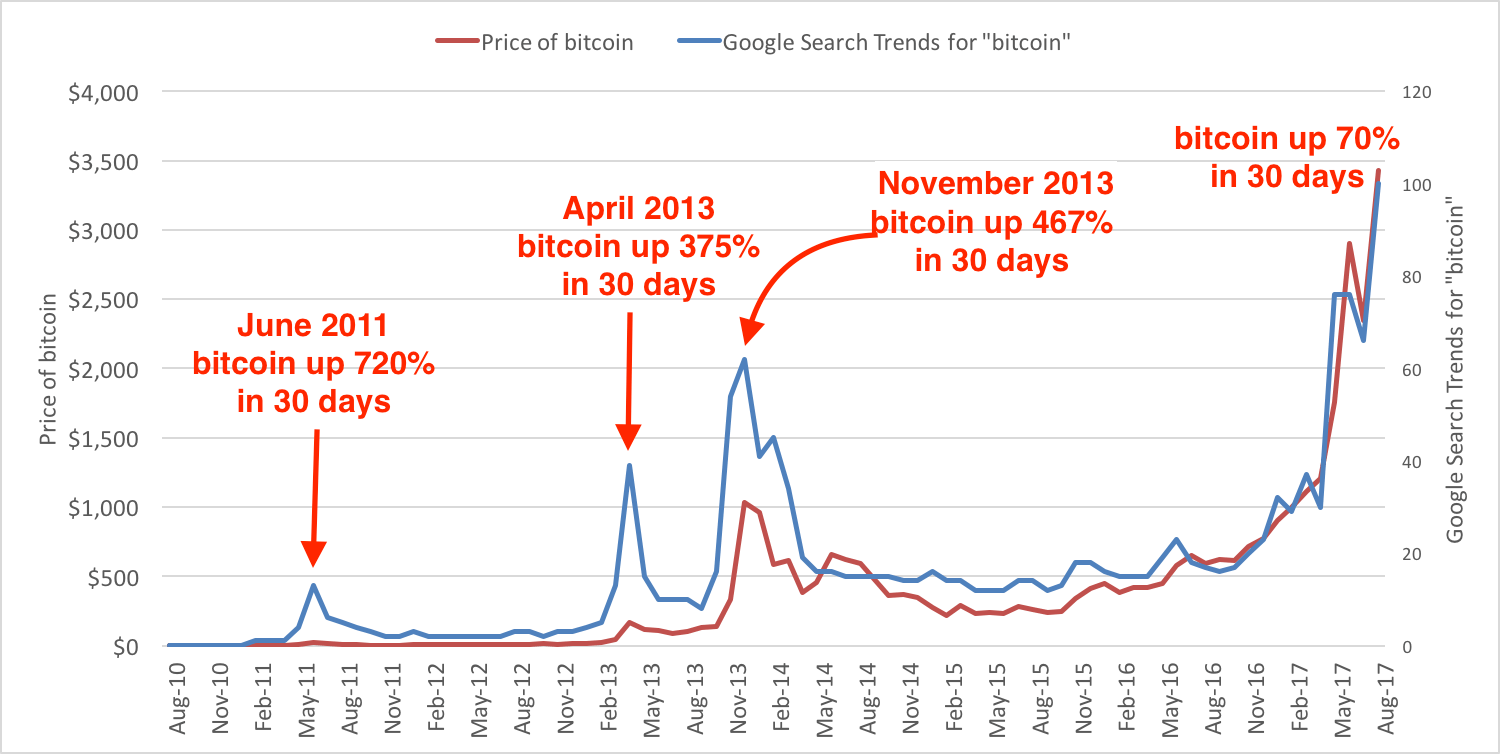 “After every bubble there’s a crash,” he tweeted, also noting that some of those crashes were as big as 90 percent, but at the same time those were very different Bitcoin markets.

“Thin liquidity, fragile exchanges, and a fraction of the users and investors,” added to big crashes, but the change in the Bitcoin ecosystem is something he suggested could limit downside in the event of another sharp downtrend.