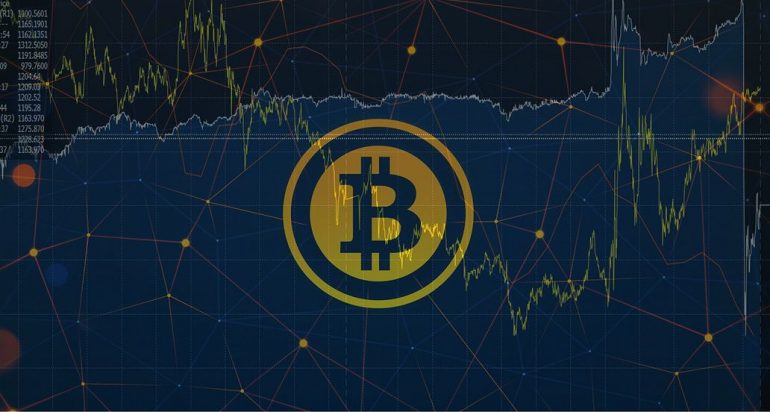 Since August has come and the confidence-pushing up Hard Fork that happened two weeks ago, Bitcoin is showing all-time highs every day and It will not stop.

Bitcoin total market capitalization reached that of $70.7 for the moment, which as explained in a previous article was higher than the overall of PayPal.

For the moment, the Hash rate has declined a little but it is still expected that it will go a 2.15% difficulty in about as predicted 10 days. With that the combined Difficulty difference of +113.74% would be brought since January 2017.

As many bitcoin core developers do not support the activation of the SegWit2x at the end of the year, Segwit is ready to be activated at the end of this particular month.

The Size of unconfirmed transactions is quite lower since the Bitcoin Cash split (hard fork) Event. 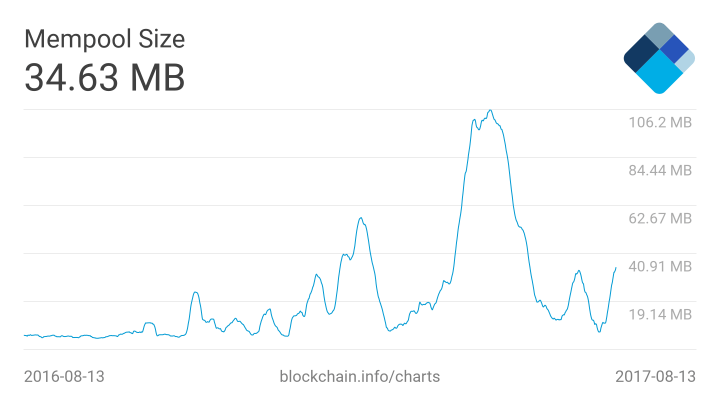 But in contrary Bitcoin Cash (BCH) stays around the past lows of 0.05BTC. As for the moment most Blocks have been <100kb for Bitcoin Cash. 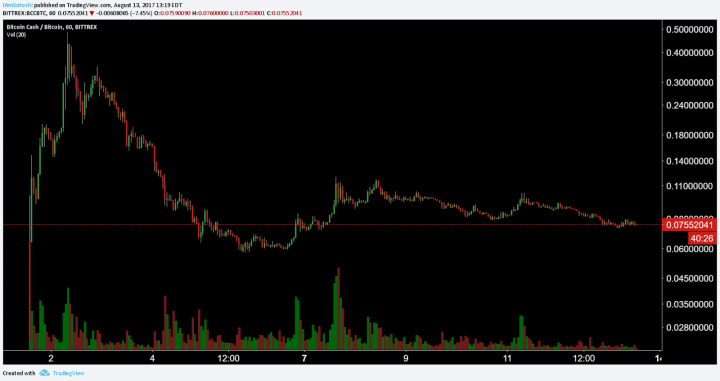 Global OTC volume is down slightly across the world, with one exception: Venezuela which is currently in political turmoil. 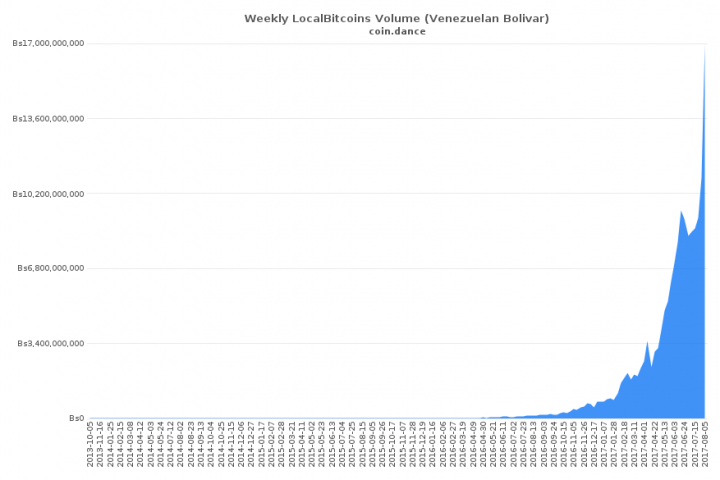 What is very worth mentioning that Japan’s trading volume has climbed past and over the US one and does account 46% of the volume globally.

For now, Bitfinex stays the top USD exchange by volume but they did announce that they will no longer accept requests by US costumers.

If you have been around the news and blogs lately, you did notice how bitcoin price is making regular daily All-time Highs as it is discovering new territory. Predicting where the top mark level will be is quite difficult as that is all depended by the buyers and how exhausted they will get. 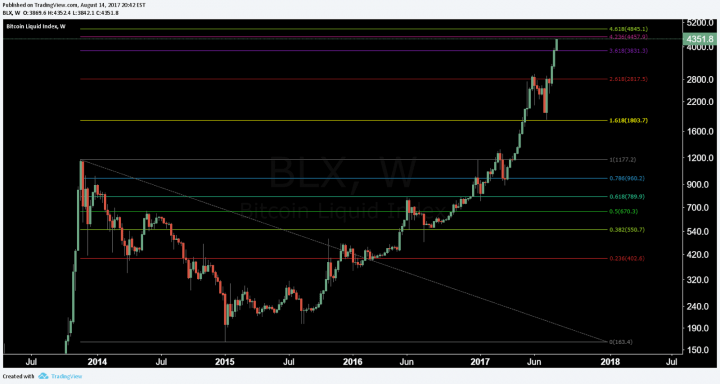 By using a Pitchork with an anchor drawn from the Bitfinex hack you can determine relatively where the trend is. The median Line [red] shows the expected mean of the trend. Every other diagonal can be imagined as a could-be reversal or support zone. The upper yellow is where ‘most overbought’ happened and the lower one ‘most oversold’. 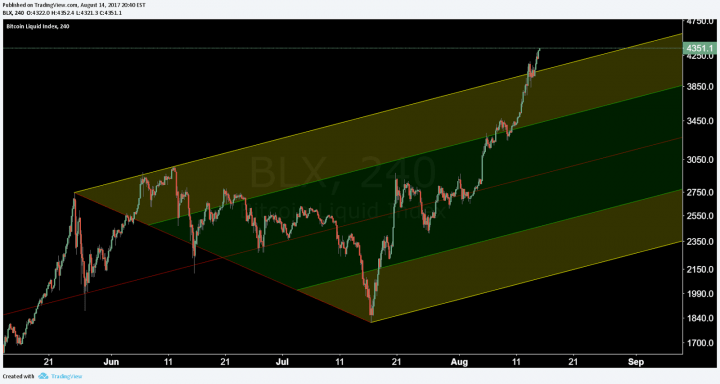 The Cloud system is a constant, auto-drawn indicator which quickly offers an immense amount of valuable information on any time frame. The Cloud is best used at higher time frames as more data generally provides more accurate signals and less false positives.

The indicator uses moving averages and dynamic support and resistance to make projections of key zones, as well as capturing 80% of any given trend. As long as the price remains above the Cloud, sentiment remains bullish. Price in the Cloud indicates a neutral trend, and below the Cloud indicates a bearish trend. 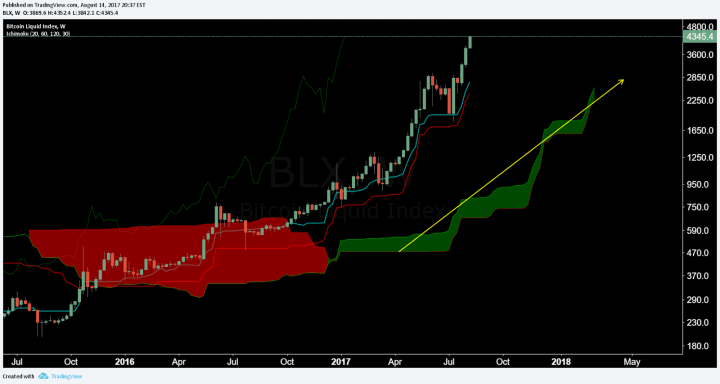 The attractiveness that Bitcoin brought to Japan significantly raised the bar for its demand and global trading value. Coinbase’s recent $100 million fundraising announcement is no surprise considering they have a near monopoly in the United States, especially among retail or casual users.

As mentioned in the beginning with the new all-time highs, we are just walking on a territory that the price was never before. So resistance and support will be discovered all based on supply and the demand level that will be going on in a particular moment. Overall, the longstanding trend is predicted to remains strong, surging and intact. Although highs beyond $4400 are possible, technicals, including Pitchfork and Ichimoku Cloud, are showing a pullback more likely than continuation.