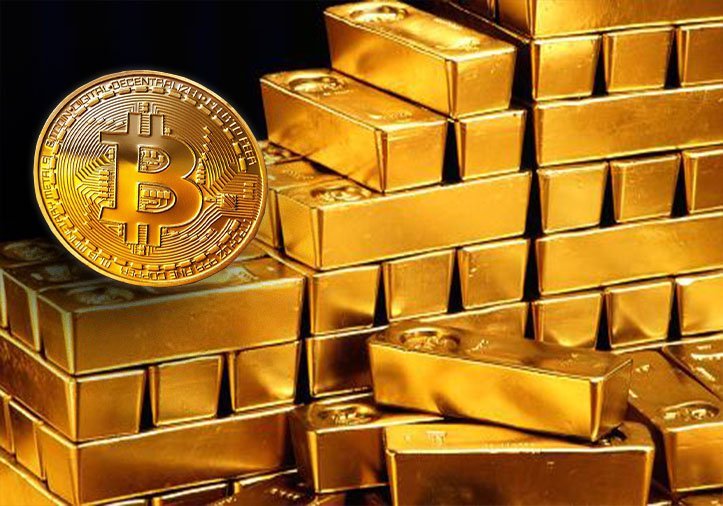 A very well known and many-times mentioned in our writings: Tuur Demeester with confidence stated that the fourth upcoming attempt to break out of the $4,500 for Bitcoin price is on the way. 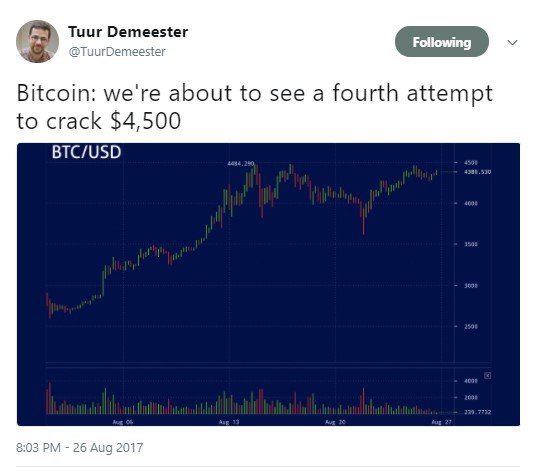 However, while keeping track on the pair movement of BTC/USD, starting Monday morning, a small correction can be noticed and there is bound range below the $4,500 mark for any upside gain momentum to be initiated.

On the positive side the daily trading volume of the dominating cryptocoin is still significantly high, stable over the $1.6 bln level, while before that during its surge to $4,500 the trading volume according to exchange data, closed in to $4 billion – hoisting the complete digital currency market trading daily over the $6 bln.

In the middle of Bitcoin Cash mining instability and the lack of SegWit transaction – concluded with Bitcoin Blockchain network struggling to clear its mempool of transaction at a preferable time period. As an end result the network inferences and congestion could be of effect for the correction and struggle to keep the upward channel stable for the price to rise.

The Segregated Witness transactions dealing users will have lower Bitcoin network fees in the case the the core development team extends the implementation of SegWit to cover more transactions. But for sending and receiving normal transactions and exchanges the fees will be high until difficulty adjustment.

Finally, during the past weeks stability has come to the network (at some degree) as the size of the mempool decreased for 40 percentage points. So, that caused network congestion improvement as many transactions that were stuck are cleared.

A stability of the upward price movement and aiming for a breakout of the $4,500 could be coming when there is a decrease in Bitcoin Cash mining profitability and a wider range of SegWit adaptation throughout the network.

“BCC/BTC mining together caused lots of error in the mining pools and empty block is a fall back security measure. It is solved now,” Stated Jihan Wu, the co-founder of Bitmain

Bitmain – operating company of Antpool  the largest bitcoin mining pool, declared out that they are working on fixing the above mentioned errors.