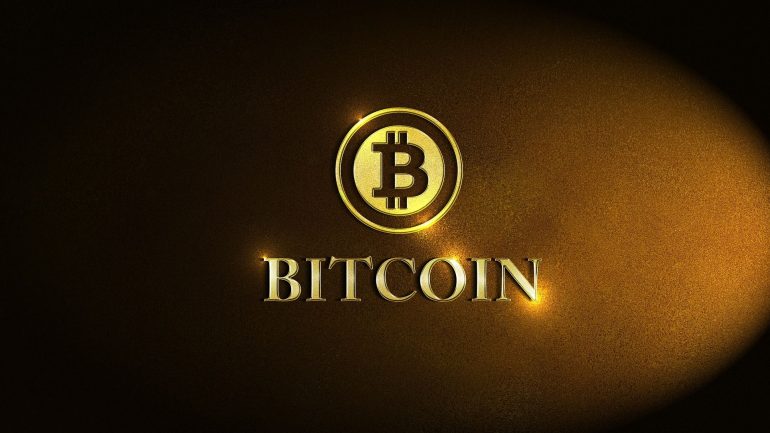 After an Excellent two week start of the month (August) Bitcoin continues to upward flow past and over new All-Time High regularly. This time according to CoinDesk, the pair BTC/USD touched over the $4,500 mark (specifically $4,522.13).

With that particular rise, Bitcoins market value topped that of Netflix’s $72.2 bln with a strong-coming $74 bln while only in August adding $30 bln since the surge is going on. Including Netflix in a broader stock market descending flow it lost 1 percentage point lower on Thursday of shares.

The U.S. Stock leaders group known as “FANG” which includes: Facebook, Amazone.com, Google’s parent Alphabet and Netflix achieved his position as people in the last years put their money and belief on the transformative technologies. Netflix and Amazon.com back in 2015, were the only S&P 500 stocks to double in price. 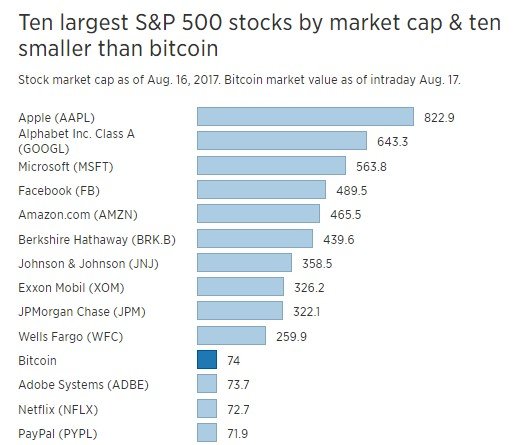 All this gain for Bitcoin portraits how great the interest in the cryptocurrency is and the support of it becoming a working global payment-factor while keeping in mind that bitcoin is not a stock compared to stock market-value gainers like U.S. Netflix.

And just so you know as many call bitcoin the “digital gold” or the “next gold” in comparison to gold’s market value which is around $7.5 trillion.

The fame that bitcoin concurred for the moment, pushed the price for greater increase as that did push its fame upwards and the cycle continues (Satoshis Cycle) ranking Bitcoin the 72nd by market value just behind the American Express $78 bln market cap.

The chief investment officer of digital currency investment firm BlockTower Capital – Ari Paul a better to explain this case is putting bitcoin and PayPal Market cap in both sides:

“PayPal was initially created with a similar vision to bitcoin — as permissionless money,” Paul said. “PayPal wasn’t able to fulfill that vision, but bitcoin is well on the way. Bitcoin can be used to transfer $100 million anywhere in the world in 10 minutes and for less than $2. Bitcoin rising in value above PayPal reflects its growing role as the best way to move money globally.”

The Leaders like Apple which has a market cap of $824 bln or General Electric, Chevron and MasterCard leave Bitcoin far behind.

As for the cryptocurrency world, this climb that bitcoin experience since the start of this month, as commented by experts and analysts comes after the split Hard Fork Event of Bitcoin which created Bitcoin Cash. This confidence boosted the interest from institutional investors and from all branches.