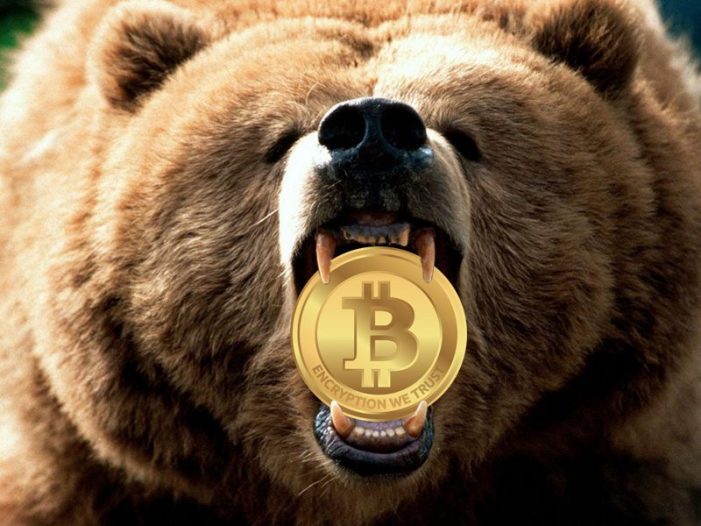 The cryptocurrency market was sent tumbling on Tuesday (July 31, 2018) prices of coins declined significantly. The price dip effectively wiped out most of the gains earned in July. Only a handful of the top 100 coins like BNB survived the bleeding market condition that began yesterday and has continued as at press time.

Bitcoin is currently down to $7,500 after struggling to hold on to the $7,700 support level at the end of yesterday. It all began in the late morning of July 31 [UTC] when the top-ranked cryptocurrency tanked five consecutive times to take the price from just under $8,200 to $7,500. 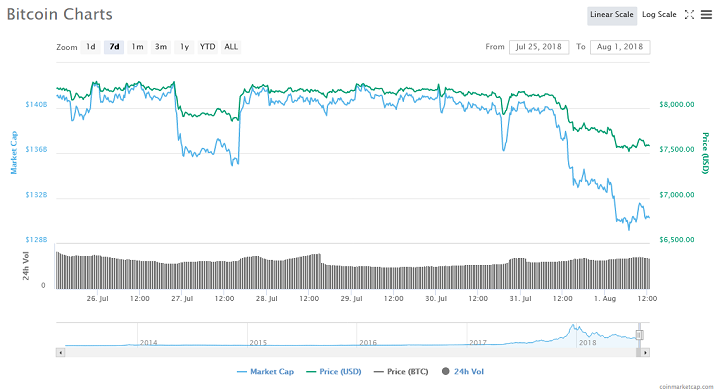 All over the cryptocurrency market, the situation remains the same. A robust bearish pullback seems to have snuffed the life out the bullish momentum that had built up over the course of July. Before the start of the decline, many coins had been experiencing sideways trading as analysts pointed to a period of consolidation.

Ethereum is the hardest hit among the top ten coins, losing more than seven percent as at the early hours of the morning, before a slight resurgence saw losses cut to 3.42 percent. While writing this article, both XRP and XLM have begun to show signs of a small recovering gaining a positive 24 trade growth for the first time in almost 48 hours. XRP is most likely boosted by positive news including the attendance of Bill Clinton in Ripple’s upcoming Swell Conference.

According to Ilya Spivak, senior strategist at IG, the cryptocurrency bull rally might be over. Speaking to Business Insider, Spivak said:

The latest numbers show that close to 78% of IG retail traders are net-long bitcoin, with the ratio of traders long to short at about 3.5 to 1. We typically take a contrarian view of crowd sentiment, and the fact that traders are net-long suggests Bitcoin may be heading lower.

Spivak also said that traders are keeping an eye on the $6,450 price level as a possible bottom that may launch the next price rally. At the time of writing this article, BTC is trading at $7,585.

Do you think this current decline the beginning of another significant bear pullback in the cryptocurrency market? Keep the conversation going in the comment section below.