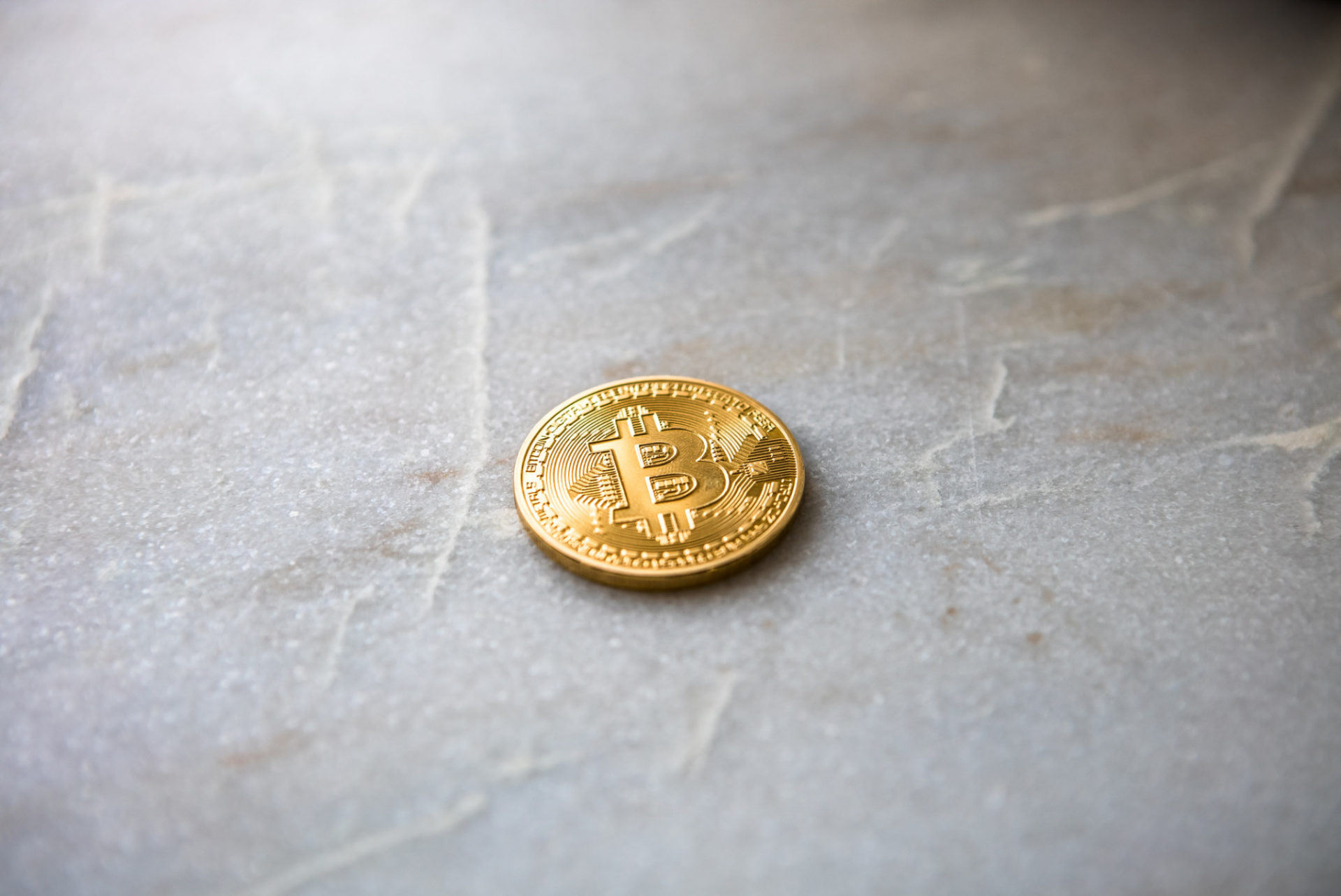 On the first anniversary of Bitcoin (BTC) hitting $20,000 (for the first time?), the crypto market as a whole has posted a stellar performance, which comes after weeks of dismal price action and lower lows. At the time of writing, as per data compiled by Live Coin Watch, the collective valuation of all cryptocurrencies in circulation is currently $115.57 billion, a $12 billion increase since Ethereum World News’ previous market update published on Sunday.

This strong move, which has put BTC above $3,500, a supposed level of resistance, put altcoins into an isolated bull run, causing Bitcoin market dominance to fall to 53.98%, from 54.92% yesterday. Interestingly, while there were no explicit catalysts to back this apparent reversal, volumes remained strong. 24-hour volumes currently amount to $8.81 billion (adjusted), a far cry from the $5.5 billion posted on Sunday.

As is a common sight in 2018’s market tumult, today’s move seemingly came straight out of left field. BTC began Monday in the $3,200 range, barely up from the day prior. But after a multi-hour lull, BTC began to pop, moving from $3,220 to $3,380 in an hour’s time. Some traders have speculated that Wall Street and other bigwig buyers are looking to secure BTC holdings before the holiday season and 2019. After hitting $3,380, BTC began to slowly scale upwards, moving to $3,420 by noon (PST). In a run-off of the earlier spike, the prominent asset experienced another $120+ candle to the upside, quickly reaching a daily high of $3,540. 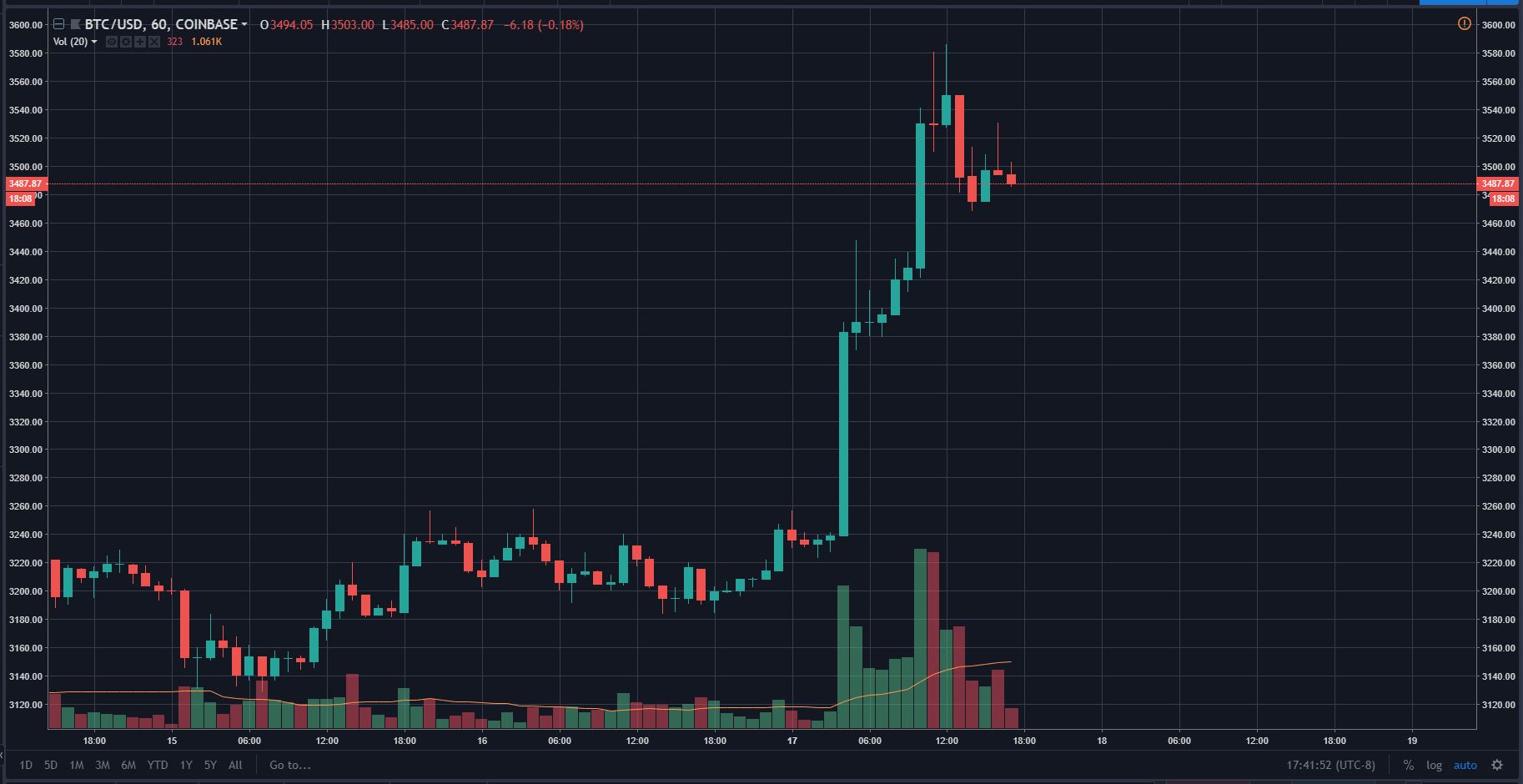 As alluded to earlier, altcoins followed suit in this recent market recovery. Yet, a number of altcoins actually performed the unquestioned market leader. XRP, for instance, posted a gain of 14.3%, recovering well above the $0.32 price level. Ethereum (ETH) mirrored BTC’s performance, moving up 10.35% in the past 24 hours. For the most part, the performance of altcoins was somewhere between that of XRP and ETH. Yet, there were some outliers.

EOS has found itself up by 25%, moving past Stellar’s XLM (up 12.5%) and Tether (USDT) in terms of market capitalization. Dogecoin (DOGE), now the 20th most capitalized crypto asset, also relished in the brief spurt of sunlight, moving upwards by 18% within a few hour’s time.

Although BTC is undoubtedly on the rise today, indicating that it’s far from dead, some are convinced that the decade-old digital asset is breathing its last breaths. In an interview with British tabloid Express U.K., Calvin Ayre, the zealous Canadian crypto entrepreneur backing Bitcoin SV (BSV), claimed that BTC will become worthless in 2019.

Speaking with the outlet, Ayre, who heads CoinGeek, noted that his bearish prediction for crypto’s flagship asset is due to its lack of utility, specifically calling out the project’s hesitance to scale on-chain. Some are convinced that this argument is flawed, however, as monumental progress has been made on second-layer solutions, like the Lightning Network and Liquid. Yet, Ayre was convinced that BTC was slated to disintegrate in due time, noting that the “original Bitcoin’s” use of SegWit is only going hand-in-hand with “old-fashioned financial trends.”

While bashing BTC, the industry insider made it clear that he still supports BSV, which has faltered post-hard fork.