Craig Wright stays determined to pursue his view of what Bitcoin Cash should be, promoting what he believes is Satoshi Nakamoto’s true vision. The BCH client known as Bitcoin SV has generated mixed opinions, however, its development does not stop and every day seems to gain more followers. 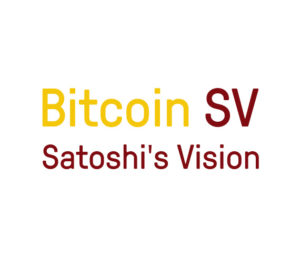 In a dark episode for the Bitcoin Cash community and after a series of verbal an written confrontations in which even Vitalik Buterin himself issued opinions on what he considers best for the BCH community, the alternative proposed by nChain to achieve a better blockchain seemed to emerge unscathed from the bad propaganda.

In an announcement made by Mr. Wright, the first pool with the capacity to mine the Bitcoin SV blocks was made public. This move seems to be a direct response to the predisposition of Bitmain and its pools to withdraw any support for Bitcoin Sv

It is also important to note that the Bitcoin Cash community seems to be facing a split in the blockchain given the conflict between the configurations and philosophies of the Bitcoin ABC and Bitcoin SV groups.

While Bitcoin ABC follows the more traditional rules of the BCH community and is compatible with other proposals made by groups such as Bitcoin Unlimited, Bitcoin SV is not. And in case the Bitmain-dominated group of miners does not provide the necessary support, Bitcoin SV already has a prepared defense as Calvin Ayre, and CoinGeek have stated that they have a number of ASICs specially designed to mine Bitcoin SV which will be available to combat the Bitmain monopoly:

“CoinGeek also wants to announce that we have designed a super energy efficient, next generation ASIC chip design that will be released later this year. This Chip will be optimized for Enterprise level mining on Bitcoin using the original Satoshi Protocol. We will have a booth demonstrating this at the CoinGeek Week Conference last week of November in London and invite all miners to join us in planning for the future of this industry at this event.”

The Bitcoin SV project had planned to launch a beta in September, however, due to the community’s insistence on evaluating the project, the development team decided to publish an Alpha release. It does not propose an immediate implementation but instead seeks to generate debate on its characteristics, errors, potential, etc.

“This is an Alpha release, the purpose of which is to provide a preview of the code in response to requests from miners and pool operators. This is not intended to be a release candidate. Work is still in progress targeting a beta release for 1st week of September in line with the initial Bitcoin SV announcement.”

So far, despite the controversy, Bitcoin SV seems to be on a roll, gaining support over time:

So far Miners are liking the CoinGeek message here in Bangkok. #Bitcoin #BCHhttps://t.co/XwtcsJOrZQ