Blockchain to provide real value to millions of migrants 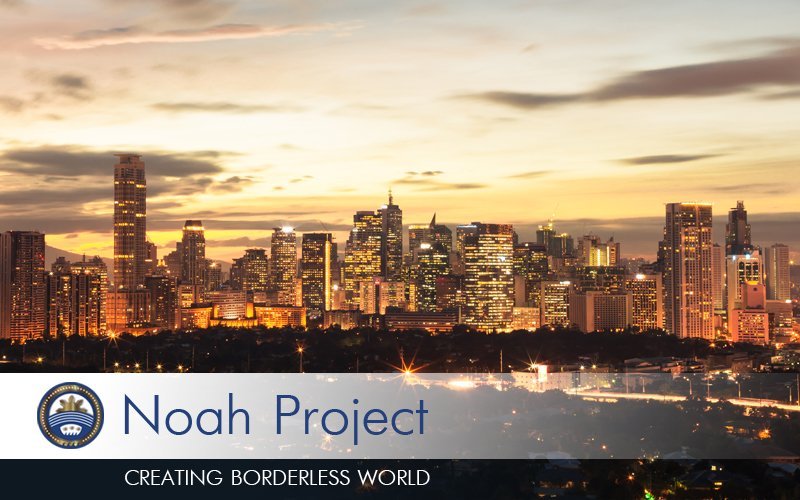 Often we hear about the blockchain technologies disrupting industries such as investment, finance, data security or healthcare. However, for many people living in developing countries and unfamiliar with bitcoin and latest IT trends, the concepts of “blockchain” or “digital currencies” seem to be not just ‘terra incognita’ but also an impractical innovation. How can blockchain be applied in their real life and solve vital problems?

Migration is one of the main demographic trends of the last decades. According to the UN statistics, as of 2018, there are 258 million migrants in the world. The reasons for this demographic phenomenon can vary from political instability and natural disasters to the search for a better life and, of course, work.

Labor migration is typical for developing regions such as Africa and Asia. Residents leave their homeland to earn money and help financially their families left at home.

As stated in the UN report, in 2017 the total amount of money transfers exceeded

$596 billion, of which $450 billion was sent to developing countries. In such regions remittance payments quite often make up the bulk of the budget on which the families live. This money is used to meet basic needs, including food, clothes, education, transportation or medical services. In other words, for millions of people in Asia or Africa the adequate standard of living almost entirely depends on remittance transfers received from relatives working abroad. Moreover, even the economy of these states is based on them. For example, in the Philippines over 10% of its GDP comes from remittances.

Today’s world remittance market can serve as a vivid example of the imperfection of the existing financial system.

The transfer of funds usually looks like this: a person sends a payment in his local currency through a bank, the bank converts money into an international currency (like dollar), then transfers it to the correspondent bank of the recipient’s country, which converts the funds from dollar into another local currency – and allocates them to the recipient’s account. Evidently, this process undergoes multiple stages and involves a chain of participants. As a result, the transfer takes several days and banks charge commission fees at each stage of the transaction. According to a World Bank study, sending remittances costs an average of 7.13 % of the amount sent. In some countries this indicator is significantly higher – 9. 82 % in Japan, 17.13 % in South Africa.

Banks remain the most expensive way of making cross-border money transfers, with an average cost of 10.57 %. The cheapest is Mobile Money that charges a commission fee of 4.21 %, which still is pretty big. Another problem is that not all the money transferred reach the destination. Analysts assume that over $32 million fail to be received.

Despite the actions of the World Bank aimed at reducing the remittance costs, this process is not moving fast enough. Facing the acute problem such as multiple intermediaries, high commission rates and risks related to overseas payments, people start to search for the new and more efficient ways of money transfers. That’s when disruptive technology comes to show its real usefulness and help migrants and their families.

Digital transactions via blockchain can become the innovative way to make the remittance industry more fair and people-friendly. Cryptocurrency payments don’t require third parties and can be processed easily and instantly – within several minutes.

As the blockchain technology eliminates banks as monopoly intermediaries, the transfers will cost much lower as no additional fees or overheads are involved.

Moreover, virtual money payments are transparent and thus reliable. The nature of blockchain lies in decentralization. It means that all the information about the transaction is stored not on one server or a computer, but on millions of them. Therefore, both a sender and a recipient would be able to track the money flow and know exactly whether the funds have reached their destination or not. With this technology, there is no risk of losing money somewhere between the parties and their wallets.

In traditional finance, including the remittance industry, fraud and hacking make the huge problems for institutions and users. Unlike centralized banks, the distributed ledger network is almost impossible to compromise and hack.

The pioneers head their way

The concept of blockchain remittance systems is still new to the market, but the most forward-thinking ventures have started to explore and implement it. Several countries have already got access to such option of sending money. For instance, in Kenya, Nigeria, Tanzania people can take advantage of BitPesa – a platform that allows instant virtual payments and money transfers.

The Noah Project started in 2016, the project focuses on implementing several blockchain-powered products. All of them are designed to bring innovative technologies closer to people and thus enhance their lives. One of the sectors developed by the Noah Project involves the web-based application for remittance transfers.

To enable the process the company has created Noah Coin serving as a digital token in the Noah ecosystem. The application users will be able to send money (cryptocurrencies or Noah Coins) to their homes taking full advantage of fast, cheap, and easy remits. With the product developed by the Noah Project, the cost of money transfers can be cut down to 2-3 %, which is by 3 times less than via traditional bank transactions.

The Noah Project team believes that for millions of migrants in Asia and in the whole world the blockchain opens new opportunities to deliver financial support to their families. Thanks to the decentralized digital nature, the technology facilitates rapid and guaranteed cross-border transfers. More importantly, blockchain puts a user in the driver’s seat – he becomes the one in control of his finances.

While blockchain is on its way to transforming many industries in the future, it has all the chances to provide real value to many people worldwide today. Companies like the Noah Project not only develop an exciting alternative to traditional ways of payment but sustain economic growth through new technologies. They create the borderless world where a person can support his loved ones regardless of his location.

More info about the Noah Project in telegram chat. Join the discussion!