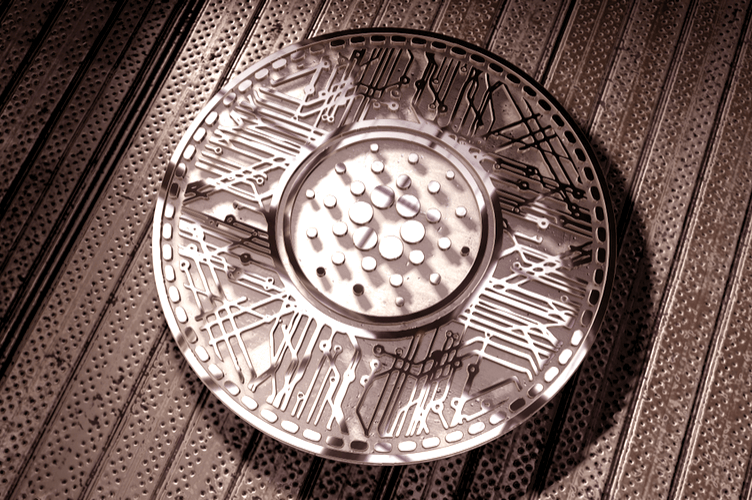 The cryptocurrency market, as it seems, was the playground of some very impactful bear-whales making it very difficult to predict any next move by the token assets. As a clear example that coins were changing hands massively by big guys is Bitcoin’s 7 days movement. 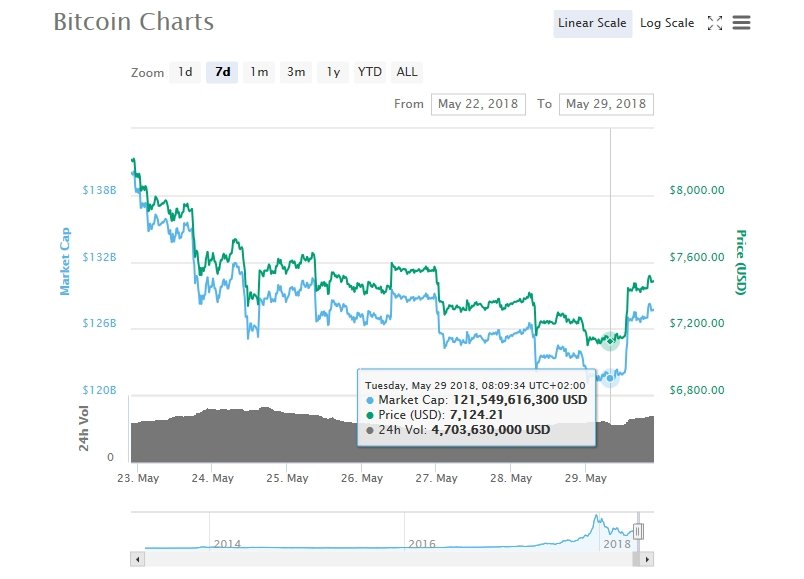 The speedy dives and upward jumps are clearly visible. However, as the lead coin by market capitalization approached to break the $7,000 support buyers stepped in and saved the day. Similar all leading coins are in the green per time of writing. Two of them are in a hurry to revers the last day losses: IOTA and Cardano. 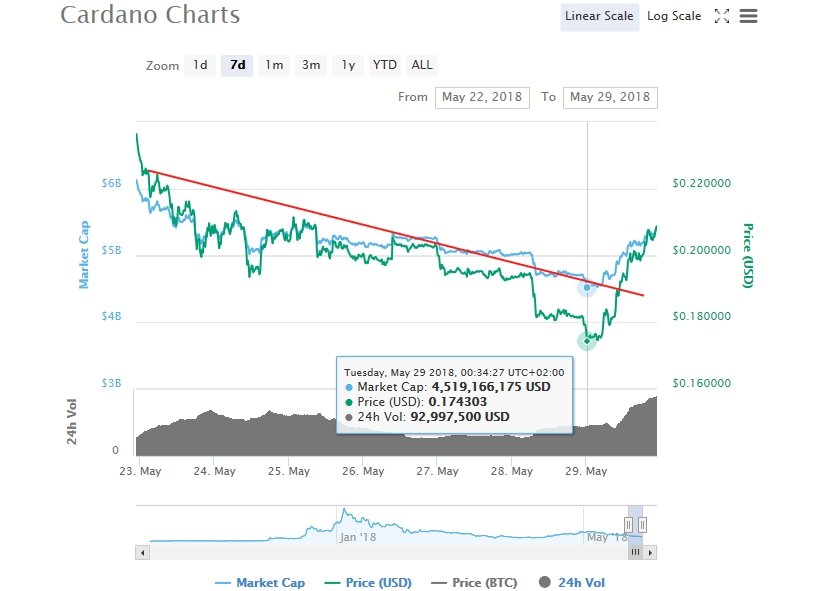 The level at which ADA dipped the last day has not been touched since beginning of April when there was struggle to initiate any sort of recovery after the major losses during the beginning of the year. For now, as long as the pair ADA/USD stays above the major $0.2000 mark, gates are open for more confidence filling gain.

Cardano and its CEO Going for the Top

According to the founder and CEO of Cardano – Charles Hoskinson, his coin will beat Bitcoin and Ethereum in one year. Mr. Hoskinson made the comments right after ADA reached the 7th position by market capitalization.

What a coin makes is its supportive infrastructure that hoists the market capitalization = market cap. Which is why the team that created Cardano and its platform have been concentrating most in its tech improvement and upgrades.

If you take a look at all cryptocurrencies and their ultimate goal, you will find one major similar characteristic. Making change for the better. But, the target gets blurrier as platform is not at a purpose-level and consumer centric.

That is why a leader like Bitcoin, despite being very famous, might find real competition as it is struggling every day to get closer to its created purpose. The individual/group who want to be an adopter looks firstly at the team, philosophy and science running the network. Which made Charles Hoskinson say the above.