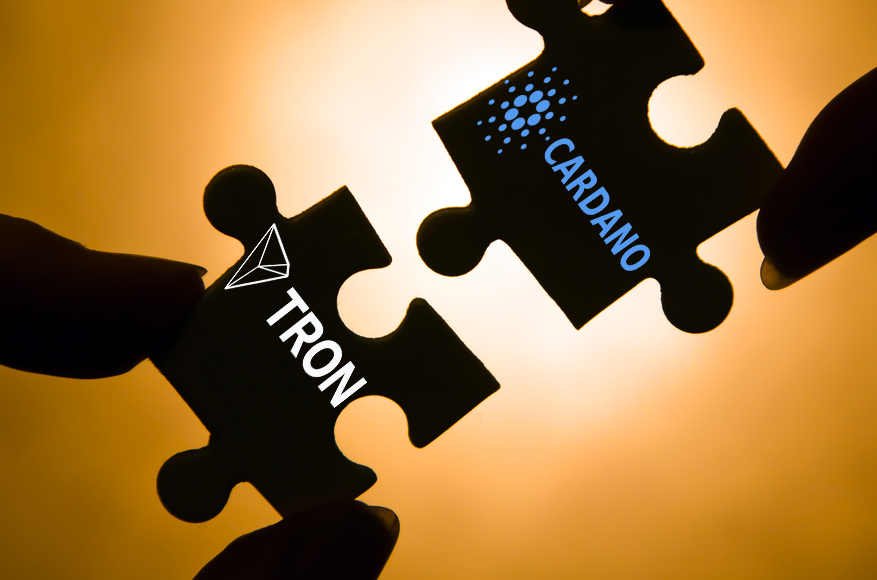 It was very surprising for the whole crypto-verse when the co-founder of Cardano proposed for ADA and TRX to work together. The latter one did not sign down the papers right away but is going to seriously think about the idea.

Even with all the major transformations going on in the market, which most of them were negative for the present environment, some coins still made it to continue developing and advancing. Cardano (ADA) and TRON (TRX) are in the small group of digital currencies that nailed down various business partnerships in these rough months. That is why, nobody predicted this move.

@justinsuntron you guys should use our mantis client instead of Ethereum Java https://t.co/u2e2pObqYE the code is much better, security audited and consensus is pluggable for a DPoS style protocol.

Not many believed at first if it is true as various enthusiasts believed that this would be a great chance for both of the leading coins to establish a strong team.

I'm being entirely serious. They seem to be using a fork of ethereum java. It would be much much better to use Mantis as a base

To combat the skepticism, Charles Hoskinson even confirmed that this is not irony and that he is completely serious. According to him, TRON’s use of Ethereum Java is holding this coin back, and Hoskinson has offered TRX to start using Cardano’s Mantis client. Mantis, according to Hoskinson, offers a much better code, security, as well as a DPoS-style protocol.

Keeping in mind that TRON is still-under-work to win the complete freedom from Ethereum blockchain, this would be an extra signature to turn its back to the secodn in lead. On June 27th, Sun replied saying that they are trying to be the best and it is sure that they will have a look at mantis.

The event was breathtaking for many. On Twitter almost everybody was supportive of the idea, and on the social news aggregator Reddit individuals pointed out that going for it could be the best to choose by TRON.

Mantis would allow TRON much more space and exposure, and through its use, it might finally be able to fully rival Ethereum. Still, it would appear that Sun is still thinking this idea over since no official statement has yet been released.