Cardano price did follow our forecast and sailed on the bullish boat even more. For the moment, ADA/USD is climbing and reaching new all-time highs every hour!

As mentioned in our previous Cardano price against the US Dollar writing, in the case that the supports around $0.5500 and $0.6000 hold ground after dipping upon reaching the new territory of $0.775 and do not let the value enter its previous range bound, ADA/USD is set to enter again a bullish trend market. 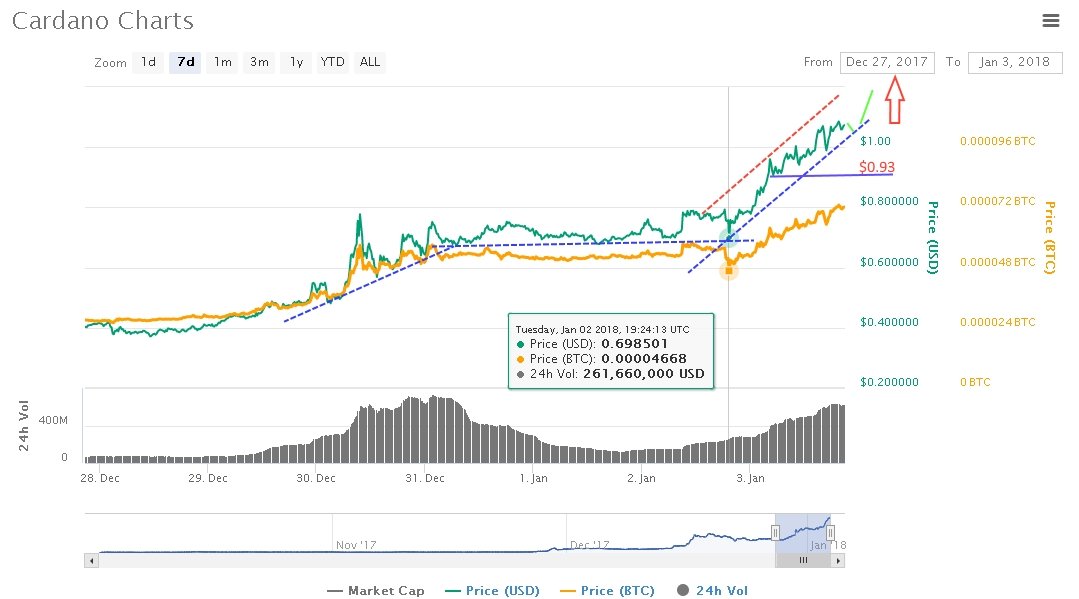 Source: coinmarketcap [Depending on the general market predicted movements]

The ranging area on the first and second day of the new year should be welcomed by traders after entering the $0.7000 zone and being able to hover around the previous high as it always presents a tank-ish level to be faced with. Bulls were waiting on a good opportunity and the fear of missing out struck the whole market right on time as the token price of Cardano dipped towards the lows of $0.7000.

Per time of the writing, ADA is trading around $1.07 against the US Dollar with almost 40 percent increase in the last 24-hours and leading the BTC market for a similar amount. It does not seem like it, taking hint from the general market, however if the chart does pullback – $1.00 and the area just above $0.9300 will most likely secure any further losses performing as supports while it could be the best time to buy as new and higher trading grounds are forming around the global market as more traders are stepping in the game.

Moving one step back, Ripple just surged above the important $3.00 and raised its market cap bar above $120 billion, moving closer to BTC and making its distance bigger with the following altcoins. Standing out today is Stellar with a strong 60.00 percent gain and NEM on similar tracks reaching $1.72 for the first time. 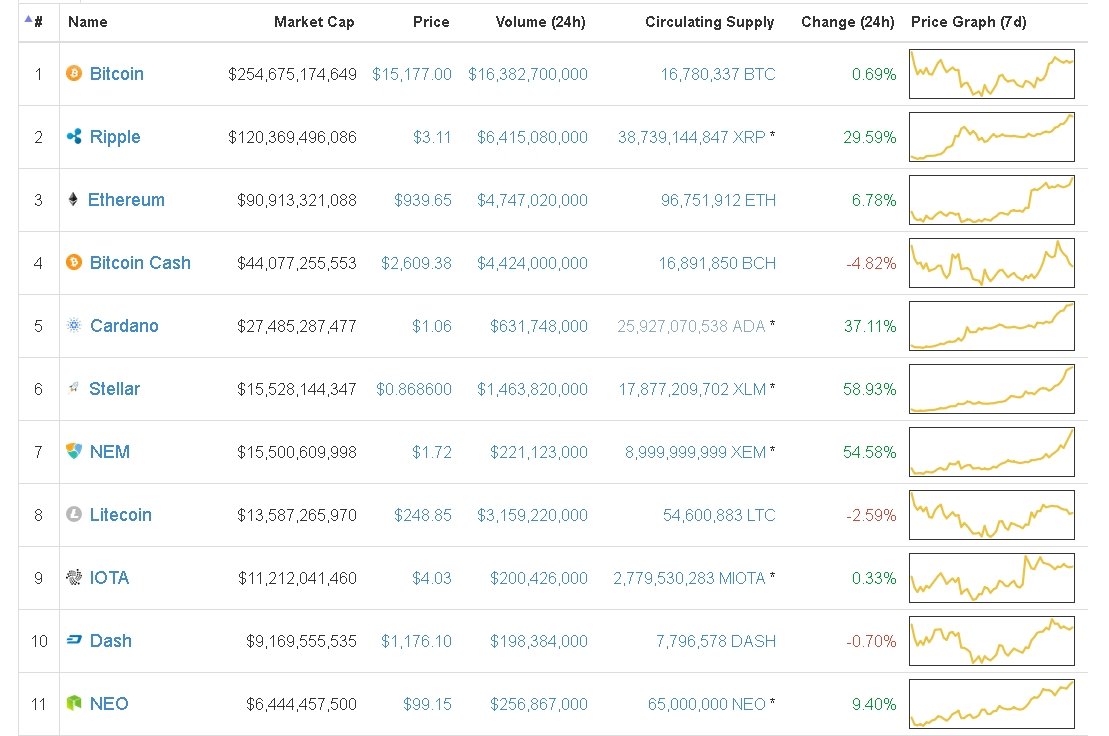