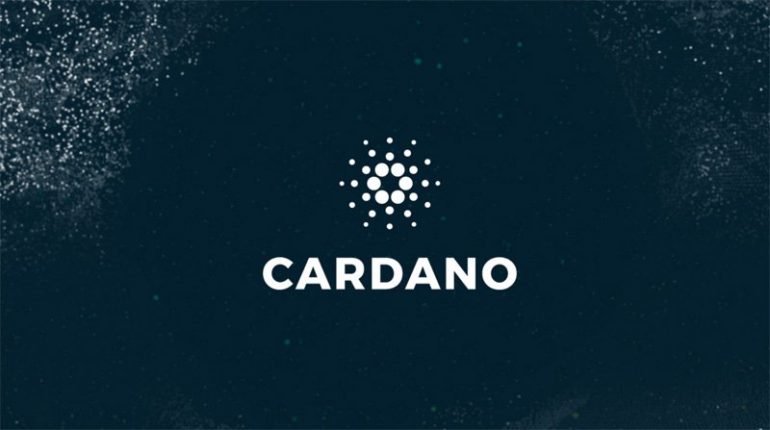 Cardano price gained a strong momentum rocketing the price upwards to $0.7773 marking a new record value. However, ADA/USD met sellers around the $0.70 tanking any further climb.

A very similar Ripple like movement in the last days followed up the previous ranging price for Cardano as both are topping previous highs and continuing the day with a 22 percent increase in the last 24-hours. The ADA/USD pair moved above the $0.7000 level, however failed to stabilize bears and bulls to create a new trading ground. 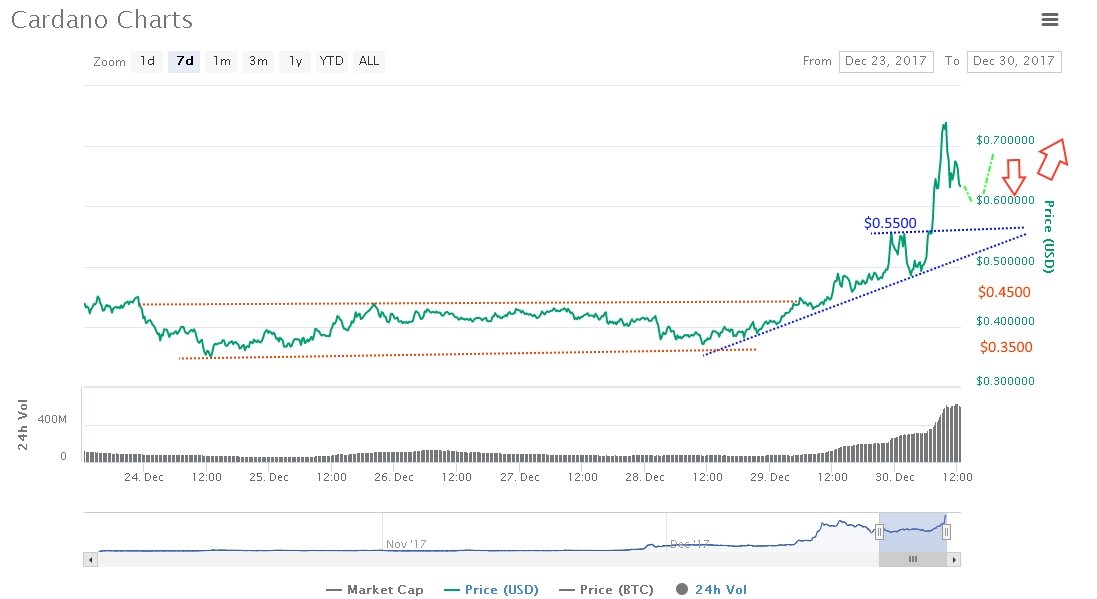 Source: coinmarketcap [Depending on the general market predicted movements]

After forming the high of $0.7773 Cardano price faced a lot of offers. On the hourly chart of ADA/USD, the token declined downside below the $0.7000 while breaking down supports on the Fib Ret levels. As time of the writing, it is trading just above $0.6000 below which two trendline supports are waiting to hold. The later one being just above $0.5100 might secure a continuation of gain on the second half of the day.

Depending on the global market of the top leading cryptocurrencies, ADA might stabilize around $0.5500 forming a new trading platform against the US Dollar. However, a dip lower than the mentioned area could tank the coin to re-enter its range bound which would be a level that is not recommended to trade.

For the moment, the only two on the green-gaining zone are Cardano and Ripple who surpassed Ethereum in market cap size reaching a strong $85 billion. 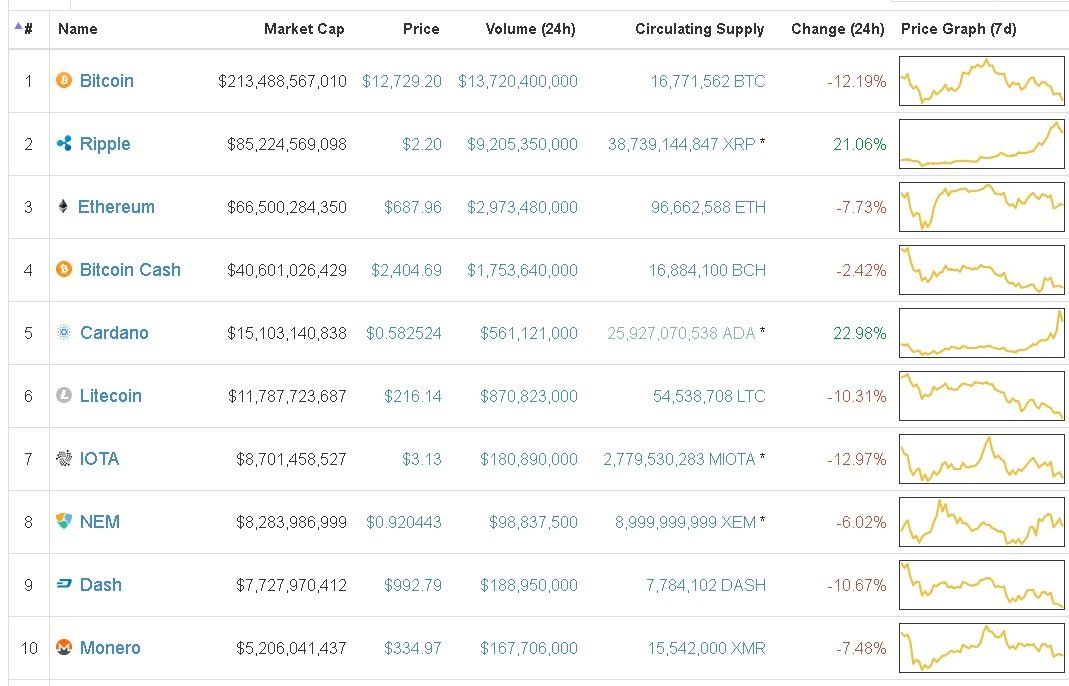