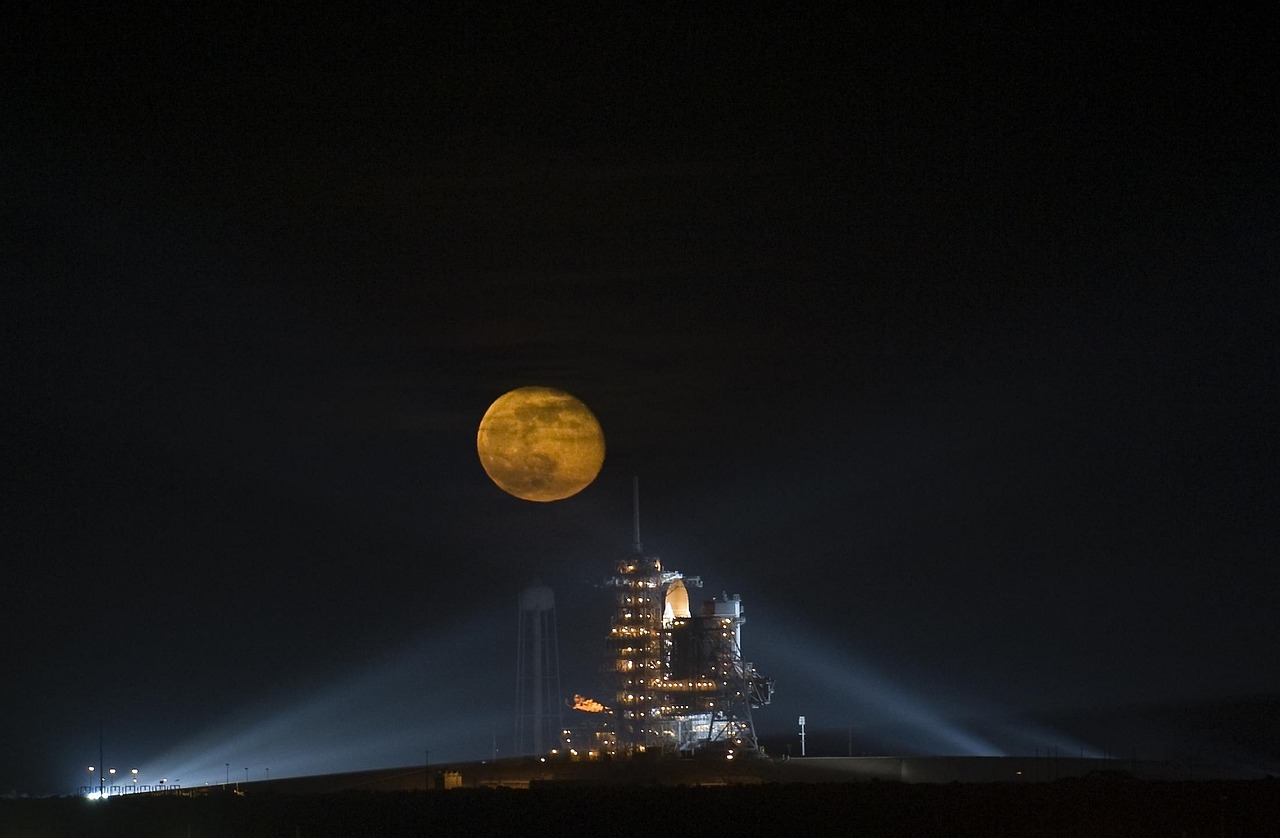 Everything seems to revolve around CoinBase and the effect it has on coins whenever they offer support. Coins like ZRX and ETC rapidly expanded moments after listing. And investors expect CoinBase to list ADA in days to come. So, the excitement is palpable and even relieving.

ZRX is now live at https://t.co/bCG11KveHS and in the Coinbase iOS and Android apps. Coinbase customers can log in now to buy, sell, send, receive, or store ZRX. https://t.co/kzDisSZrFu

After all, the platform plans to “quickly add more coins” according to the exchanges COO. That’s why they pursued the $300 million series E funding. They said it was for infrastructure development. Aside from BAT, ADA is one of the five coins under exploration by the exchange. Questions about their centralization and their “prototype” state could mean they won’t get a straight pass. However, the platform is working towards decentralization, autonomy and is completely community driven. But the pressure is on, Project Shelly has been pushed to Q2 2019.

Now, complaints are beginning to fly with some urging Cardano to employ more coders. If not, then the team shouldn’t set deadlines they can’t meet aware that quality supersede everything else and there is no rush to launch without quality assurance. Otherwise IOHK—a wing that heads development and vet app for quality–will be held responsible.

IronX is a fully regulated and supported exchange for crypto investors, online traders and ICOS.
Created by global leaders in online trading the IronFX Group and Emurgo HK, creators of Cardano and ADA Coin, IronX represents a new era in online trading.https://t.co/I2wXDoS1XD

In the meantime, IronFX and Cardano’s Emurgo plan to launch an exchange with ADA as base. To this end they plan to raise $22 million and launch the exchange next month. The specific day is tentative.

All things constant, the pair is stable—at least for now. ADA/USD is down four percent in the last week and up roughly two percent in the last day. This hints of indecision as prices consolidate horizontally in lower time frames inside important levels. 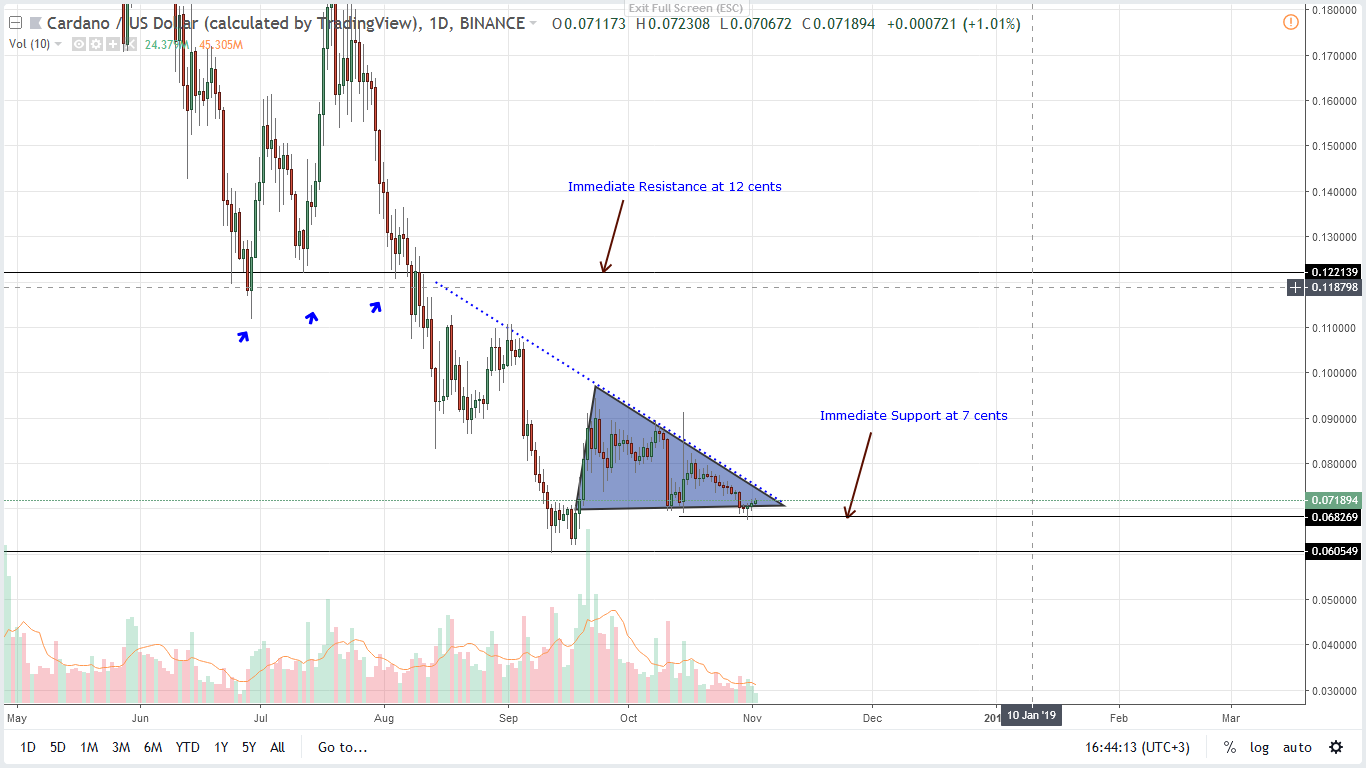 Thing is, even after 100 reversal of 2017 gains, ADA/USD is still bearish. Connecting recent highs print a negative sloping trend line and the result is clear for everyone. Further cementing this assertion are Oct 11, Sep 5 and Aug 8 high volume bear bars from where most the last three months price action has been held in. These are the hallmarks of bears and it could be worse for ADA assuming investor expectations are not met.

It is contrarian but the activity of end Sep invited capital lifting ADA/USD in the process. This fades the general trend because even as prices print lower lows, ADA/USD is still trending inside six high volume bars of Sep 18 -23. Then, volumes were high averaging 250 million. In subsequent days—from late Sep and the whole of Oct, volumes were low at around 130 million. Therefore, from a volume-based strategy, this is bullish. As a result, it is likely that ADA/USD may find support at 7 cents.

Since week ending Sep 23 bars confine recent price action, clear supports can be found at 7 cents. From the chart, 7 cents represent Oct 11 lows and after rejection of lower lows on Oct 15, a double bottom is visible.

Even if ADA/USD is bearish when we analyze this pair from a top down approach, volumes and candlestick formations point otherwise. As such, it’s likely that ADA will expand in coming days. The mark of bulls will be a break above the three months resistance trend line. If there are volumes, then we suggest buys with first wave of conservative trades loading once momentum lift ADA/USD above 9.5 cents.

This is not Trading Advice. Do your own research.