The Korean company targets constantly on forming and creating supportive infrastructure for digital currencies to be integrated on various platforms or mobile apps. The partnering-up event was declared by KEN Kodama – Emurgo CEO, and easily to be titled very important for Cradano’s stable rise in the top of the cryptocurrency list while additionally giving users from South Korea better and faster touch with ADA coins.

“I am very excited to partner with EMURGO integrating Ada coin into Korea’s one of the biggest mobile payment platforms. We are simply focused on delivering incremental sales and value to our offline and platform partners along with Ada coin owners.” – Kim Seungyeon, Metaps Plus CEO

The event is of vital role for Cardano and Emurgo as the latter one is attempting with no-stops to welcome businesses and have Cardano’s service and platform be demanded on a wider market.

The CEO of Emurgo also added that “… [this] partnership with Metaps plus will allow Ada to expand more rapidly and be recognized eventually as a new way for payment settlement in the Korean market.”

And that just the beginning, Cardano’s token asset will be showcased to a mouth-watering market that appreciates around 1 bln mobile app downloads.

For the time being, the pair ADA/USD is changing hands at $0.3227 with 0.85% losses in the last 24-hours. However, it is attempting to clear the weekly declining trend after dipping at $0.3000 which acted as a support and opportunity to buy in. 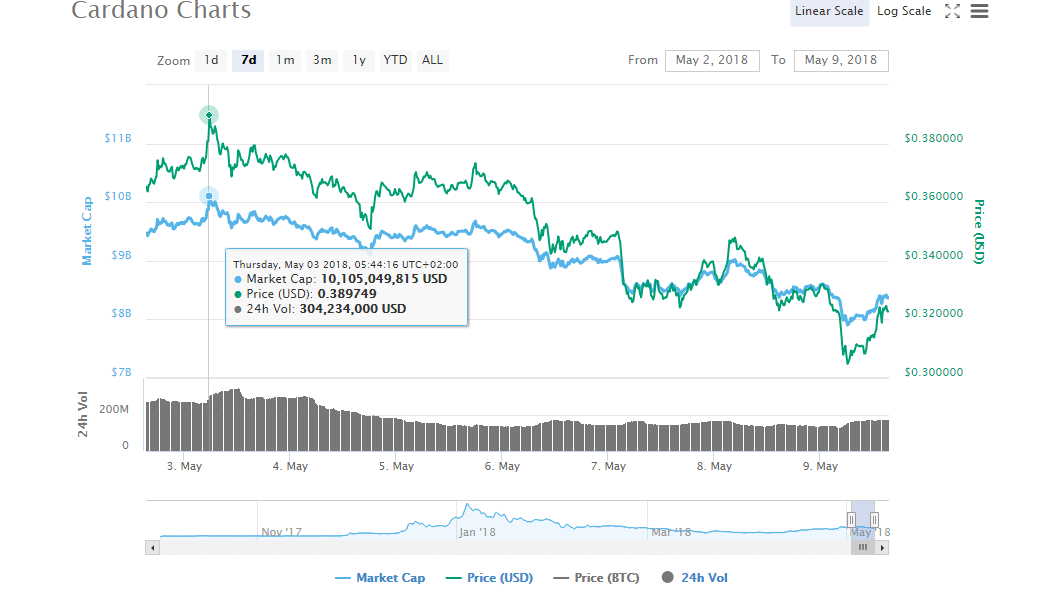