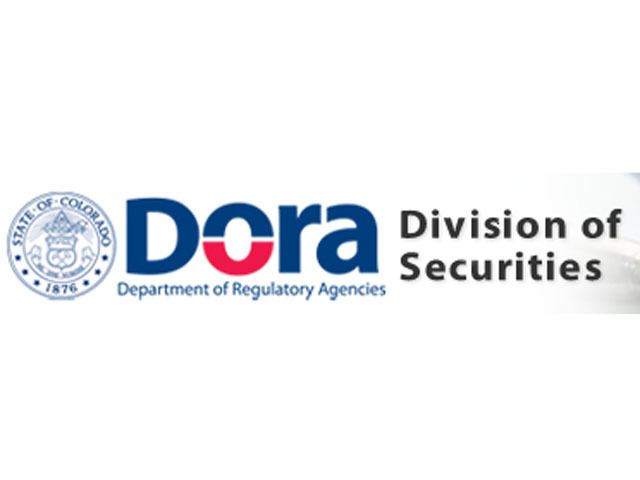 According to a publication on the regulator’s website, the State’s Division of Regulatory Agencies (DORA) instituted an “ICO Task Force” in May to probe possible fraudulent projects aimed at cryptocurrency investors. These recent orders issued to Bitcoin Investments, Limited, Prisma, PinkDate, and Clear Shop Vision Limited are based on the findings of the ICO Task Force.

The four firms are allegedly offering unregistered securities to citizens of the state. In the publication, the securities regulator highlights the alleged fraudulent activities of the four companies.

The Division alleges that the companies offer an unrealistic return on investments ranging from 27% to 95%. Through their separate ICOs namely DB Token ICO (Bitcoin Investments, Ltd), PinkDate ICO, Prismacoin, and ORC Token (Clear Shop Vision Ltd), these companies solicited investment from Colorado citizens despite not being registered with the State’s Division of Security.

Bitcoin Investments, Ltd allegedly offers 1% daily returns on investment. The company also claims that in 2017 investors received an average of 95% return on their registered investments.

PinkDate allegedly sought to raise $5 million through the sale of its cryptocurrency. The company did not disclose its business address or employees.

In the case of Prisma, the company purportedly operated an arbitrage and lending platform. Investors had to buy the company’s virtual currency – PrismaCoin to use the platform. The firm promises investors returns of up to 27%.

For Clear Shop Vision, the division claims that the company has issued three unregistered ICOs since June.

On receipt of the orders, the cryptocurrency companies are to immediately stop all operations that violate the state’s Securities Act, including fraud and issuing unregistered securities.

On the Federal level, the US SEC is not stepping down its enforcement efforts against illegal cryptocurrency schemes. State securities regulatory agencies are also making efforts to protect their citizens against fraudulent cryptocurrency investments.

Earlier in the week, the Texas State Securities Board filed a cease and desist order against AWS Mining company for allegedly selling unregistered securities. According to the regulator, the mining company promised investors a 200% return on funds invested in cryptocurrency mining power contracts.