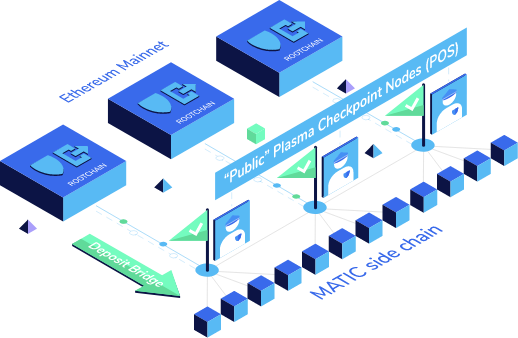 India is one of the most important destinations in the crypto space.

One of the main reasons for that is, evidently, the country’s size: India hosts 1.3 billion people on its soil, representing a large market for cryptocurrencies. Indeed, digital assets has proven popular among local population — during the 2016 demonetization, for instance, many Indians turned to cryptocurrencies in search of a more sustainable source of investment. Secondly, India’s blockchain-positive efforts has been turning heads: over 50% of Indian states are now reportedly involved in blockchain-related projects, while local government agency has even rolled out a free 12-week undergraduate course on bitcoin, cryptocurrencies and blockchains, accommodating the domestic demand for the technology.

As a result, India is now on its way to become a major harbor for blockchain startups across the world.

Meanwhile, Ethereum-related companies seem to have taken a particular interest in the country.

Interestingly, a recent research showed that Ethereum — the world’s most popular blockchain platform for decentralized applications (dApps) — has in fact dethroned Bitcoin in India, topping it as the most searched-for cryptocurrency.

According to free internet provider Jana, Ethereum constituted a 34.4% share of currency searches overall versus bitcoin’s 29.9% in 2018. At some point, Ethereum searches were double that of Bitcoin.

Further, Consensys, a New York-based startup that is crucial for ethereum ecosystem (its founder Joseph Lubin is also a co-founder of Ethereum), has entered India, looking to develop ethereum-based solutions to cater for the local industry.

“It is for this that we are launching our first education programme in India in June. We have not done this anywhere else. We are going to offer a number of courses and train people,” she said.

Additionally, Kavita explained that Consensys is looking to do projects for the local government in the areas of supply chain and land titling, as well as for the private bank sector, supplying financial entities with Ethereum blockchain-based solutions.

A Local Player Making Waves in The Ethereum Community

Vice versa, there is a local company that offers a way to enhance Ethereum. Enter Matic, the Mumbai-based startup that seems firm on its way to become one of the most notable crypto projects hailing from India.

It was founded in November 2017, although its CEO Jaynti Kanani says that his team had been looking for scaling solutions for end-user products even before formally registering their company.

Thus, Matic claims to have an efficient solution for Ethereum’s Achilles heel.

Despite achieving a major breakthrough in the industry, Ethereum suffers from a scalability issue: its network can only process up to 7 transactions per minute, which is nowhere near the performance of centralized companies like MasterCard, which allegedly puts out thousands of transactions per second. That has been considered to be one of the primary obstacles on the road to the mass adoption of the decentralized technology, which the crypto industry has been longing for.

According to the project’s whitepaper, Matic Network aims to solve the scalability and usability issues, while not compromising on decentralization and hence leveraging the existing developer community and ecosystem.

To achieve better scale, Matic Network reportedly relies on side chains to perform off-chain computation. Essentially, that allows process the majority of transactions off the Ethereum chain. Those transactions are then subsequently registered as single operations on the original blockchain, therefore allowing Ethereum network to operate effectively even despite its limited capacity.

Further, Matic claims to employ the Plasma framework and a decentralized network of Proof-of-Stake (PoS) validators. Unlike Proof-of-Work (PoW) — the model currently used by Ethereum — PoS does not impose strict limits on the block size due to its staking mechanism.

While PoS blockchains are generally known to achieve better performance at the cost of decentralization, Matic Network allegedly solves this problem by using a high throughput blockchain with consensus provided by a selected set of Block Producers — the PoS equivalent of miners who get to validate transactions on the chain.

In the long run, Matic attempts to enhance the scalability performance of dApps, allowing them to compete with centralized applications while staying decentralized. Notably, those scaled-up dApps might not be necessarily based on Ethereum, as Matic has plans to make its solution blockchain-agnostic (which means suitable for other chains, like bitcoin or EOS, for instance).

That, in turn, could accelerate the mass adoption of blockchain.

Matic’s achievements have already been noticed by credible players such as Coinbase and Binance. Meanwhile, its native token — MATIC — has been breaking the charts even during the relentless bear market, surging as much as 75% in a single day after joining Binance Info’s transparency initiative.

Overall, Matic has proven to be one of the most interesting crypto projects that India’s passion for Ethereum has produced so far. Time will tell if it manages to break the scalability curse and bring decentralization to masses, but for now, it’s worth keeping an eye on this rapidly growing startup.