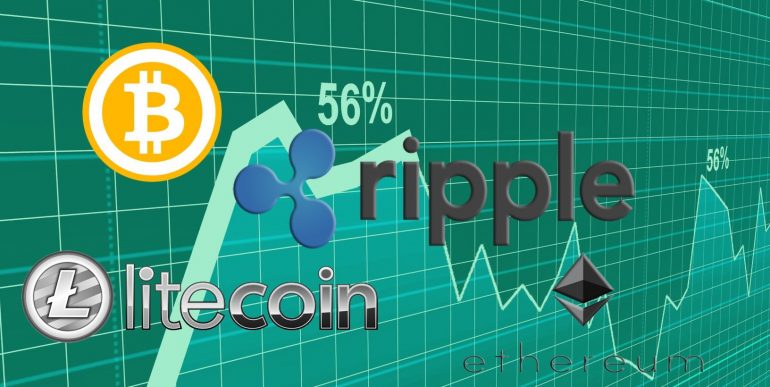 Despite the over-night attempt of cryptocurrency prices to stay above critical psychological supportive marks, Sep 14 as time of the press the whole market has experienced a price drop which led to monthly lowest of the top leading virtual currencies.

The market capitalization of the global range has dropped to only $120 billion just now which has not happened since early August. In the last 24 hours most cryptocurrencies in the top-ten are experiencing double digit losses more-so in a weekly understanding the decline is up to 40%.

Bitcoin is aiming to go lower than the major $3,500 mark which could be good news to use as a buying dip and bad news in the matter of lost supportive trading ground. This is its monthly lowest since early August.

As predicted in an early writing today for Ethereum price, the bearish setup has acted its way pulling the value lower against the US Dollar breaking any support in its way. After clearing the formed $274 support on the hourly chart for now the decline will continue as long as the whole market drops in prices.

Very surprising is Litecoin’s monthly long run which was always above the $60 supportive line, hovering under the $70 mark. In a couple of minutes its 24-hours lost raised to negative 20.00% hitting the $47 mark – also monthly lowest.