Cryptocurrency Mining – Nvidia Turning their Eyes towards the Mining Market 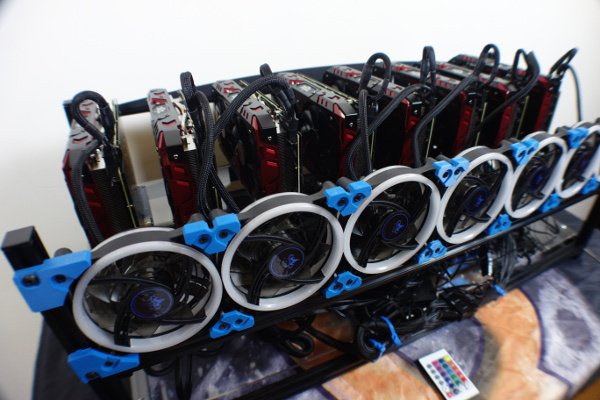 In the wake of record-setting growth for digital currencies like Bitcoin and Ethereum, graphics card manufacturer Nvidia has expressed their intent to focus more on the cryptocurrency mining market.

Bitcoin and Ethereum prices spiked to their ATH (all time high) and mining became profitable for individuals and miners rushed to purchase as many graphic cards as possible in order to profit from the surging prices of both Bitcoin and Ethereum.

The mining rush was so severe, that it even caused a national shortage of graphics cards in Russia. The graphics cards shortages made manufacturers like Nvidia and AMD realize that there is another profitable market for graphics cards, and that’s the cryptocurrency mining market.

FOCUSING ON THE CRYPTOCURRENCY MARKET

According to a recent article in MarketWatch, Nvidia CEO Jensen Huang stated that the cryptocurrency mining market could potentially become another profitable area for Nvidia. In a recent phone call with analysts, Mr. Huang stated:

“Crypto is here to stay, and the market will grow to be quite large. It’s not likely to go away any time soon. There will be more currencies to come, they will come from different nations…We stay very close to the market, and understand the dynamics very well.”

The most interesting aspect of the whole cryptocurrency mining rush is the potential development of GPUs for mining. While Nvidia officials have declined to comment on rumors that the famous graphics cards manufacturer is developing GPUs that are specifically made for cryptocurrency mining, Huang recently hinted to analysts that the company offers coin miners “a special coin-mining SKU [that is] optimized for mining.”

It’s also worth noting that thanks to the recent mining rush AMD shares have soared from the increase of graphics cards sales as well.