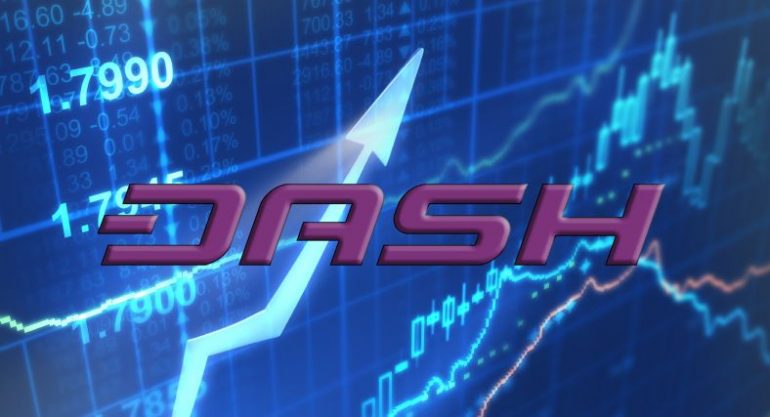 Out of the Top-ten cryptocurrencies based on the market cap, Dash is the only one to gain over 11 percentage points in the last 24-hours which is quite unique and contrary to all the other following Bitcoin and its price development steps.

On Sep 21, Dash has surpassed by market capitalization Litecoin [LTC] at the $2.7 billion mark while its price continues to recover also in a speedy momentum.

For now it is the only digital currency that is closing in to its all-time high territory of $403.37 which took place on August 26 with a market cap of $3.031 billion (very close to current state of its capitalization) as it is trading [for the time of press] at $362.14 with a continues surge.

Since the major market crash on the regulation news and rumors spread about Bitcoin, the DASH/USD did drop to $224.09. Since then it has reached and climbed to $369.07 which shows 64.69 percentage point increase compared to the base value crash.

The trading volume now has surpassed for the first time the $100 million level since record territory as it is exchanging $133 million in the last 24 hours. Bithumb is leading with 59.35% at $79 million, followed by HitBTC with 6.88% at $9 million.

A very interesting market change while Dash took the fifth place instead of Litecoin which was not able to overcome the selling pressure and the major psychological resistance at $60 to open gates for more gains keeping in mind that that was indeed its stable trading ground and supportive formed lines for days.