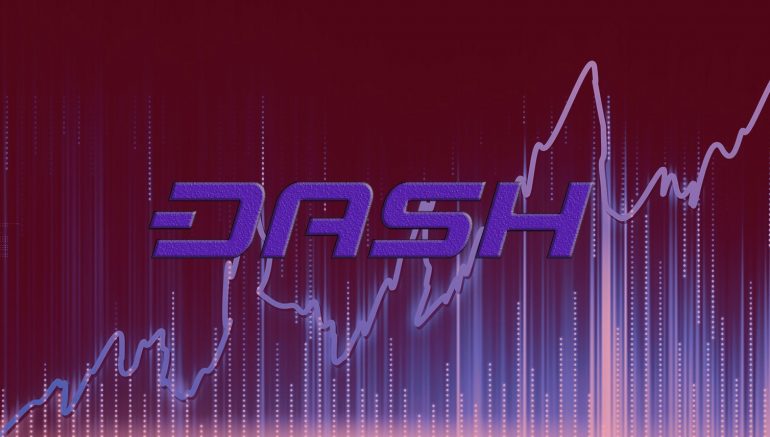 After forming a bullish trend for a couple of days, now Dash has surged targeting the $400 mark for new heights and uncharted territories. Mostly when altcoins have a slow-gain of momentum it will quickly run out of energy but its contrary for Dash – the digital currency that keeps increasing and climbing upside.

Dash Taking On the $400 and Fighting for More Gain

As for the time of the press writing, it is trading at $382.14 with a 11.05 percentage point increase in the last 24-hours. With no doubt, the community users that have this virtual asset in their portfolio are more than happy for the recent development. It did not just experience gain against the USD but even Bitcoin price was tanked by Dash price. From 0.074 BTC it went to 0.09 only over the weekend.

Since January it increased from around $13 against the USD to for-a-moment climb of $409.77 in the previous day. So for only a year that is more than a significant increase. But keeping in mind that the fight to find support over the $400 price will continue for more some time just knowing that there is a lot of profit and sellers might come back right now to be sure to book some benefits of the recent upward catapulting.

Korean Exchanges that offer pairing Dash with currencies like Won and so on, are pulling out the most Dash trading volume daily. Bithumb (Korean Exchange) only in the last 24 hours had a majority of $166.2 million trading volume followed by Poloniex with only $34 mil as second leading the pack. Just from that it is easy to conclude that all the latest movements would not come true without the Korean exchange developments that took place, which truth to be told is hard to know why.

The movements that users and portfolio crypto-holder are doing like stepping aside from Bitcoin, for example recently Monero or Dash is happening because of privacy appreciation. Bitcoin does not really deliver any kind of privacy or anonymity which case could be an issue for many users. so the look-out for other options is quite acceptable by the market.

Of course the main question now is – Will Dash keep the upward movement?

As the saying goes everything that goes up on value or price sooner or later will be descending. However, not forgetting that Bitcoin price against the US Dollar is keeping strong and healthy ground which concludes of much space for other altcoins to grow in price. But in the end, selling pressure and quick-term profit making traders should not be forgotten as there is a high chance they will come back and make big benefits of the last surge.

Lastly, as mentioned above – Dash with certainty is one of the most successful digital currencies for this year. Its position is well deserved and the competition will be concluding with better results for both sides in the market.