Last week, the first manufacturing blockchain for industrial OEM SyncFab rolled out the official wallet for its MFG token. The MFG digital wallet is equipped with features that bring SyncFab closer to actualizing its goal of making manufacturing supply chains more efficient and transparent.

SyncFab is a decentralized, blockchain-based platform that connects factories directly to machine parts manufacturers. Manufacturers that use SyncFab will eventually no longer have to rely as much on procurement managers, parts brokers and other intermediaries to manage their supply chains. Instead of paying “finder’s fees” to middlemen, manufacturers can place and track orders through SyncFab.

“SyncFab’s integration using blockchain technology makes us an industry first in our space for a public facing platform whereby we recognize the opportunity of being first to pioneer standards for those who would later like the convenience to adopt an existing solution,” said SyncFab Founding CEO Jeremy Goodwin.

SyncFab’s newly released MFG wallet is equipped with two new features that take SyncFab one step closer to changing the way that manufacturers interact with their parts suppliers. SyncFab is currently testing both of these features with a select group of customers. Once testing is complete, they will be rolled out to all MFG token wallet users.

SyncFab uses MFG token rewards as an incentive for suppliers to participate in the SyncFab network. They can earn MFG by submitting price quotes. The faster a quote is provided, the more MFG they can get. In most cases, whichever bidder gets selected, receives 10% of the total MFG reward. Losing bidders get an 80% share and the remaining 10% goes to the MFG loyalty program.

Previously, MFG could only be purchased on cryptocurrency exchanges. Now, MFG can be obtained directly in the MFG wallet. Payment options include debit cards, credit cards and bank transfers.

In September of last year, SyncFab partnered with the government of the city of San Leandro, which is located across the bay from San Francisco. The city is helping to onboard its local manufacturers and parts suppliers.

SyncFab’s continued success and growth in the current bear market shows that the company has what many other blockchain projects lack: a clear use case.  With the latest developments, SyncFab is solving practical problems to demonstrate that blockchain is more than just a passing fad. 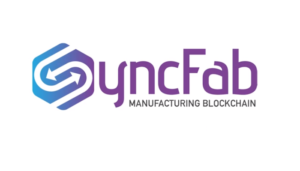