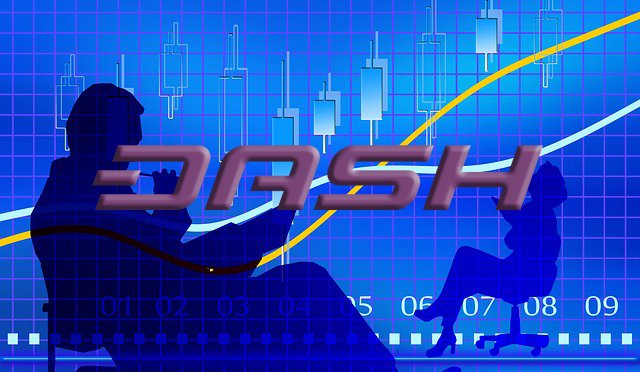 On the short term it is very noticeable that all cryptocurrencies are going through a declining of-price phase after reaching important profit making marks. This was followed after bitcoin price hit almost the $4,500 mark on some exchanges where it met sellers losing surging steam and the descending trend initiated.

One of the top-performing cryptocurrencies this year is DASH which as we speak is quite on the loss streak going below the major $300.00 mark.

After the regulation crackdown, Dash had a very unique price development. For example on the 21st of Sep, Dash was recovering a significant percentage of value it did lose before, while on the other hand Bitcoin, Ethereum and the following altcoins where struggling to move on a recovery trend.

This concluded with a very contrary experience the previous weeks, while BTC was on its recovery surge, Dash’s past days were disastrous. More specifically, its market cap dropped from US$2.58 billion to US$2.28 billion in just seven days, which is a rather steep decline.

It is somewhat disconcerting to see the Dash price going down by such a significant amount all of a sudden. While it is not uncommon for altcoins to take a nosedive when the Bitcoin price is recovering, this sharp downturn is not exactly what most people had in mind. Not too long ago, it seemed like Dash price would hit US$400 again and create a new trading ground while outperforming Ethereum on price, but those plans have been put on ice for the time being. 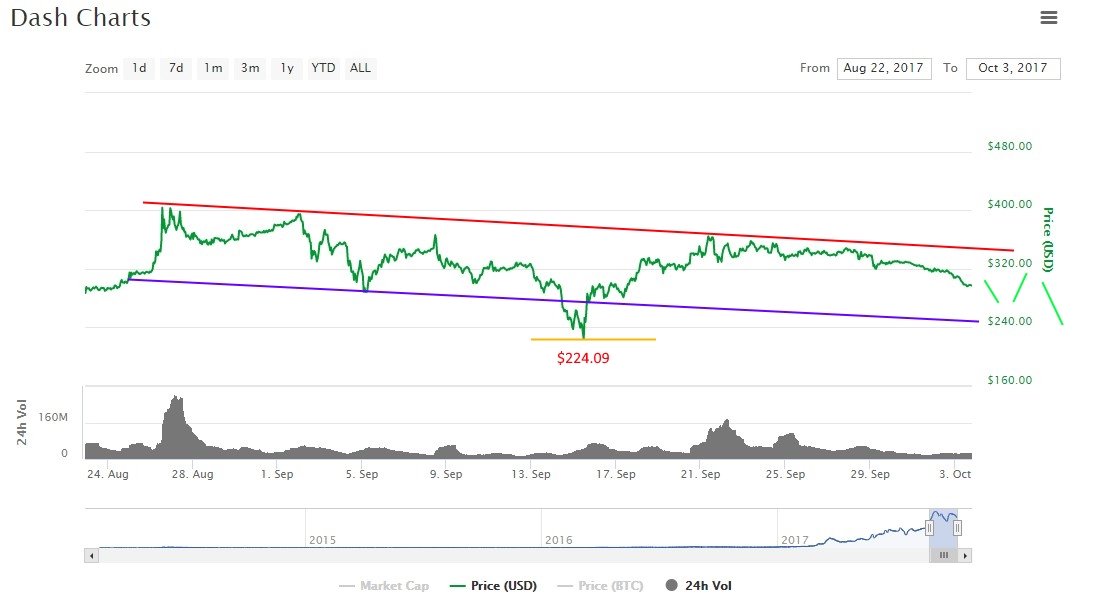 The major trading volume for the moment when it comes to DASH is on HitBTC which is not any significant player in the market. Bithumb comes in second place, followed by HitBTC with its USDT trading market.

Supporting lines are waiting around $280.00, $260.00 or even $225.00 if the previous ones are cleared. There is virtually no interest in buying or selling Dash right now, which is rather remarkable. It is unclear why the market has soured all of a sudden, even though some people feel Dash has been overvalued for quite some time now.