Dragoncard is here: Spend ETH or BTC via a Debit Card 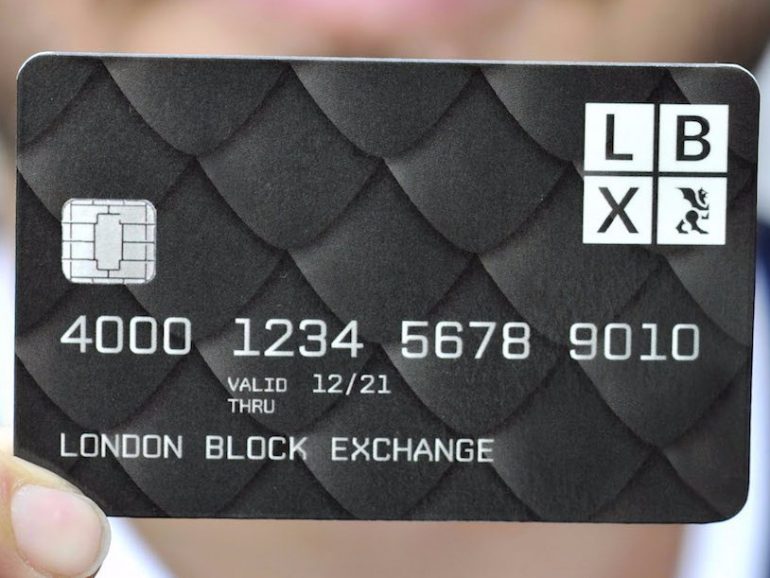 London Block Exchange – startup, is launching a prepaid card which is connected to an app giving the opportunity to users to spend or hold virtual currencies. Until now, the firm has raised around £2 million from private investors.

The London Block Exchange (LBX) launched on Tuesday. It plans to launch a sterling-to-cryptocurrency exchange and a prepaid Visa debit card, dubbed “Dragoncard,” that will allow people to convert bitcoin, ethereum, ripple, litecoin and monero to sterling and spend it across the UK. The startup plans to add more cryptocurrencies in future.

Wavecrest will be the provider of the Visa card which is a Gibraltar-based pre-paid card ‘deliver’. The card is going to be linked with an app that allows people to hold or buy crypto-s through the LBX exchange.

“Despite being the financial capital of the world, London is a difficult place for investors to enter and trade in the cryptocurrency market.

“We’ll bring it into the mainstream by removing the barriers to access, and by helping people understand and have confidence in what we believe is the future of money.”

A. Bryant added on the matter:

“We’re offering a grown up and robust experience for those who wish to safely and easily understand and invest in digital currencies. We’re confident we’ll transform this market in the UK and will become the leading cryptocurrency and blockchain consultancy for institutional investors and consumers alike.”

Customers will be charged a 0.5% for buying and selling cryptocurrencies on its platform and the Dragoncard has an up-front fee of £20. LBX says card provider Wavecrest will also charge a small fee for ATM withdrawals.

LBX’s launch coincides with an explosion of interest in cryptocurrency in 2017. Bitcoin has rocketed over 500% so far this year and the total cryptocurrency market has ballooned to close to $200 billion thanks to the popularity of “initial coin offerings,” where startups issue digital coins as a way of raising money.