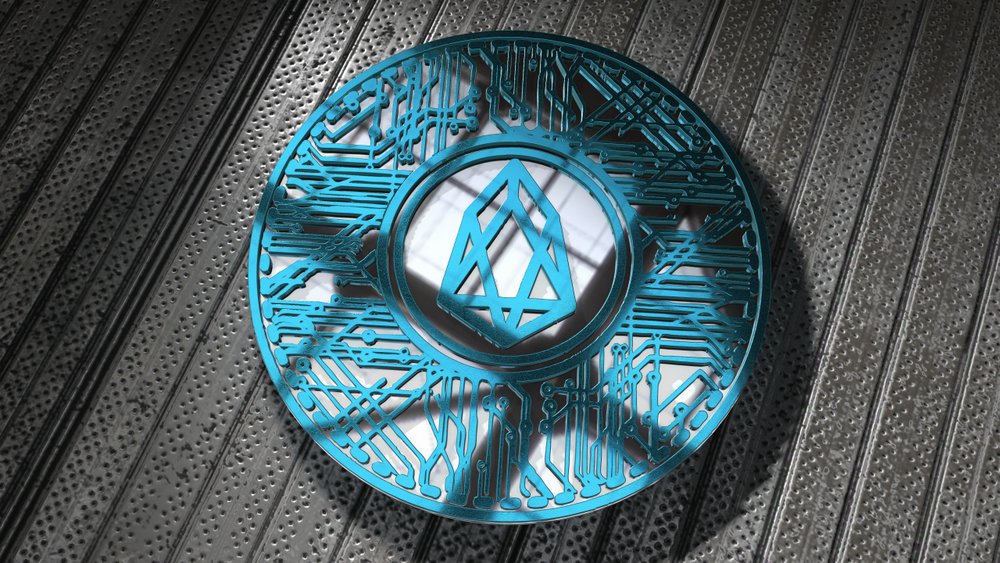 After a major freefall of the digital asset token prices in the crypto-market, buyers are having their saying using the opportunity to step in very low. Accordingly, the pair EOS/USD is at 10.43% gain in the last 24-hours reaching the level of $12.24. 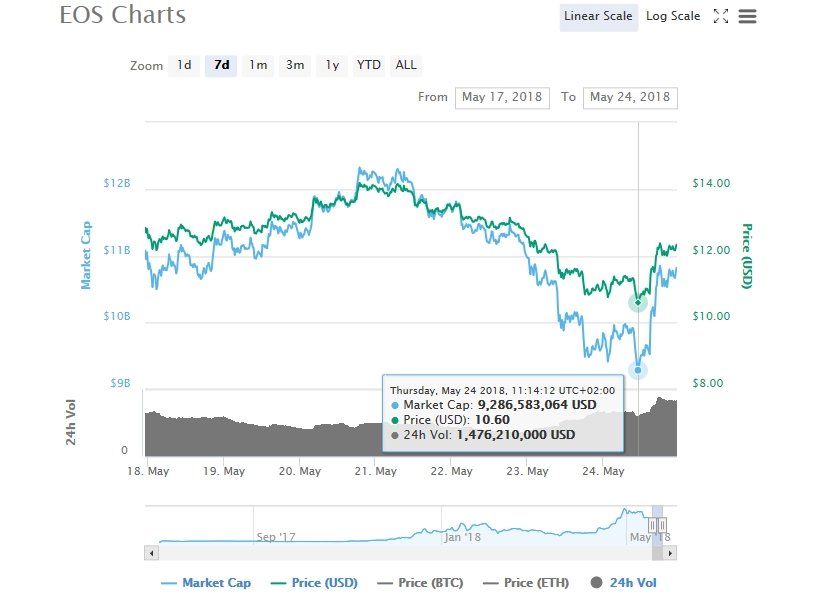 The most trading by volume per exchange is going for the Asian based platforms. Bithumb is leading with 19.63% volume in the last 24-hours for the EOS/KRW pair. Upbit follows up at 15.39% volume. Despite clearing the daily declining trend, the pair is struggling for now to break above $12.20 which could take some time. But, as the market in general is moving upward, the same wave probably will take EOS even higher.

Often when the market is not looking very good, cryptocurrency have an attraction-effect of pulling one enthusiast to divert attention to its technical intricacies. The technical side of the projects that we all are fans of. 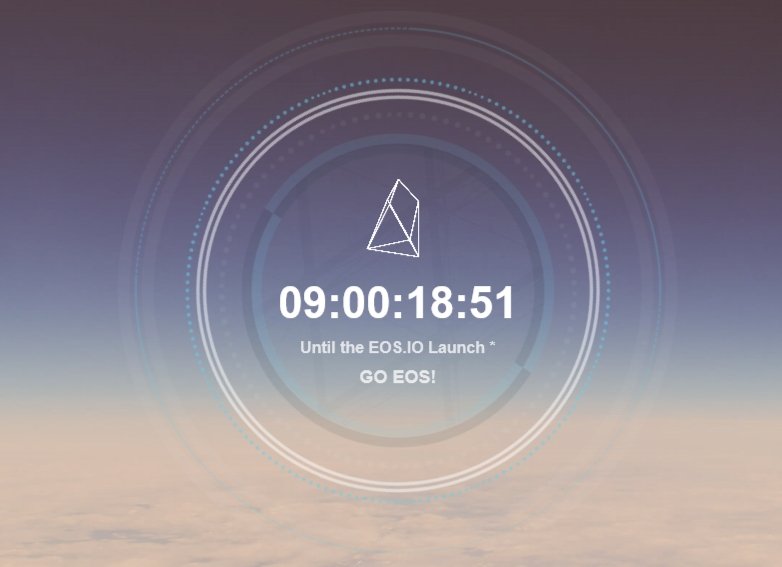 Picture – from the online countdown page.

EOS mainnet plans on being the most powerful platform for decentralized apps with superior smart contract capability to that of Ethereum. TRX and EOS are currently an ERC20 tokens which means you can use your Ethereum wallet address to send and receive them.

According to the Exodus Movement, which recommends registering your EOS address, all ERC20 tokens will be frozen on June 1;

“EOS Mainnet tokens are to be distributed in a 1:1 ratio to the ERC20 tokens held by registered addresses. The current ERC20 EOS tokens are simply placeholders. All tokens are said to be swapped for Mainnet EOS tokens after the launch of the Mainnet.”

Very similar to IOTA which was looking to find a way to solve existing problems and issues that cryptocurrencies are facing right now, EOS developers believe that the famous scaling problems are solved with which Bitcoin and Ethereum do deal quite a lot.

It is a platform which give the opportunity to developers to work on decentralized apps on a blockchain architecture and environment that plans to bring the best smart contracts tech into this platform.

EOS functions on the DPoS mechanism and has only 21 block producers who are responsible for validating each block. Having only 21 full nodes to confirm a transaction results in a net increase in the number of transactions that can be processed every second. Each block producer can mine only one block at a time. They take turns to mine a new block after every half a second.