Without a doubt during the day crypto-enthusiasts noticed a sudden, while speedy, surge of coin values against the US Dollar on exchanging platforms or price-informing sites which hoisted the total-global market capitalization from $130.5 bln to $133.0 bln.

During the upward movement the fifth largest by market cap Litecoin LTC/USD experienced the a double digit gain standing out among many other famous cryptocurrencies. Right in its tail was EOS [market cap – $3.4 bln ranked 4th] moving fast towards the major $4.00. However, as the buyers were cooling down it did not take much until the pair EOS/USD entered a range while slightly standing on the green most of the last 24-hours. 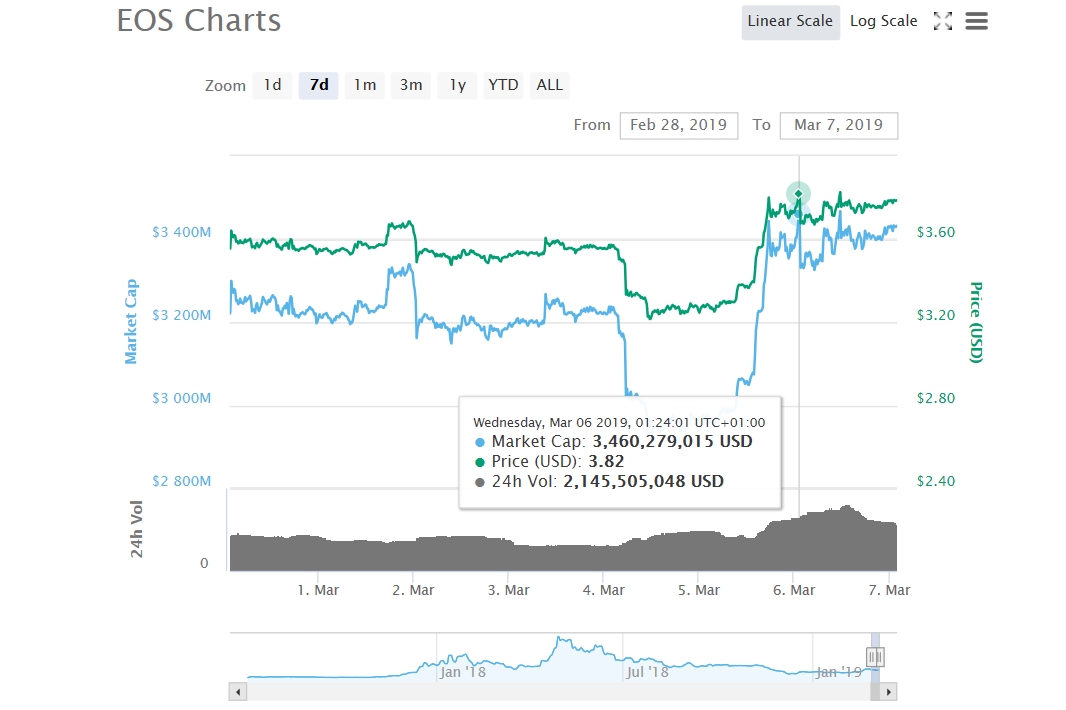 Just recently, the EOS community has launched an EOS-tech awareness raising campaign via a so called EOS Torch. With the concept of passing the just minted torch-token forward, the project is targeting of gaining bigger attention towards the network.

Welcome to the #EOSTORCH project. The EOS community has minted non-divisible 1 TORCH token which is being passed from account to account

Join the chat in the telegram channel https://t.co/IZqca4mhYf

Even that the two projects do look very-alike by first sight the differences exists. Lightning Toch – users who hold/carry the token add a small amount of BTC while passing it with the means of a test of trust, EOS Torch – no monetary value and no reason to defect the process.

While it will take its own time to reach any parallel level of attention compared to that of Lightning, the EOS Torch’s impact is very much on question by many. The torch-campaign does make more sense for Lightning Network as it is a project that is targeting to make cryptocurrency transactions easier and faster meaning. For EOS, the standing out characteristic is Decentralized applications or DApps and not cryptotransactions.