EOS Noteworthy Features for Those Choosing to Step In: EOS/USD Surviving the Bears 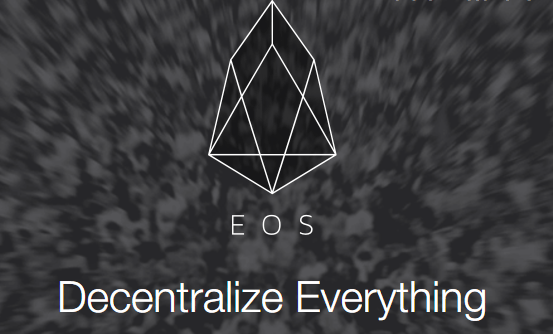 The past weeks were very welcomed by all crypto-enthusiasts as a bull-run did take-off and digital currency assets recover much value against US Dollar in a very short amount of time. However, as the leading coins [like Bitcoin BTC going for the $10k] attempted to overcome major levels but failed to do so, and as an outcome almost all crypto-assets are suffering now the particular impact.

One of the top-ten coins by market capitalization – EOS, has managed to survive and enter the green-gaining zone for the last 24-hours as it changes hands at $18.50 with 5.50% climb. 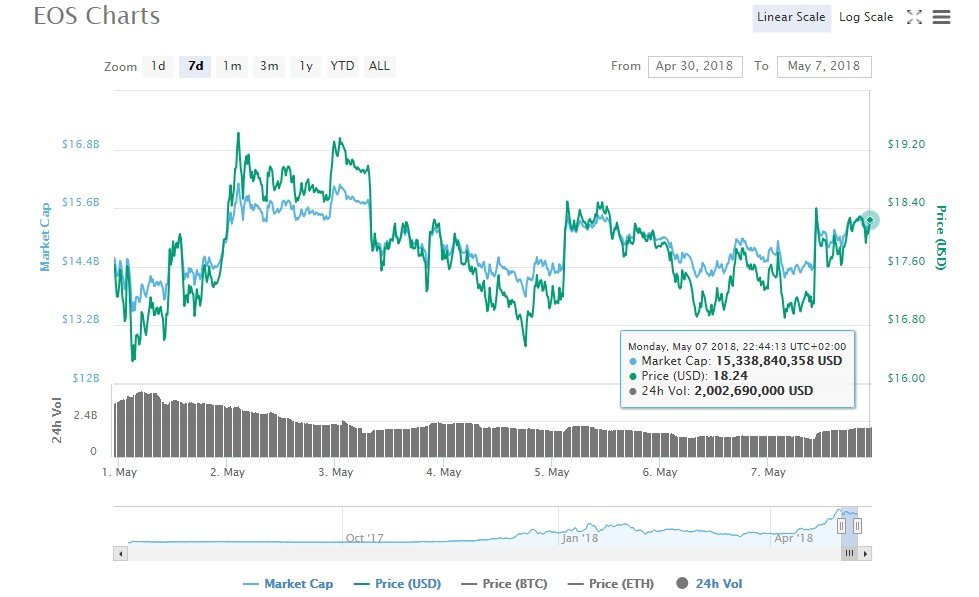 As it is range bounding like a roller-coaster, it is not recommended to put trades when the value is hovering in the middle of the range as any turn of event could take place.

Very similar to IOTA which was looking to find a way to solve existing problems and issues that cryptocurrencies are facing right now, EOS developers believe that the famous scaling problems are solved with which Bitcoin and Ethereum do deal quite a lot.

Founder of Bitshares and co-founder of Steemit – Dan Larimer, is supervising the launch and development of its Main Net, which is scheduled for June 2018.

It is a platform which give the opportunity to developers to work on decentralized apps on a blockchain architecture and environment that plans to bring the best smart contracts tech into this platform.

Keeping in mind that leading platforms like Bitcoin or Ethereum do use the PoW [proof-of-work] work, miners are required to set new transactions under valid-status before it is doors are open to be set to the ledger. The process could pull down the networks speed and raise the time need for a new transaction to be cleared.

For the sole reason of finding a solution to this particular problem, Dan Larimer came up with the DPoS – Delegated Proof of Stake.

EOS functions on the DPoS mechanism and has only 21 block producers who are responsible for validating each block. Having only 21 full nodes to confirm a transaction results in a net increase in the number of transactions that can be processed every second. Each block producer can mine only one block at a time. They take turns to mine a new block after every half a second.

For the spirit of decentralization, Dan Larimer suggested the use of DPoS, highlighting out that any node on the platforms network could turn into a block producer by getting enough votes and in the same way taken down if rules are not followed.