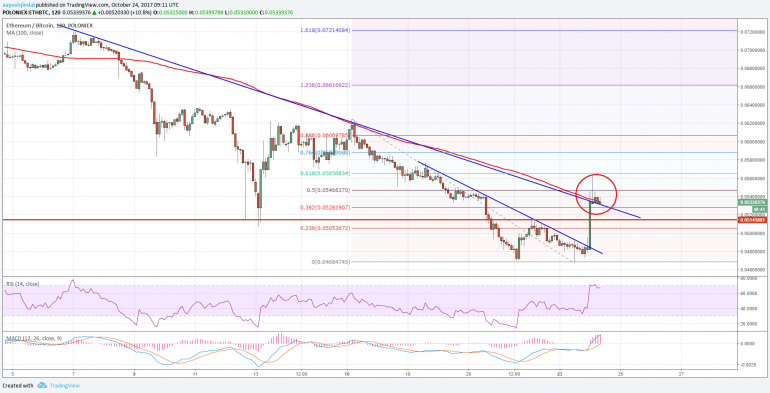 Ethereum price after a long struggle found support at 0.046BTC against the bitcoin. ETH/BTC has to gain momentum above 0.055BTC to remain in the bullish zone.

During the past few weeks, Ethereum price faced a lot of pressure versus bitcoin and declined below 0.050BTC. The ETH/BTC pair recently formed a low at 0.0468BTC from where a recovery wave was initiated.

The past two sessions were positive, as the pair was able to recover sharply and broke the 23.6% Fibonacci retracement level of the last decline from the 0.063BTC high to 0.046BTC low. It also managed to surpass the 0.050BTC handle, which is a positive sign. 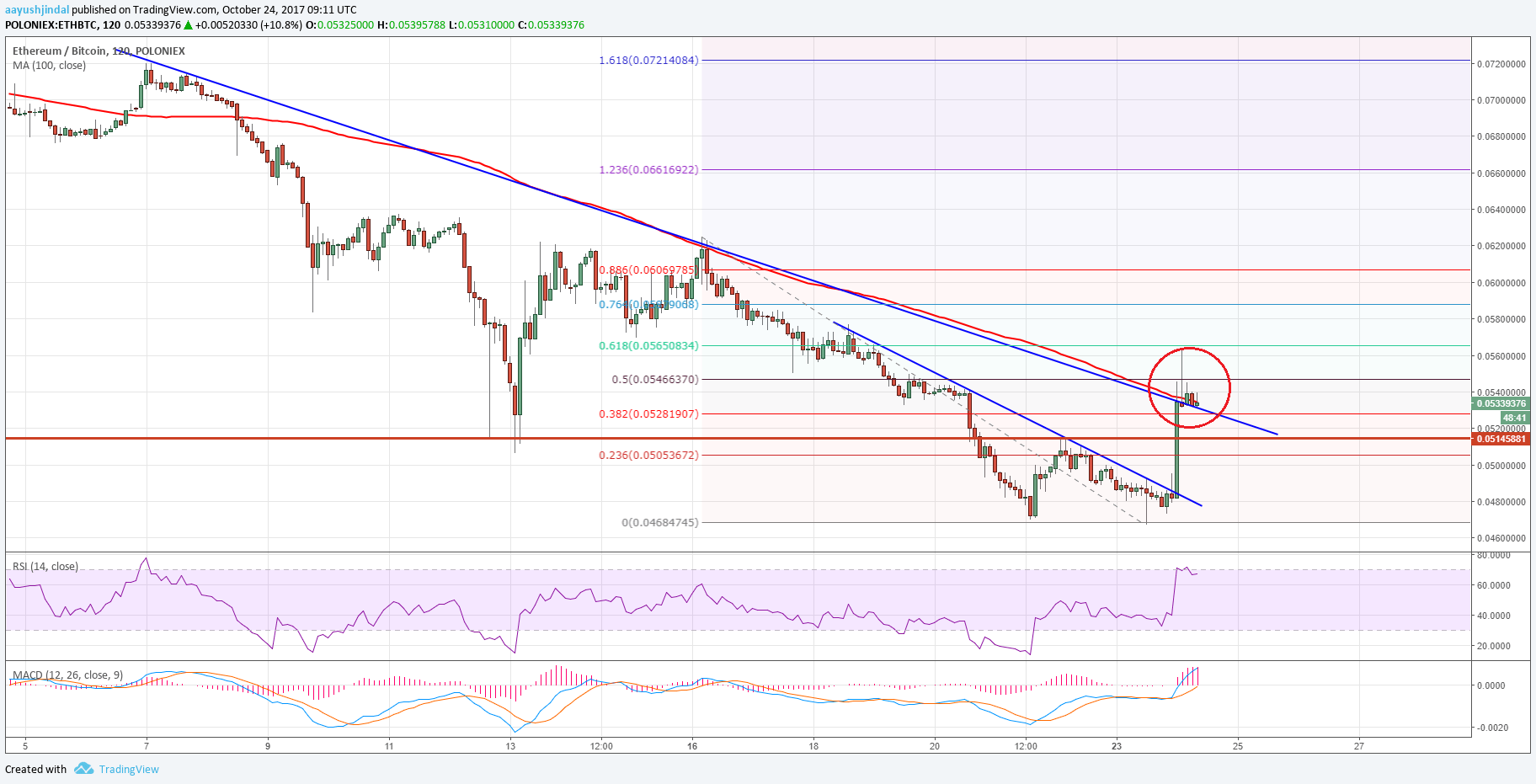 At the moment, the pair is attempting a close above a bearish trend line at 0.054BTC on the 2-hours chart. The trend line resistance is significant at 0.054BTC-0.055BTC since the 100 simple moving average (2-hour) is positioned around it.

Moreover, the 50% Fibonacci retracement level of the last decline from the 0.063BTC high to 0.046BTC low is near 0.0546BTC. Therefore, a proper close above 0.055BTC would mean a change in bias to bullish for ETH.

Once there is a close above 0.055BTC, the pair could easily move higher towards 0.060BTC and 0.062BTC. On the downside, the broken resistance at 0.050BTC is now a decent support. Below 0.050BTC, the price would be back in the bearish zone and will most likely retest the 0.045BTC swing low.

The 2-hour RSI for ETH/BTC has reached extreme overbought levels, which means there can be a short-term consolidation near 0.054BTC before the pair attempts further upsides in the near term.