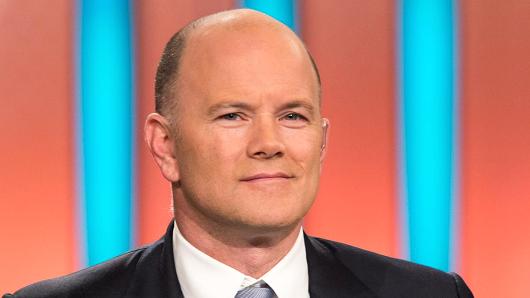 Mike Novogratz – former Fortress macro trader has just made his prediction shot calling the $40,000 price on BTC and the triple of $500 for ETH on CNBC.

That kind of price rally would take the global market capitalization of cryptocurrencies up to $1 trillion dollars. [dreamy milestone].

The man who called #bitcoin $10K back in October now sees this @novogratz pic.twitter.com/ZeO1ztoRUx

Why? Because Novogratz thinks there’s “a big wave of money coming, not just here but all around the world.”

Novogratz noted how the Nasdaq bubble was driven mainly by the United States. He sees the crypto craze as much more of a globalized phenomenon, pointing to major retail interest in South Korea and Japan:

“60, 70 percent of all global trading volume in these cryptos is happening in Japan and Korea. And so I have a sense that this is going to go a lot further.”

The idea that all prices which we see and follow that are changing everyday [increasing, decreasing] are held on a speculative platform is supported by Novogratz as he described BTC and ETH a “speculator’s dream” for the the reason that they are highly scarce and are not subject to supply responses of any kind:

Likewise, the macro-trader still doesn’t advise throwing all caution to the wind. He recommends everyday investors put around one to three percent of their net-worth into crypto, while he says wealthier investors could get away with as much as ten percent.

Mike Novogratz did hit the mark previously calling $10k on Bitcoin, so will the forecast now be on the same track of becoming reality?